George Bessette, Jr. Moving to DARE Stock Division at Stafford Speedway to Challenge for Rookie of the Year Honors 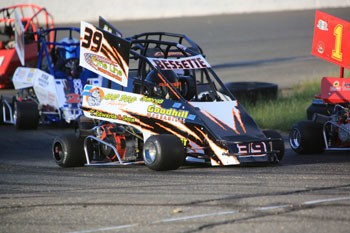 Bessette began his career in 2013 in the Tiger B division and made a steady progression, moving up to the Tiger A division the following season and then the Junior Outlaw division in 2015. Bessette finished third in the Jr. Outlaws in 2015 and he followed that up by winning two races this past season and finishing runner up to Steven Chapman in the race for the championship. With 4 seasons of karting experience under his belt, Bessette is feeling primed to make the move into the DARE Stock division behind the wheel of the #39 Lasco Roofing Chevrolet. 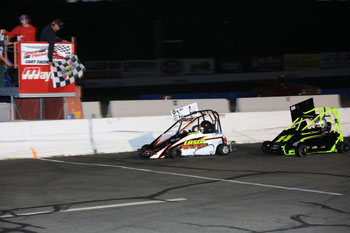 “I’m pretty excited, I’ve been counting down the days one by one when I’m at school,” said Bessette. “I’m excited and I feel confident. You have to have confidence to be a good race car driver. I’m really glad that Wade [Gagner] puts on a good show on Monday nights. I’ve learned a lot racing in the karts and that’s what gives me a lot of confidence that we can finish up with all the top running guys. Racing karts gave me some good experience at keeping my head together because there’s a lot going on in a very short period of time. Being a rookie the goal is to finish in the top-5 or top-10 in the first race and keep my head on straight. We’d like to be in the top-10 or top-5 every week and be up there in the points at the end of the season.”

While Bessette knows he faces a challenge in going from lightweight open-wheeled karts to a heavy full-bodied race car, he knows if he needs any advice, he can always turn to his father, George “Mad Dog” Bessette, a long time veteran of Modified, Late Model, and ProStock racing at Stafford and Thompson. 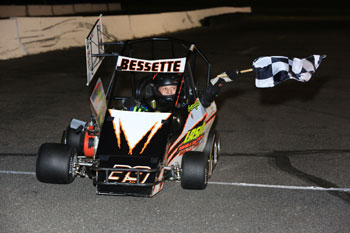 “I’m lucky to have my Dad who’s been racing at Stafford and Thompson for around 30-40 years,” said Bessette. “He’s really helped me a lot so far learning the basics of the car and what to do to stay smooth and keep my head straight. Having him in my corner definitely gives me a lot of extra confidence. I feel like I can go to the Spring Sizzler and I’ll have the support of my family and friends and I can go out there Saturday evening and get a good finish in the feature.”

Bessette can also take solace in the face that the car his family bought from Ed Puleo has a winning pedigree. Bessette also took the car out for several practice runs at Waterford so that he could get acclimated to the new environment of a DARE Stock machine. With the background of the car and the practice laps that he logged in preparation for the 2017 season, Bessette thinks that he might be able to win a race during his rookie season. 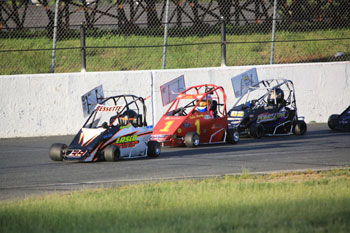 “I think it’s going to be quite a challenge to get the hang of it,” said Bessette. “I practiced the car once or twice at Waterford just to get a feel for the car and the biggest challenge will be trying to keep the car in a good position all year and keep the fenders on the car. We bought the car from Ed Puleo and it’s a good piece. The car has a good winning background at Waterford and it won at Thompson in the World Series in 2014. I feel like we’ll have a pretty good chance of winning a race. I’m good friends with Zack Robinson and he’s given me some pointers on taking what the car will give you.

Bessette will get his first taste of racing at Stafford Speedway as part of the 46th Annual NAPA Auto Parts Spring Sizzler on April 28-30. Tickets for the “Greatest Race in the History of Spring” are on sale now at the Speedway Box Office. Tickets are priced at $40.00 for adult general admission tickets, $5.00 for children ages 6-14, and children ages 5 and under are admitted free of charge when accompanied by an adult. Reserved seating is priced at $42.00 for all ages. As always, Stafford Motor Speedway offers free parking with overnight parking available. All tickets are good for both Saturday and Sunday admission. All ticket prices include 10% CT Admission Tax.