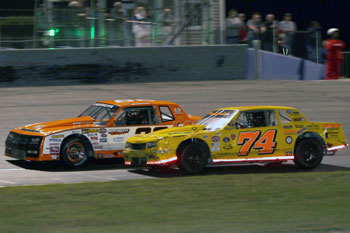 (Stafford Springs, CT)—For the 2017 season at Stafford Motor Speedway, 14-year old Danbury native George Bessette, Jr. made the transition from Wild Thing Karts on Monday nights into the DARE Stock division. After finishing second in the Junior Outlaw division points standings, in 2016, Bessette was confident he could make a successful transition to the DARE Stocks. After racking up a win to go along with 9 top-5 and 15 top-10 finishes to take second in the final points standings, Bessette took home R.A.D. Automachine Rookie of the Year honors, which carries with it a $500 bonus.

“We expected that we were going to do pretty decent because we had a good car, good people working on it, and my father had track knowledge from racing at Stafford and he won a few races,” said Bessette. “We felt like we had a good chance at winning rookie of the year. I think we had a pretty good season but we never expected to finish second in points. To be able to finish that well was pretty cool for us. It’s great that R.A.D. does that for the rookies and I can’t thank them enough for putting up the rookie bonus and also for helping us out throughout the season with small stuff, like spark plugs.” 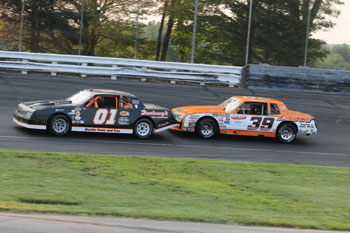 If Bessette had any reservations about making the step up from the Jr. Outlaw Kart ranks, he could always turn to his father for advice for his #39 Lasco Roofing and Sheet Metal machine. George Bessette, Sr. was a veteran of Stafford’s Late Model division in the late 80’s and early 90’s and he has 2 wins at Stafford to his credit.

“It was great having my Dad to work with because we’re like two peas in a pod,” said Bessette. “I would go out for practice and come back in and he wouldn’t just say what’s wrong with the car, he would tell me to grab a water, relax, and think about what was wrong with the car. He would explain what changes he made to the car and maybe lift a little here or try this there and it definitely helped out.” 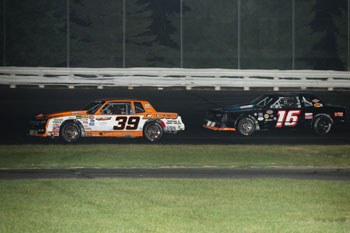 Bessette showed that he was a quick study behind the wheel as he began his rookie season with an 8th place finish and he would go on to record top-8 finishes in each of the first 13 races before his top-10 streak ended on Sept. 8. The highlight of Bessette’s season came in the Final Friday Night Shoot-Out on Sept. 22 where he collected his very first win after having come close earlier in the year with two second place finishes and three third place finishes.

“It was really good for us to get a win this year,” said Bessette. “I felt like we had a good shot at winning a race this year but racing with guys like Johnny Walker made it tough, he has a ton of experience and a really good car. We were right there and we just needed a break and finally we got it and we were able to win a race. I’d like to thank Lasco Roofing and Sheet Metal, Lew Seward Plumbing and Heating, Northeast Carpet, Associate Lightning Rods, Bagelman, The Joie of Seating, Goodhill Mechanical, Dad, Mom, Sister, Dean, Daisy, Chippy, Bones, Steven, Pauly, Brandon, Tommy Huse, Grammy, Tony, Papi, Reid Bogie, Uncle Bruce, and the list goes on, I can’t thank everyone enough for all their support this season.” 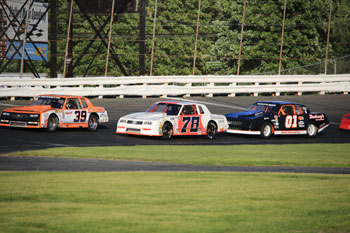 With a season of DARE Stock competition and his first victory under his belt, Bessette is looking forward to returning in 2018 and challenging for the Street Stock (formally DARE Stock) championship.

“The DARE Stocks, or Street Stocks now, is a great division and it’s really interesting,” said Bessette. “We’re planning on coming back next season in the Street Stocks and I feel like we’ll have a good year. The car was running really well towards the end of the season versus how we started the season and I think we can be a contender for the championship.”

Bessette will officially be crowned as the 2017 R.A.D. Automachine DARE Stock Rookie of the Year at the 48th Annual Stafford Motor Speedway Champions Awards Ceremony on Friday, November 17 at Maneeley’s in South Windsor.