Glen Reen Ready for Challenge of Back to Back Championships 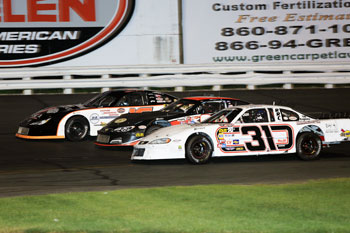 (Stafford Springs, CT)—What a difference one year can make. Wilbraham, MA native Glen Reen entered the 2017 season at Stafford Speedway with his experience in the Late Model division limited to a single season of limited starts. At the conclusion of the 2017 season, Reen and the #31 LifeCare Family Chiropractic team owned by Rob Russell, Jr. were celebrating in NAPA Victory Lane as the 2017 track champions. Reen and the #31 team are ready to tackle the challenge of showing up to the track as the defending champions and being the driver everyone else is looking to beat.

“The goal for us is to try to win back to back championships,” said Reen. “It’s definitely going to be a different feeling for sure. It sunk in, but it really hasn’t sunk in yet that we won the championship. It’s still hard to believe. Not that I didn’t have confidence that we could win it, but there’s some stiff competition in the Late Model division. I know a lot of people thought a modified driver wouldn’t be able to jump in and in one season get to that level. I still have a lot to learn and you can always learn something from someone, even if it’s what not to do. Every year the competition gets tougher so I think this year will be more difficult than last season.” 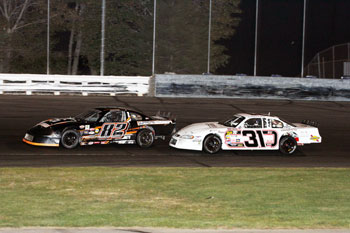 For Reen and the #31 team, the chase for the championship last season was filled with new experiences. The team as well as Reen were in the thick of their first championship chase and balance was the key in going back and forth between the SK Modified® and Late Model machines each Friday night.

“I loved every single week getting out of one car and getting into another, I always like a challenge,” said Reen. “You have to drive the cars completely different, there’s completely different competitors, and the driving styles are different. I looked forward to it every single week and if I could drive 3 cars every Friday night I would. I have to remind myself when I go out in the Late Model after driving the modified. I remember a couple of times in 2016 I went hauling off into the corner in the Late Model and later when I came back to the pits the crew guys said they didn’t think I was going to stop and I told them I forgot what car I was driving. You definitely have to be mindful of your braking points when you change cars. Once you get into the rhythm of driving both cars for a couple of weeks, you know what to expect.”

With the experience that Reen and the #31 team gained while fighting for the championship last season, Reen feels like they’ll be well prepared in their attempt to go back to back this season. 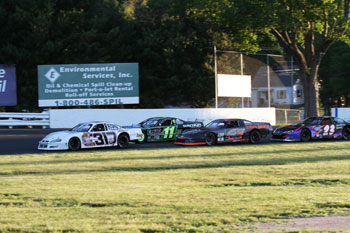 “Having won the championship last season definitely helps us in trying to win it again this year,” said Reen. “You know how the game is played and what you have to do. We have a lot of good momentum going and the guys at the shop are changing a lot of stuff. Time will tell if we’re going in the right direction. It wasn’t until the last couple of races that it began to sink in that we had a realistic opportunity to win the championship. I was trying not to think about points but obviously in the back of my mind I kept thinking ‘I can’t screw this up tonight’. You have to be at least conscious of it otherwise you’d throw it away. I remember the final race I almost screwed things up because I was focused on one other car and how many spots I had to be within during the race. I should have just worried about going out and driving the car. But that is something else I learned about racing for a championship.”

For any driver to win a championship they need not only a good crew but they also need to have good support and Reen is very thankful for all the support he received during the 2017 season. 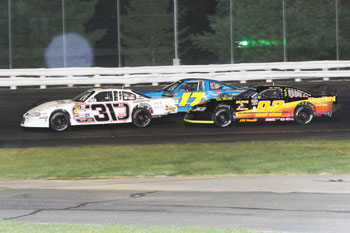 “A lot of it was Rob (Russell) and his guys gave me a great car every week, they made my job relatively easy,” said Reen. “I also have to thank LifeCare Family Chiropractic, I couldn’t do any of this without Sean Noel, he’s an awesome guy, Rob Russell Chassis, Tony from T/A Engines for the great power and reliability, Buzzy Transmissions, Alpine Tree Services, Whelen Engineering, New England Race Fuels with John Holland is a big help, Travis Roy Foundation, Pioneer Valley Wheel Repair, Squid Decals, Ruby’s Liquors, and Todd Fisette and Ted Marsh for all of their help.”

While the team is busy preparing the #31 car for action this season, Reen is ready to get back to racing and trying to defend his championship.

“Defending the championship is what I’m most excited about for this season,” said Reen. “The problem is for now we’re just sitting around. I’m hoping I can run a couple of TQ races this winter so I can get my racing fix.”

Reen will begin defense of his championship at the 47th Annual NAPA Auto Parts Spring Sizzler® on April 27-29. Tickets for the “Greatest Race in the History of Spring” are on sale now at the Speedway Box Office. Tickets are priced at $40.00 for adult general admission tickets, $5.00 for children ages 6-14, and children ages 5 and under are admitted free of charge when accompanied by an adult. Reserved seating is priced at $42.00 for all ages. As always, Stafford Motor Speedway offers free parking with overnight parking available. All tickets are good for both Saturday and Sunday admission. All ticket prices include 10% CT Admission Tax. Discount Spring Sizzler® tickets will be available beginning in March at participating NAPA Auto Parts stores.