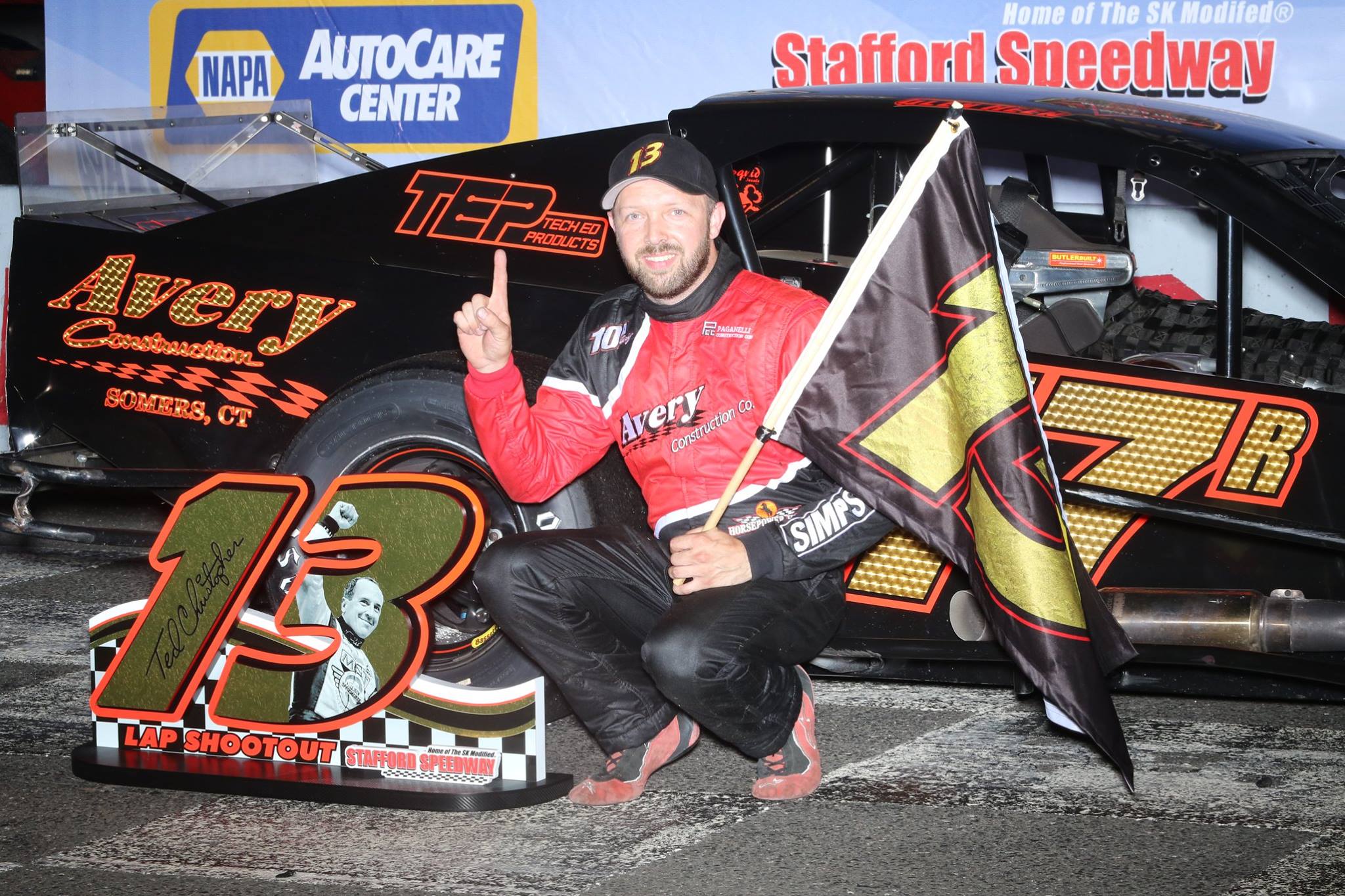 (Stafford Springs, CT) — Glen Reen and the #17 Avery Construction team head into the 2019 SK Modified® season at Stafford Speedway with their eyes set squarely on making a run for the championship. Reen will once again be teammates with Dan Avery but unlike the past several seasons, Reen’s sole focus will be with the SK Modified® machine.

“I’m going to be teammates with Dan Avery again this season,” said Reen. “Dan is going to run a partial schedule, like last season and I’m going to try to bring a championship home for Danny and myself. Winning the Late Model championship in 2017 showed me what we need to do to win a championship. We just have to go out and execute our game plan. I’m not going to run the Late Model this year. I had some issues with black flags last year so I’m going to stay out of that division so I don’t get in any trouble. It’s a shame I won’t be racing with Rob Russell and his guys again but I can’t put another SK season in jeopardy. I love all those RRC guys and I told them I’d race with them anywhere else, but for 2019 at Stafford I have to put all my eggs in one basket. I’d like to thank all our sponsors, Avery Construction, Paganelli Construction, Pioneer Valley Wheel Repair, RAD Auto Machine, Tech Ed Products, Smith Bodywork, GP Fence, B.A. Muzio, Squid Decals, New England Racing Fuel, Sunoco. I also want to thank Paul and David Arute for all their hard work during the off season with the social media exposure and everyone who works at the track. Stafford is hands down the best track in the Northeast, and Mark and Lisa Arute do a great job putting the show on every Friday night.”

Reen’s #17 car and Avery’s #10 car will once again carry a paint scheme tribute to Ted Christopher.

“We’re going to run the cars as a tribute to Teddy again this year,” said Reen. “Dan helped Teddy get started in the SK’s back in the day and then Teddy helped Dan get back into the SK’s, so this is a way for Dan to help keep Teddy’s legacy alive at Stafford.”

After finishing the 2018 season 9th in the SK Modified® points standings for the second consecutive season, Reen has several reasons to be optimistic that the 2019 season will be his best season to date at Stafford.

“I think we’re going to be even better than we were last year,” said Reen. “2018 was our first year working with Troyer cars after running CD cars for many years, and it was a learning experience with the Troyer. We found out after the season was over when we sent the car out to get a new clip that the car was bent from a wreck we got into early in the season and that’s why we could never get the car to handle like we wanted. Now that we have a year’s worth of notes to look back at, I can say say on this night, I complained about X,Y, and Z and this is what we need to do to fix that this year. I look at it like this, I fought from 2011-2017 for one SK Modified® win and last year the only thing that changed was the chassis and we ended up getting two wins. Racing against guys like Keith Rocco, who had 6 wins, and Ronnie Williams and Mike Christopher, Jr. who each had 4 wins, for us to get two wins against competition like that was pretty impressive. Last year we missed two races and with two other near last place finishes, it was like missing four races and we still ended the season 9th in points. We’re 10 times ahead of where we were at this stage last year. I’m chomping at the bit to get started again and I’m very blessed to be with this team. We have a few more things in the works that we’ll be making announcements about.”

The high point of the 2018 season for Reen was winning the Ted Christopher SK 13 Shoot-Out on July 13. The TC 13 Shoot-Out win came at just the right time during the season for Reen and the #17 team. Reen was trying to dig out of an early season hole after several finishes outside the top-20 and Reen credits his car owner Avery for the turn around.

“The Shoot-Out win was huge for us,” said Reen. “I had been trying extra hard early in the season to get a win for Dan after he bought a new chassis for me, which ended up getting me in trouble. Finally Dan sat me down one night and he told me to just finish all the laps and don’t worry about winning. Once he told me that and I settled down a bit, things worked out for us that night. I saw Dan get wrecked in the 40-lap race leading into the Shoot-Out and a feeling came over me that I had to win that race for Dan. The funny part was that I used the car up in the 40-lap race to get up to 7th place to get qualified for the Shoot Out. I told the guys on the radio that there was nothing left in the car and that we weren’t going to win but we didn’t give up and I don’t know if it was the tires cooling down or what, but the car was a rocketship in that race. We went from 7th to 2nd in the first 2 laps and then we followed Chase [Dowling] around for a few laps before we took the lead. Being able to give Dan that TC 13 trophy and to see the look on his face was priceless because I know how bad he wanted to win that race.”

Reen will kick off his quest for an SK Modified® championship at the 48th Annual NAPA Spring Sizzler® on April 26-28. Tickets for the “Greatest Race in the History of Spring” are on sale now by calling the Speedway Box Office 860-684-2783 or online at www.staffordspeedway.com.