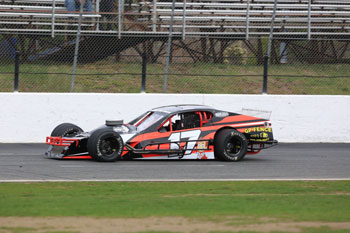 (Stafford Springs, CT)—Flash back to the 2016 season at Stafford Motor Speedway and you’d be hard pressed to find a driver who had worse luck than Wilbraham, MA native Glen Reen. Reen began the year with plans to drive double duty in the SK Modified® and Late Model divisions but his season came to a premature halt on May 27th when Reen lost the engines in both of his cars. With the 2017 season ready to take the green flag at Stafford, Reen is back with much brighter prospects. Reen has teamed up with Dan Avery to form 2-car Horsepower Hill Farm team for the 2017 SK Modified® season.

“We had chatted about it the night before Thanksgiving and the next thing you know we worked on this deal over the winter and now we’re teammates for the 2017 season,” said Reen. “We sat down and planned everything out, we probably had, no exaggeration, 20 meetings before we finalized everything. I’ve been a fan of Dan since I was a kid going to Riverside every Saturday night and I actually have a photo of me sitting in his car at a Porter and Chester event. I kept on bugging him asking to sit in the car and finally he said yes. Fast forward to today and I’m so excited. How many people get to team up with their racing heroes? We’re going to run both cars out of the same shop and I can’t thank Dan enough for everything, he has no idea how much this really means to me.” 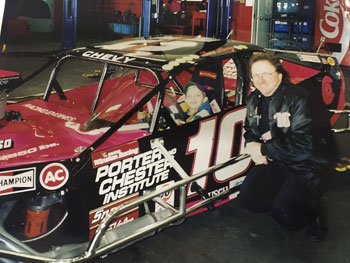 “I’ve had teammates before with mixed reviews but Glen and I have known each other since he was a kid and he sat in my car at a Porter and Chester event and now here we are some years later,” said Avery. “I’ve always liked Glen, he’s an aggressive driver and I don’t think he’s ever had the right opportunities before. My plan was to eventually have a 2-car team if I’m driving or not and Glen was one of my first choices as a driver. I haven’t made up my mind just yet how much longer I want to keep on racing. It could be 2 more years or 10 more years. We have a lot of experience and knowledge between Glen’s team and my team and I think the mixing of our two teams together can be a good mix for us. With 2 cars now, it’s one thing to share experiences and what you’re doing at the track while you’re at the track but when you’re at a meeting on a Tuesday or Wednesday night, they always say 2 heads are better than 1 and hopefully we can finish some races up front and be a championship contender.” 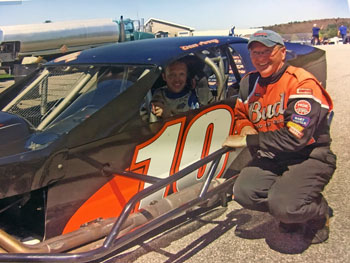 In addition to joining forces with Avery, Reen will also be piloting the #31 LifeCare Family Chiropractic Late Model for car owner Rob Russell for the full season. Reen has his eyes on being a championship contender in both divisions and he is grateful for the situation that he finds himself in for the 2017 season.

“This is the best feeling I’ve ever had before a season in my entire career,” said Reen. “We’re operating out of the same shop and we’re going to do team meetings every week to see what went right and what went wrong and how we can improve on things that went wrong. We’re going to go for the championship with Rob Russell’s guys in the Late Model as well as the SK Modified® division. I’m excited about the Late Model deal to be able to work with Rob Russell and Todd Fisette from the Whelen #31 K&N East team. To have those guys have your back, I’m in awe that people want to help me out. I’ve always thought of myself as just a small time racer that no on really cares about. It’s a surreal feeling for sure. I can’t thank all my sponsors enough for their support. With the SK, we have Steve Lewis Subaru, GP Fence, Tech-Ed Products, Quick Stop Mobile Service, Ridgeway Law Associates, Dunleavy’s Truck & Trailer Repair, Squid Decals, N.E. Race Fuels, and R.A.D. Automachine, and on the Late Model we have LifeCare Family Chiropractic, RRC Chassis, Ruby’s Liquors, Alpine Tree Service, N.E. Race Fuels, Squid Decals, T/A Engines, and Whelen Engineering.” 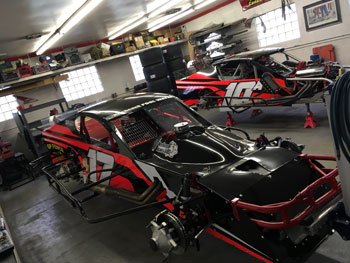 Reen will get his first taste of the 2017 season this weekend during the 46th Annual NAPA Auto Parts Spring Sizzler. Tickets are available and on sale now at the Speedway Box Office. Tickets are priced at $40.00 for adult general admission tickets, $5.00 for children ages 6-14, and children ages 5 and under are admitted free of charge when accompanied by an adult. Reserved seating is priced at $42.00 for all ages. As always, Stafford Motor Speedway offers free parking with overnight parking available. Tickets are good for both Saturday and Sunday admission. All ticket prices include 10% CT Admission Tax. Discount Tickets will be available at all 71 participating NAPA Auto Parts stores beginning on Monday April 3rd. For a full list of the 71 locations throughout Connecticut, Massachusetts, New York, Rhode Island, and Vermont, please call the speedway office or visit us on the web at www.staffordmotorspeedway.com/participating-napa-auto-parts-stores.