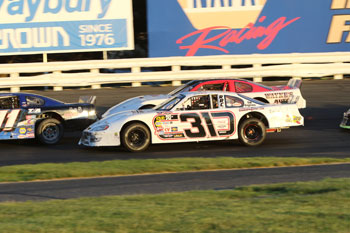 (Stafford Springs, CT)—Rewind to the 2016 season when Glen Reen teamed up with car owner Rob Russell to drive his #31 LifeCare Family Chiropractic Late Model at Stafford. They had one goal, to win a championship. That goal was quickly snuffed out when a blown engine in only the third race of the season sidelined them for much of the year. The #31 team was able to come back for the final 6 races of the season and scored a late 2016 season win to lay a foundation for the 2017 season.

Fast forward to 2017 where Reen and the #31 team quickly established themselves as championship contenders with podium finishes in three of the first four races of the 2017 season. Reen grabbed his first win of the season on June 23rd and after a second place finish on July 7th, he found himself at the top of the points standings. Once Reen was the Late Model points leader, he remained the points leader for the remainder of the 2017 season but the title race was tight throughout the season. Reen’s biggest lead of the season was 24 points following his third and final victory of the season on Sept. 8th, but that was followed by his only finish outside the top-10, an 11th place finish on Sept. 15th that trimmed his point lead down to 10 points. With the margin still at 10 points heading into the season ending NAPA Fall Final, Reen came home with a 5th place finish to take the title by 8 points over Tom Fearn, who was the 2016 Late Model champion.

“It’s extremely special to win a championship, especially after we’ve been second so many times,” said Reen. “It’s an honor but it really hasn’t sunk in yet that we won the championship. I was folding up the championship flag that they gave me in victory lane and I kind of looked at it and thought holy crap, this thing is really mine. There was a lot of people out there that didn’t think I would be able to go from a modified to a full fendered car. I think I adapt to new things pretty quickly and I think we proved that this season. I still have a lot to learn but with Rob Russell and all his guys working on the car and all the terrific sponsors we have on board that allows us to come here every week, we won this championship. I don’t come here to make friends like Teddy Christopher always said, I come here to win. A lot of people think I’m too aggressive and we were aggressive this season and a couple of times we were too aggressive and we got black flagged but when everything stopped, we won the championship and I’m extremely happy and proud to be the champion this season.” 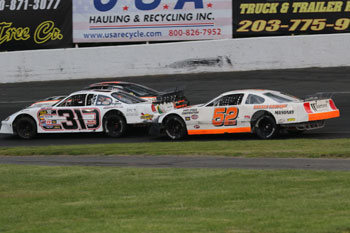 Reen was aggressive throughout the 2017 season but one race where he might have let up a little was the NAPA Fall Final feature. Reen knew that as long as he had his championship rivals right in front of him if he couldn’t be in front of them would be good enough to win the championship. He also had the voices of former Monster Energy NASCAR Cup Series driver Carl Edwards and Dan Avery ringing in his head with words of advice.

“At the Fall Final, I think we had a top-3 car but I think I was a little too timid,” said Reen. “No one is going to remember if you finished third or fifth, but they’ll remember if you won the championship or not so I had Carl Edwards’ and Dan Avery’s voice in my head telling me to just finish it out. As long as you can see them in your windshield, you’re good.   I have a connection to Carl through Steven Leicht and Carl’s spotter, Jason Hedlesky, actually spotted for me at New Hampshire once and we met through him. There’s not a lot of people you can talk to about how everything works when you’re chasing a championship. It was a huge help for me and stress relief talking to him. He told me there’s a thousand things that can take you out of the championship and you can’t control one of them so just go out and do what you do and that’s what we did.” 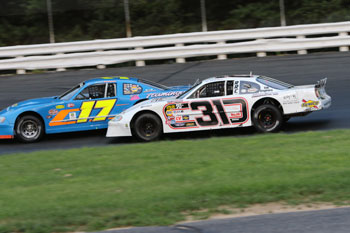 Reen will officially be recognized as the 2017 Late Model champion at the 48th Annual Stafford Speedway Champions Awards Ceremony to be held on Friday, November 17 at Maneeley’s in South Windsor.