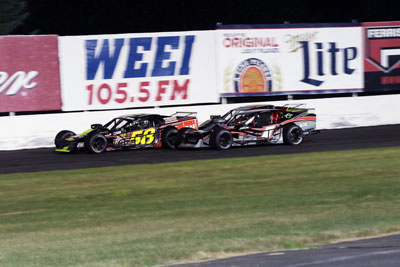 (Stafford Springs, CT)—All drivers have a home track that they prefer racing at over all other tracks on their schedule.  Such is the case with Modified driver Eric Goodale, who lists Riverhead Raceway, the track where he scored his first career Whelen Modified Tour victory, as his home track.  Over the years, Goodale has come to find Stafford Speedway as a second home competing and finding success in Stafford’s Open 80 and Whelen Modified events. Goodale is looking forward to returning this Friday for the NAPA Auto Parts Open Modified 100.

“With the success we’ve had in the Open Modified shows and on the Tour at Stafford, I’d say that Stafford would be considered a second home track for me,” said Goodale.  “It’s a good race format and I like that you get to change tires.  You don’t get that at a lot of other races and other divisions.  Everything about Stafford is fun, from dealing with the Arutes and everyone on the staff down to the actual racing on the track, it’s all good stuff.”

As much as Goodale likes racing at Stafford, that wasn’t always the case for the driver of the #58 Riverhead Building Supply Chevrolet.  At the beginning of his Modified career, Goodale struggled at Stafford.

“When I first started racing, I didn’t like racing at Stafford, it was my least favorite track on the Modified Tour schedule,” said Goodale.  “Stafford was a track that we really put an emphasis on practicing and testing and over time we were finally able to hit on something and it became a place where the car was happy.  Since a few races before the 2017 Fall Final win, Stafford has been a track that we’ve been able to show up at and be competitive.  I thoroughly enjoy racing there now.” 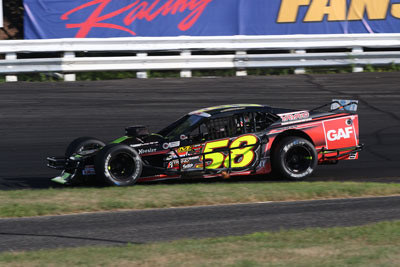 Coming into the NAPA Auto Parts Open Modified 100, Stafford Speedway has hosted 6 previous open modified events, each being 80 laps in distance with teams able to change 2 tires during the race.  The NAPA Auto Parts 100 gives teams 20 extra laps and a third change tire for the race, which Goodale feels will open the race up to a multitude of strategy options that wouldn’t be available to teams for an 80-lap race.

“I’m excited for the race,” said Goodale.  “I’ve really enjoyed the open 80’s at Stafford and with this race being 20 more laps, I think there’s going to be a little more pit strategy coming into play.  With the 80 lap races, there’s normally one pit window from around lap-40 to lap-60 where everyone will pit for their 2 new tires but with 20 extra laps and a third tire I think that gives teams a lot more options on when to pit and how many tires you take when you stop.  Drivers can pit early and gain track position later on or they can wait a little longer than usual in an 80 lap race to pit late for tires.  With the number of tires you change, you might see guys change one tire on one stop and then 2 tires on a later stop or vice versa or you might see some guys pit only once for 2 tires only if they feel like their car is handling well enough.  I know 20 extra laps might not sound like a lot but it provides an extra dynamic to this race with the options you can choose from for taking on fresh tires.”

Goodale knows his way to NAPA Victory Lane at Stafford, having won the NAPA Fall Final Whelen Modified Tour event in 2017 and the Bud Light Open 80 in 2018.  In order to score a third Stafford victory, Goodale says that he will have to have good track position and choose the correct pit strategy. 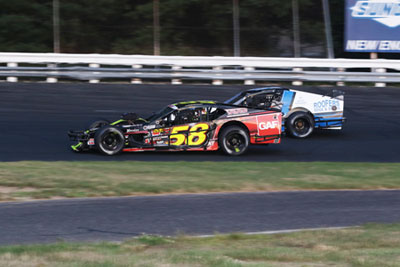 “In order to win this race, I think that pit strategy is going to be the number 1 thing,” said Goodale.  “Along with pit strategy, the keys to winning this race will be to drive smart and keep things together so you can put yourself in position to win the race in the late stages.  My guys are some of the best on pit road and they’re all excited about the different strategies we can employ and I’m really looking forward to the race.”

The NAPA Auto Parts Open Modified 100 is set for this Friday, August 7th.  Tickets for the NAPA Auto Parts Open Modified 100 are available and on sale now through the Stafford Speedway website.  Tickets are priced at $30.00 for adult general admission tickets, $10.00 for kids ages 6-14, kids 5 and under are admitted free of charge when accompanied by an adult, and paddock passes are priced at $50.00.  Stafford Speedway is limited to 25% capacity and there are still a limited number of tickets available for purchase.

Fans who cannot attend the race in person but would still like to watch the race can order a live stream of the event from www.staffordspeedway.tv.  Fans can purchase the NAPA Auto Parts Open Modified 100 event for $30 or there is a combination deal that includes the NAPA Auto Parts Open Modified 100 as well as the Saturday, August 8th NAPA SK 5k on Saturday for $45.