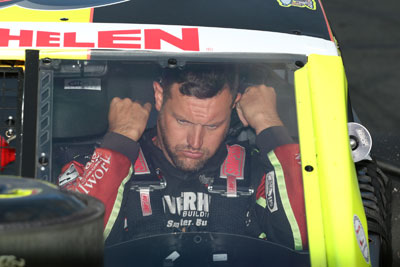 (Stafford Springs, CT)—Fresh off of his Whelen Modified Tour season opening win at Martinsville Speedway on April 8, Eric Goodale finds himself in an unfamiliar position as the Tour prepares to invade Stafford for the NAPA Spring Sizzler® on April 25.  For the first time in his career, Goodale sits at the top of the WMT points standings but that won’t change anything about how Goodale or his #58 GAF Roofing team prepares for the Sizzler®.

“I’ve never led the points before, but at this point in the season it doesn’t really make a difference,” said Goodale.  “It certainly helps, but it won’t change anything about how we approach the race.  If it was the last race of the season, it would probably change my mindset a little bit but for right now we need to show up to the track and win races.  Without a mechanical issue or getting caught up in an accident, I feel like we’ll have a top-5 car for the Sizzler.  We’ve been really good at Stafford and we’ve shot ourselves in the foot a couple of times getting caught up in some bad situations, but we definitely have speed at Stafford and if we can hold everything together we should come out of there looking ok.” 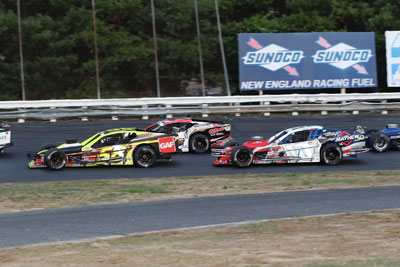 Goodale’s Martinsville victory gives his team some early season momentum heading to Stafford, which is a track that Goodale has won at in both Modified Tour and Open Modified competition.

“It definitely gives us a shot in the arm any time we can win a race,” said Goodale.  “Especially at a track like Martinsville.   With that race being the season opener, everyone was hyped up and had their best stuff out there.”

While Goodale likes coming to race at Stafford, that wasn’t always the case for the Riverhead, NY native.  A lot of testing and a good crew has helped him flip the switch for the positive.

“It took me years to figure Stafford out,” said Goodale.  “In the beginning of my career, I hated Stafford and I didn’t like going there.  Back in the day Stafford was a track where we knew going into the season that we were going to have 4 races there so it was important to run well there.  We did a lot of pre and in season testing and I finally figured out how to drive the track a little bit better.  Fortunately my crew chief Jason Shephard has a good setup in the car that allows me to drive the car like I want to and turn some good lap times.  I know Stafford is hard to learn so when I see other guys struggling I tell them they need to keep after it and it’ll come to you.  Stafford is probably the track we’ve tested at the most in my career and now whenever we want to try something new we like to go to Stafford because we know we run well there and we can see how the new setup compares to the old setup.” 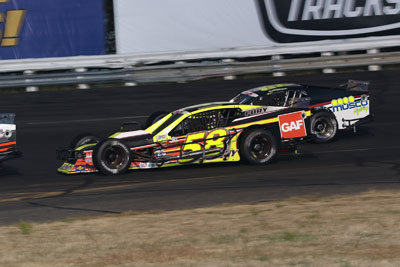 Much like Martinsville was a track that Goodale had on his list of races to win, a Stafford NAPA Spring Sizzler victory would also rank right at the top for Goodale.

“The Sizzler is a big race that I’ve wanted to win for so long,” said Goodale.  “I finally have a win at Stafford but it’s not a Sizzler win.  It would be a little different feeling if we can win the Sizzler and between the facility and the Arute family, Stafford feels more like home than a lot of the other tracks we go to.  A Sizzler win would be over the moon exciting for us.”

As much as Goodale feels like he will be among the favorites to win the NAPA Spring Sizzler®, he points to the cars of Justin Bonsignore, Doug Coby, and Craig Lutz as strong contenders.  Coby has 12 career Stafford wins and Lutz scored his first career WMT win at Stafford in the 2019 NAPA Fall Final.  Past WMT Champion Bonsignore has yet to win at Stafford in 38 career starts, but Goodale says that it’s just a matter of time.

“Obviously there’s the two mainstays with Doug [Coby] and Justin [Bonsignore],” said Goodale.  “I know Justin hasn’t won at Stafford yet but I hadn’t won at Martinsville until this year.  The best part about winning the Martinsville race was passing Justin for the lead.  That felt really good because he’s so fast everywhere we go.  Along with Doug and Justin, Craig Lutz is going to be good.  He has a win at Stafford and those 3 teams all have their stuff together and when they’re firing on all cylinders, they’re tough to beat on any given day no matter what track we’re racing at.”

Goodale might want to refrain from making any bets with his crew members about winning the Sizzler as he made a pre-season bet with his team that if he won Martinsville, he would get the entire crew grandfather clocks to match his winning trophy.

“I had to open my big mouth in the off-season,” said Goodale with a laugh.  “We have one of the lightest and most fun crews on the Tour.  We know how to have a good time and how to laugh.” 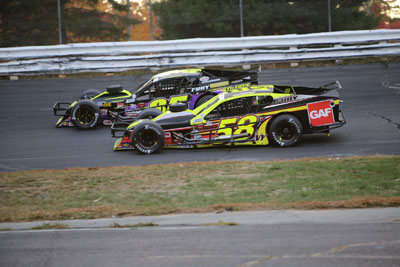 In addition to the NAPA Spring Sizzler®, Goodale is looking forward to returning to Stafford this season for the four Open Modified races, the the Call Before You Dig 81 on May 14, the Twisted Tea 80 on June 4, the Bud Light 80 on July 9, and the Lincoln Tech 80 on August 20.

“I’m real excited about the Open shows,” said Goodale.  “We got my sponsor GAF involved with Stafford with some sponsorship and billboards. I really want to put my best foot forward and try to win those races but our main focus is going to be the three Tour shows at Stafford.  Any time you can get laps at a track and figure things out it helps.  We’re running the same chassis now for the Tour and Open shows so we can take what we learn and apply it for the next race where in the past we were bouncing back and forth between chassis.”