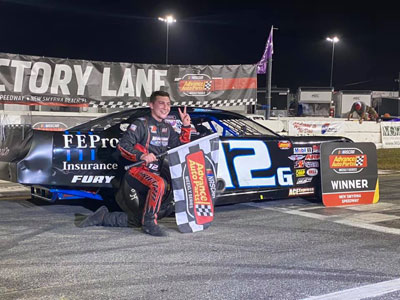 (Stafford Springs, CT)—When the Granite State Pro Stock Series shifts the 2021 season into gear at Stafford Speedway on April 24 as part of NAPA Opening Day, one of the favorites among the “outsiders” would be Derek Griffith.  The 24 year old Hudson, NH native and driver of the #12g Hudson Speedway Chevrolet has amassed an impressive resume in his young career, winning the 2020 and 2021 Super Late Model championships at New Smyrna Speedway, the GSPSS championship in 2015, and the PASS championship in 2018. Griffith is looking forward to his first time racing at Stafford and adding the Connecticut half-mile to the list of tracks that he has conquered.

“We really enjoy all the local tracks in New England and we like to run at places where we see friendly faces,” said Griffith.  “Granite State has always been a phenomenal series to work with and Mike Parks and the whole Granite State crew are awesome people.  I’m very excited to come to Stafford to race.  I’ve watched a lot of races there and I’ve always wondered why they didn’t have a Super Late Model or Pro Stock race so I’m pretty pumped about the race. It would be pretty cool for us to be able to come down to Stafford and have a good run.”

“Want to give a big thanks to my father John, my crew chief Louie Mechalides and his sister Dolly who is my spotter, and Hudson Speedway, which is the track where I started my racing career and has come on board as a sponsor, Spot On, which is a credit card processing company that came on board for the ARCA race at Daytona, Northeast Auto Imports, Tyngsboro Motors, and LCM Racing,” continued Griffith. 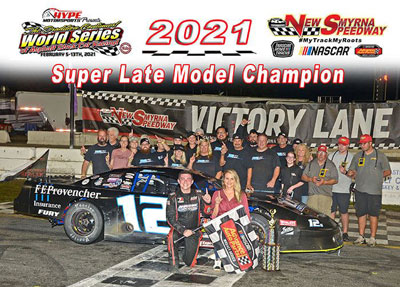 Griffith, along with many of the GSPSS regular drivers, has never competed at Stafford before but will have plenty of seat time in 2021 racing on each of the three April weekends leading up to NAPA Opening Day on April 24th.  Griffith just won both stages of a PASS Super Late Model event this past weekend at Hickory Speedway and plans to compete in events at New Hampshire and Thompson before coming to Stafford.  Griffith’s busy schedule gives him plenty of seat time to get back in the groove of being behind the wheel and might even give him a slight edge.

“We have a pretty busy month leading up to the Stafford race,” said Griffith.  “It’ll be kind of nice that most everyone will be starting out on the same page having not run at Stafford.  I know a select few guys like Keith Rocco have laps at Stafford and those are the guys you’ll have to look out for.  I tell people all the time that there’s no replacement for seat time.  The most important thing in this sport is seat time even if you have the best equipment.  We’ve gone from the beginning of December running the Snowball Derby to Speedweeks and the Rattler, and now these next couple of weeks so we’re almost in the middle of our season as other guys are just getting started, which might give us a small advantage.”

While Griffith is certainly one of the favorites to win the GSPSS feature on paper, he knows that he has to hit the track and see how he and his car react to a new track. Griffith feels that he could either be one of the cars to beat, or one of the cars that has a lot of work to do to be a front runner. 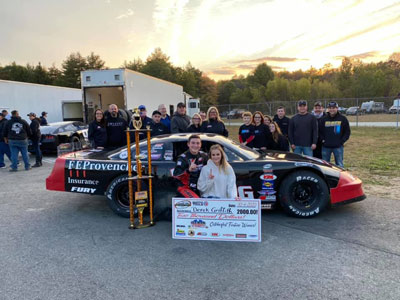 “You almost have to reserve your thoughts until after the first practice session is over to know where you’re at,” said Griffith.  “I can remember times where we thought guys were going to be much better than us and they end up being half a second off the pace and they don’t ever really get going and then sometimes you’re that car that is a half second off the pace.  Our Pro Stock program has been pretty dang good the last couple years so I feel like we’ll have a pretty good car.  There’s a lot of Granite State regulars who can win races like Joey Pole, Joey Doiron, and a lot of the guys who run weekly.  I’m sure Mike O’Sullivan is going to be strong, Gabe Brown has been running much better, so there’s going to be a ton of competition.  I’m excited to get racing with these guys because it gets harder and harder every year.  We like to have a lot of competition.”

In addition to his GSPSS and Super Late Model duties, Griffith ran the Daytona ARCA race driving for Venturini Motorsports where he started 6th and finished 30th after getting caught up in a wreck.  Griffith currently has plans to run the ARCA race at Kansas on May 1st and possibly more, if funding can be secured. 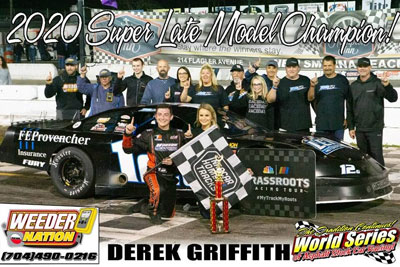 “So far all we have left is Kansas and we’re looking at possibly one or two more races, it all depends on the sponsor,” said Griffith.  “Even though our finish was terrible because we got caught up in a wreck, they had a great time seeing a car with their name on it going around Daytona.  Hopefully we’ll have something to announce in the coming weeks.”

NAPA Auto Parts Opening Day with the Granite State Pro Stock Series is set for Saturday, April 24.  Feature action at Stafford continues on Sunday, April 25 with the 49th Annual NAPA Spring Sizzler featuring the Whelen Modified Tour.  General Admission tickets for the April 24 NAPA Auto Parts Opening Day are now available online at StaffordSpeedway.com/tickets. Tickets for the April 25 NAPA Spring Sizzler have sold to capacity limits but fans can sign up for ticket alerts.  Stafford Speedway remains under reduced capacity per order of the State of CT due to Covid-19 restrictions.  Fans are encouraged to purchase tickets as soon as possible to ensure a ticket to the event. Paddock passes will become available online two weeks prior to the event.