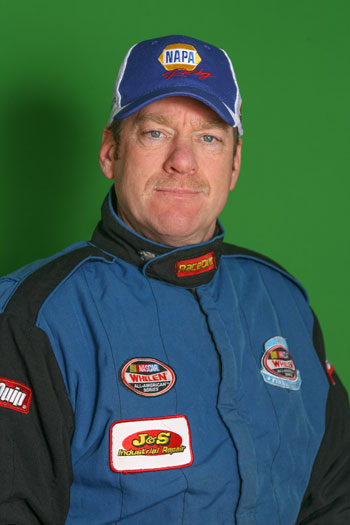 “I’m building a new car but it won’t be ready in time for the start of the season at the Sizzler,” said Hammann. “R.J. was also building a car and he ended up giving me a call and asked if I would be interested in driving for him. I’ll run his car this season and then probably run my own car next season.”

Over his 12 year Stafford career, Hammann has driven everything that Stafford has to offer at the weekly level, racing in both the SK Modified® and SK Light divisions as well as the Late Model, Limited Late Model, and Street Stock divisions. The highest point standing finish for Hammann was in 2016 in the Late Model division when he finished 6th. With a return to the Limited Late Model division after last racing in the SK Lights in 2018, Hammann is looking to have fun in 2020 as well as making a run at the track championship. 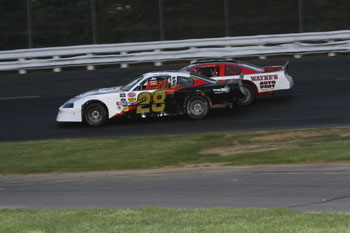 “I’m very excited about going back to the Limited Late Model division,” said Hammann. “I just want to have fun this year. Obviously you have to come out of the gate with a strong car but I’m expecting to make a run for the championship. We’re hoping we can get some wins and some top-5 finishes but we definitely want to contend for the championship. I feel very confident but expectations versus reality sometimes are different things. I think we should be pretty close to where we need to be to start off the season and those first couple of practice sessions are going to be very important for us to fine tune the car.”

While track championships have been won by drivers in the past at Stafford who haven’t won a race during their championship season, Hammann will most likely have to win at least a race or two to be a championship contender. Feature wins have eluded Hammann thus far over his 12-year career at Stafford but he feels like he has all the parts and pieces in place to help him park his car in NAPA Victory Lane for the very first time. 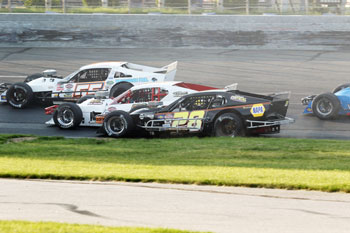 “Absolutely I think we can win races this season,” said Hammann. “I’ve got some podiums in the SK Lights and some top-10 finishes, but I’ve never really had strong backing, I’ve always raced on my own. R.J. has some experience with the Limited Late Model and he knows what the car is going to need and we all work really well together and we’re a blue collar team. A win would be pretty exciting for sure and I would be ecstatic to finally get that monkey off of my back.”

In addition to seeking his first career feature win at Stafford, Hammann is also looking for a little redemption.

“Bob Fill had me pretty close to winning in the Late Model division and then when I was working together with RRC [Rob Russell Chassis], we were struggling for most of the year with the car and finally found the left front spring was bad,” said Hammann. “We got that fixed and we had just about everything squared away on the car when we got put into the wall. I wasn’t really able to show what I could do so I’m out for a little redemption this season. You have to have the right people behind you and I have that now. One thing I’ve learned over the years is that you can’t do this all by yourself.” 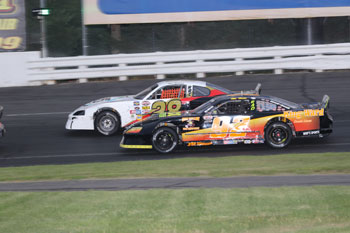 Hammann will face strong competition on the track as 4 of the 5 Limited Late Model feature winners will all be back looking for more wins in 2020. 2-time defending champion Jeremy Lavoie, Matt Clement, Gary Patnode, and Alexandra Fearn combined to win 18 of the 20 races last season while Duane Provost won twice, but is moving into the Late Model division for the 2020 season. Despite the heavy hitters returning for another season of action, Hammann isn’t intimidated by the competition.

“I’m not intimidated,” said Hammann. “I think the competition is going to be very good this season and there’s probably 5 or 6 of us who are going to be fighting for wins every Friday night. With 20 laps you have to make it happen to get to the front but I know what the deal is between running the SK Light and Limited Late Model divisions in the past.”

Hammann will kick off his quest for a championship and first win at the 49th Annual NAPA Spring Sizzler® on April 24-26. Tickets for the “Greatest Race in the History of Spring” are on sale now by calling the Speedway Box Office 860-684-2783 or online at www.staffordspeedway.com.