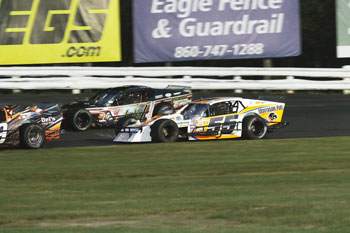 (Stafford Springs, CT)—After winning the SK Light championship at Stafford Speedway in 2019, Teddy Hodgdon is set to climb the ranks into the SK Modified® division for the 2020 season. The Danbury, CT native and driver of the #55 Montanari Fuel Chevrolet drove to 5 wins last season along with 12 top-5 and 15 top-10 finishes. Hodgdon will look to carry that success into the SK Modified® division as he prepares to embark on his rookie campaign.

“We won the championship last year and that was a great accomplishment and we had a great year,” said Hodgdon. “There’s a lot of guys moving up this year and the rookie class is going to be pretty stout, so winning NAPA Rookie of the Year would be awesome. I know we won a race in our first season of SK Lights but the competition is so much higher in the SK Modified® division that I’m not really shooting for a win. I think there’s probably going to be at least 15 different cars and probably more that can win a race on any given night. We just have to take steps to be consistent and then worry about getting up front and going for wins later on. There’s no better feeling than beating some of the best drivers in the Northeast and now we have the opportunity to try to do that in the SK Modified® division.” 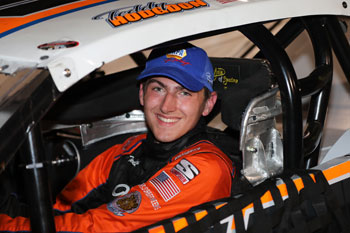 Hodgdon won’t be the only SK Light driver moving into the SK Modified® ranks for the first time in 2020. Hodgdon will be joined by Bryan Narducci and Mikey Flynn from the SK Light ranks and they will have to contend with fellow rookie drivers Lou Torres, Nick Giardina, and Pat Yuhas in the chase for NAPA Rookie of the Year honors.

“The rookie battle this season is definitely going to be big,” said Hodgdon. “Bryan, Mikey, and I have all come up together through Karts, Legend Cars, and SK Lights and now to be coming up to the biggest stage in weekly racing in the Northeast, it’s going to put a big spotlight on us. There’s going to be some pressure but hopefully I can be the rookie driver who comes out on top at the end of the season. I’d really like to thank Montanari Fuel, Pete Matton has stepped up big time this season and he’s going to be my car owner, Jim & Mylene Dempsey, Ness Auto, State Cutters, the entire Benedict family, Gram and Papa, Lasco Roofing, Keith Rocco Racing, Jim’s Welding, Ultimate Restoration, and all my friends and family who have supported me over the years.” 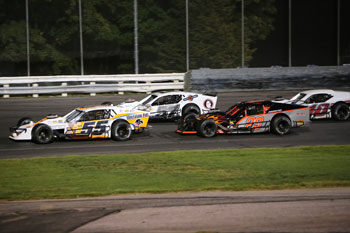 For his first 2 seasons of SK Light competition, Hodgdon drove a Chassis Dynamics car, but Hodgdon will be changing over to a new Troyer TA1 car for his rookie season in the SK Modified® division. Hodgdon made a start in a Troyer car at Thompson last season so he has an idea of what he will be working with when he hits the track for the first time on April 24-26 for the NAPA Spring Sizzler®.

“We’ve got a new car for this season, we’re switching from Chassis Dynamics over to a Troyer TA1 car,” said Hodgdon. “Obviously the two cars are different so they’ll feel different but we did run one race at Thompson last year in a Troyer, so it won’t be totally new for us. We’re going to be running with Keith Rocco helping us out again and he’s a great guy, awesome driver and teacher. His help is going to make things much easier for us than if we were running the car on our own.” 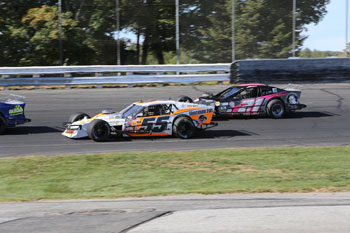 While Hodgdon has certainly shown that he is a quick study behind the wheel, he also realizes the level of competition that he is getting ready to face in the SK Modified® division and that he has to learn throttle control along with having a heightened sense of awareness.

“One thing I noticed with the SK Light at Thompson, you can pretty much hammer down on the throttle and steer the car off the corners and it’ll be fine,” said Hodgdon. “With the SK, you have about 100 or so more horsepower and there’s a big difference when you come off the corners side by side with another car. The SK’s are about a half to ¾ of a second faster than the Lights so everything happens so much quicker, your reflexes need to be up there, and you have to have really good throttle control. It’s definitely going to be harder in the SK’s than the SK Lights.” 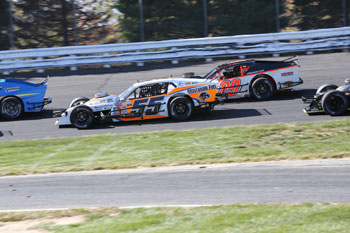 Hodgdon will begin his quest for 2020 SK Modified® Rookie of the Year honors at the 49th Annual NAPA Spring Sizzler® on April 24-26. Tickets for the “Greatest Race in the History of Spring” are on sale now by calling the Speedway Box Office 860-684-2783 or online at www.staffordspeedway.com.