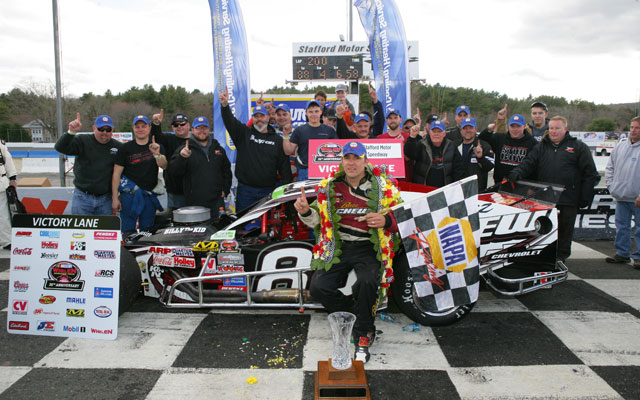 The 35-year-old Stafford, Connecticut, driver powered to victory in the NAPA Spring Sizzler 200, the traditional season-opening event for Stafford Motor Speedway. In the process, the driver of the No. 88 Buzz Chew Chevrolet/Elbow East Chevrolet became the first hometown driver to win the prestigious NASCAR Whelen Modified Tour event.

It was Pitkat’s third career tour win. He scored his first career win last year in the August event at Stafford before following it up with a win a month later at New Hampshire Motor Speedway. 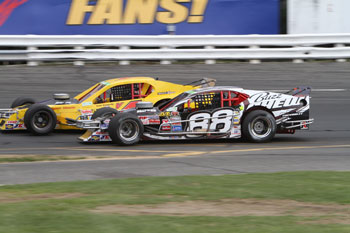 Eric Goodale and Donny Lia were fourth and fifth, respectively, in Sunday’s race.

“I would say that Woody just won the race of his life,” said Szegedy. “To win at his home track, to win the Spring Sizzler, that has to be amazing. He’s mastered this track and he’s come a long way.”

Pitkat assumed the NASCAR Whelen Modified Tour championship points lead for the first time in his career, three points ahead of Coby and seven over Preece. Szegedy and Goodale are both 12 points behind Pitkat.

The NASCAR Whelen Modified Tour will return to the track Saturday, May 30 with the Mr. Rooter 161 at Connecticut’s New London-Waterford Speedbowl.