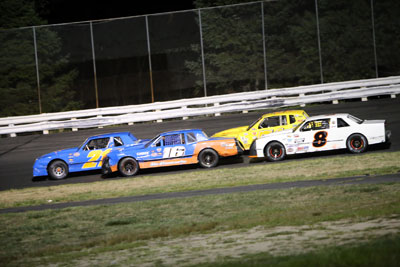 (Stafford Springs, CT)—Nickolas Hovey came into the 2020 season at Stafford Speedway as a 14-year old rookie driver with no prior experience either at Stafford or in a full size racecar.  Those facts didn’t deter Hovey from going out and earning R.A.D. Auto Machine Rookie of the Year honors in Stafford’s Street Stock division.  The Chaplin, CT native and driver of the #16 Busy Bees Learning Center Chevrolet recorded a best finish of third to go along with 11 top-10 finishes in 13 races to clinch the rookie title with one race remaining on the 2020 calendar of events.

“This feels pretty great,” said Hovey.  “I’m obviously one of the youngest guys out there racing against adults so it’s pretty nice.  Coming into the season I had some questions as to how I would do and there were some nerves, but I didn’t doubt anything.  I had driven quarter midgets and bandoleros which doesn’t really help driving-wise but I knew how to hold my line and things like that.  Our goal was to keep the car in one piece, gain laps, and maybe get a top-10 finish or two.  I think we exceeded our expectations by a lot.  I didn’t really think we’d have a great car this year obviously with me not having run a full size car before.  We weren’t able to contend for wins necessarily, but we ran towards the front for most of the races.  I have to thank our sponsors R & G Sealcoating, Chris’ Automotive, Busy Bees Learning Center, Iron Horse Equipment, and obviously my Mom and Dad.  Without their support, none of this would have been possible.” 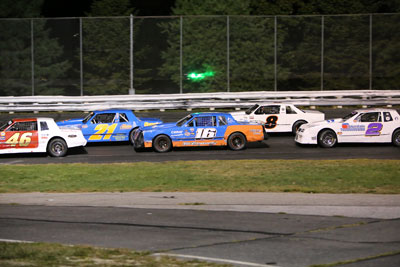 Hovey and the #16 team got their season off to a slow start with 13th and 16th place finishes in his first 2 starts.  Since then, Hovey has been one of the most consistent drivers in the Street Stock division, recording 11 consecutive top-10 finishes.  If not for a mechanical issue and a wreck in those first 2 races, Hovey may well have finished all 13 races run thus far in the top-10.

“We’ve been consistent this year and I’ve definitely been surprised with how well we’ve run,” said Hovey.  “If you look at our first 2 races this season, we were running up front in both races and we blew the clutch in one race and the second race we got wrecked on the last lap.  I was kind of expecting to run mid-pack but we were in the top-10 in both of those races.  If not for those 2 issues, we probably could have finished all the races this season in the top-10.  It was a good feeling because you have to have realistic expectations and being a rookie driver, I didn’t think we’d go out and have a shot at winning races.  Knowing how well we ran to start the season off, I felt pretty good about our chances.” 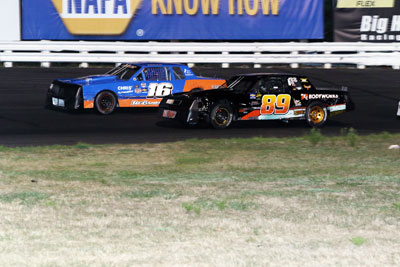 The highlight of Hovey’s rookie campaign came on Aug. 21 when he recorded his first career podium finish in third place.  Hovey held the lead for roughly half of that race before falling back to third where he finished the race.

“That podium finish was definitely the highlight of our season,” said Hovey.  “I think we led about half of that race and I lost a couple spots on a restart.  We’ve had more opportunities to get back on the podium since then but we’ve just had small things like last week when we lost the brakes while running in fourth that blew our chances.” 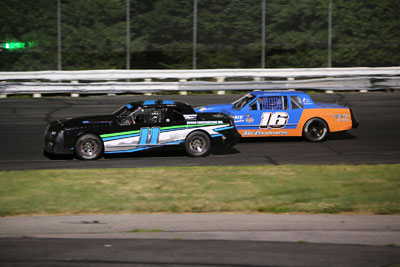 With a year of experience in the Street Stock division, along with working with his father Walt, a former Street Stock champion at Waterford Speedbowl, Hovey is ready to head into the 2021 season full of excitement for better things to come to him and the #16 team.

“Working with my Dad has been a huge help for me,” said Hovey.  “He sets the car up and does most of the work on the car.  I try to help him out the best that I can and he knows how to give me constructive criticism and how to build on what we did in previous races.  I think the biggest thing for me was being content with the car that I have and to not overdrive the car.  I’ve done that a lot this year where I’ve tried to get an extra tenth of a second or two and it’s screwed me up.  I think by the end of this year I’ll have about 20 races so next season should be easier just from knowing how the car reacts to certain things and knowing what works and what doesn’t work.”