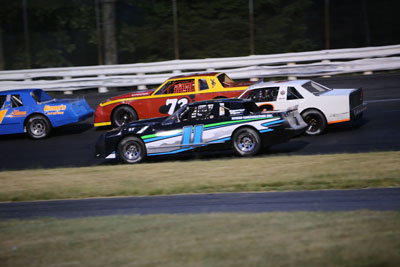 (Stafford Springs, CT)— With the 2021 season about to shift into high gear at Stafford Speedway, drivers are busy getting themselves and their cars ready.  Street Stock driver Travis Hydar and his crew have been hard at work preparing their #11 Hydar Construction Chevrolet with Hydar having the 2021 championship firmly set in his sights.

“We have a lot of fun racing in the Street Stock division at Stafford and it’s a very competitive division,” said Hydar.  “Certainly our focus this season will be to race for the championship because that’s something that all drivers want to accomplish and we’d like to be able to say we won a championship at Stafford.”

Hydar and his #11 team have been racing in Stafford’s Street Stock division since the 2017 season and have been close to being in championship contention, especially the last 2 seasons.  In 2019, Hydar displayed the consistency that a championship run requires, finishing in the top-4 17 times out of 20 races.  Hydar was once again looking like a championship contender last season, leading the points standings after the first two races but a crash relegated Hydar to the sidelines for four races as he and his crew worked to put his car back together. 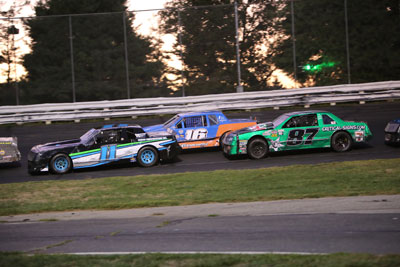 “The main thing that took us out of the championship in 2019 was the two races where we got taken out in wrecks and then we had one night where the brakes failed in the heat race so we couldn’t start the feature,” said Hydar.  “That year was a let down for me because we were consistently finishing up front but it shows that it only takes one or two bad nights to take you out of the championship race.  Our main thing this season is to finish well on a consistent basis.  I have the confidence in our team that we can keep the speed that we had in the car and it’s just a matter of having the stars align for us.  We learn new things every year so we have the knowledge to pull the championship off, it’s just a matter of going out and being able to pull it off.”

“This will be our 3rd season together,” said Hydar.  “Ernie was very good in the Street Stocks when he raced and he’s given me tons of tips on driving and what to do in certain situations.   When Ernie started helping us out he brought us to a completely higher level because he understands the cars and knows exactly what they need thanks to his experience as a driver.  Ernie and I work very well together because we both have very similar driving styles and how we like the car to be set up.”

One of the main keys for any driver looking to have a winning season is getting off to a good start.  Hydar has demonstrated he knows how to get off to a hot start, scoring 7 consecutive top-4 finishes in 2019 to take an early season point lead and last season saw Hydar win and finish fourth in the first 2 races to hold a very early point lead.

“It’s going to be big to get off to a good start,” said Hydar.  “You never want to start a season falling behind and then you have to dig yourself out of a hole for the rest of the season to get back on top.” 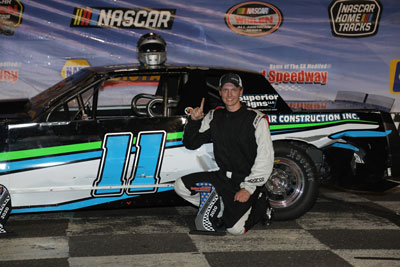 Should Hydar encounter any of the bad luck that has plagued him the last couple of seasons, he will have a backup car ready to go so he shouldn’t miss any races during the 2021 season.

“Having a backup car ready is going to be huge for us,” said Hydar.  “I think we’ve definitely learned over the last couple years that it’s not a bad idea to have a backup car ready to go.  One of the biggest things that kept us out of the championship race was getting caught up in a big wreck that forced us to miss a race or two as we rebuilt the car.  Last year we missed four races because the car was totally destroyed in a wreck.”

Hydar has 4 career Street Stock victories with one win in each of his four seasons from 2017-2020.  He is looking to improve on the win ratio.

“I really hope we can win more than one race and I think that we have a good possibility of doing that this season,” said Hydar.  “We just need to get that little bit more compared to some of the other cars that are fast every week.  We also need to have some luck as we always seem to have some kind of bad luck.  I’d like to thank Ernie and Junior who set my car up.  They’re probably the biggest factor in my success in the Street Stocks and being able to be as fast as I am.  Thanks to my father for keeping the car going every week and our sponsors Splash Water Delivery, Superior Signs, they do a great wrap for us every season, and Hydar Construction.”

The 2021 Street Stock season kicks off on Saturday, April 24 as part of NAPA Auto Parts Opening Day festivities.  Feature action at Stafford continues on Sunday, April 25 with the 49th Annual NAPA Spring Sizzler featuring the Whelen Modified Tour.  General Admission tickets for the April 24 NAPA Auto Parts Opening Day are now available online at StaffordSpeedway.com/tickets. Tickets for the April 25 NAPA Spring Sizzler have sold to capacity limits but fans can sign up for ticket alerts if more tickets should become available at https://bit.ly/39fOoTY.  Stafford Speedway remains under reduced capacity per order of the State of CT due to Covid-19 restrictions.  Fans are encouraged to purchase tickets as soon as possible to ensure a ticket to the event. Paddock passes will become available online two weeks prior to the event.