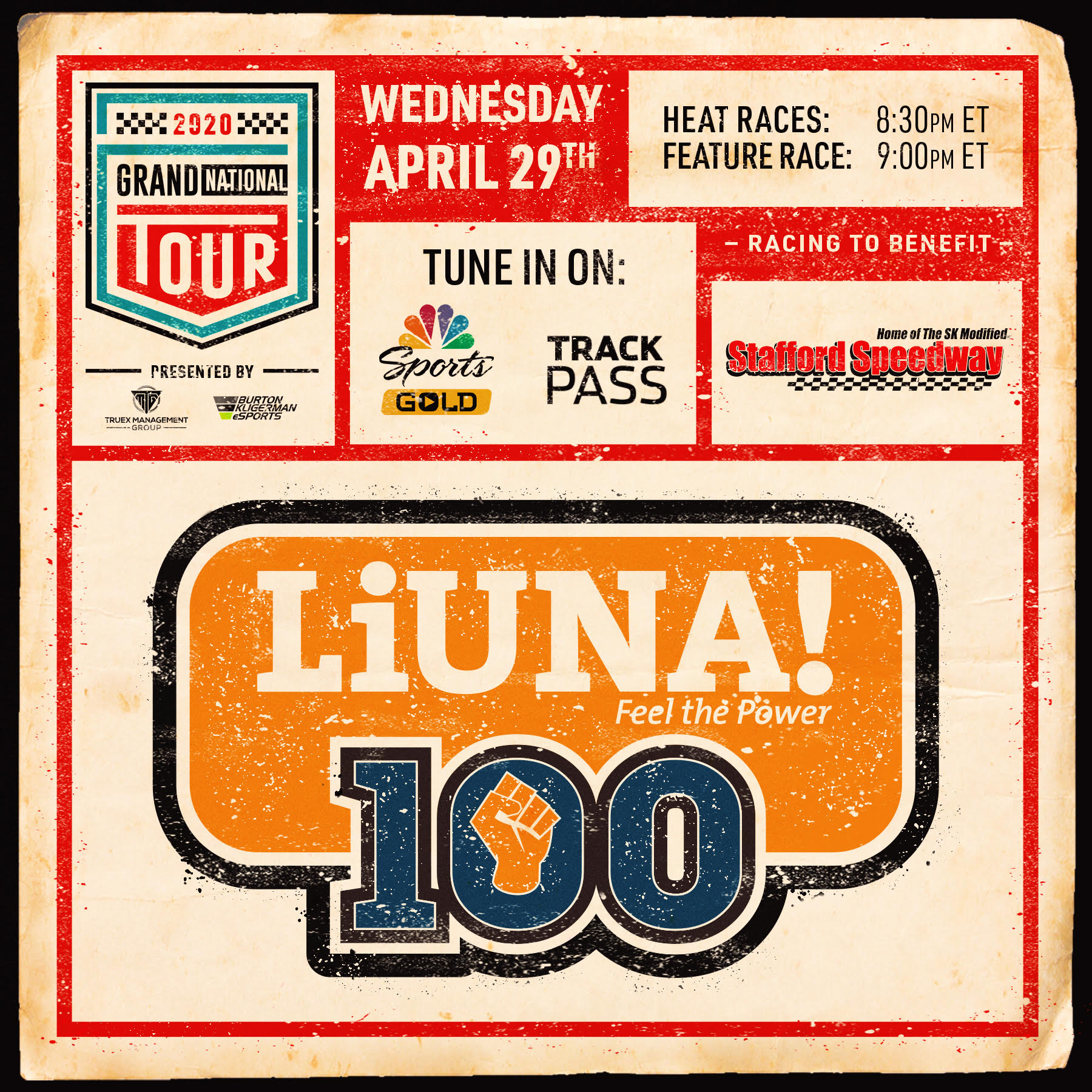 The story line is unique to sim racing, Stafford Speedway drivers to square off against some of the top talent in NASCAR on their home turf. Mike Christopher, Teddy Hodgdon, Bryan Narducci, and more will face off with Corey Lajoie, Landon Cassil, Brett Moffit, Ryan Truex, Tyler Ankrum, Todd Gilliand, Ty Gibbs and more. Also in the field are Garrett Smithley and Timmy Hill, two cup drivers that have proven to be two of the top iRacers in the country.

“We’re very excited to see the Grand National Tour race at Stafford Speedway for the LiUNA! 100,” explained Tony Mangini of Truex Management Group.  “We fully expect to see the same awesome racing in the virtual world as we do at Stafford Speedway in the real world. Thank you to Paul [Arute] and his team for all their help to make this event a success.”

The LiUNA! 100 will be broadcast live on the Stafford Speedway YouTube channel and also on NBC Track Pass. Qualifying starts Wednesday, April 29th at 8:30pm with the feature event scheduled to roll off around 9:00pm. 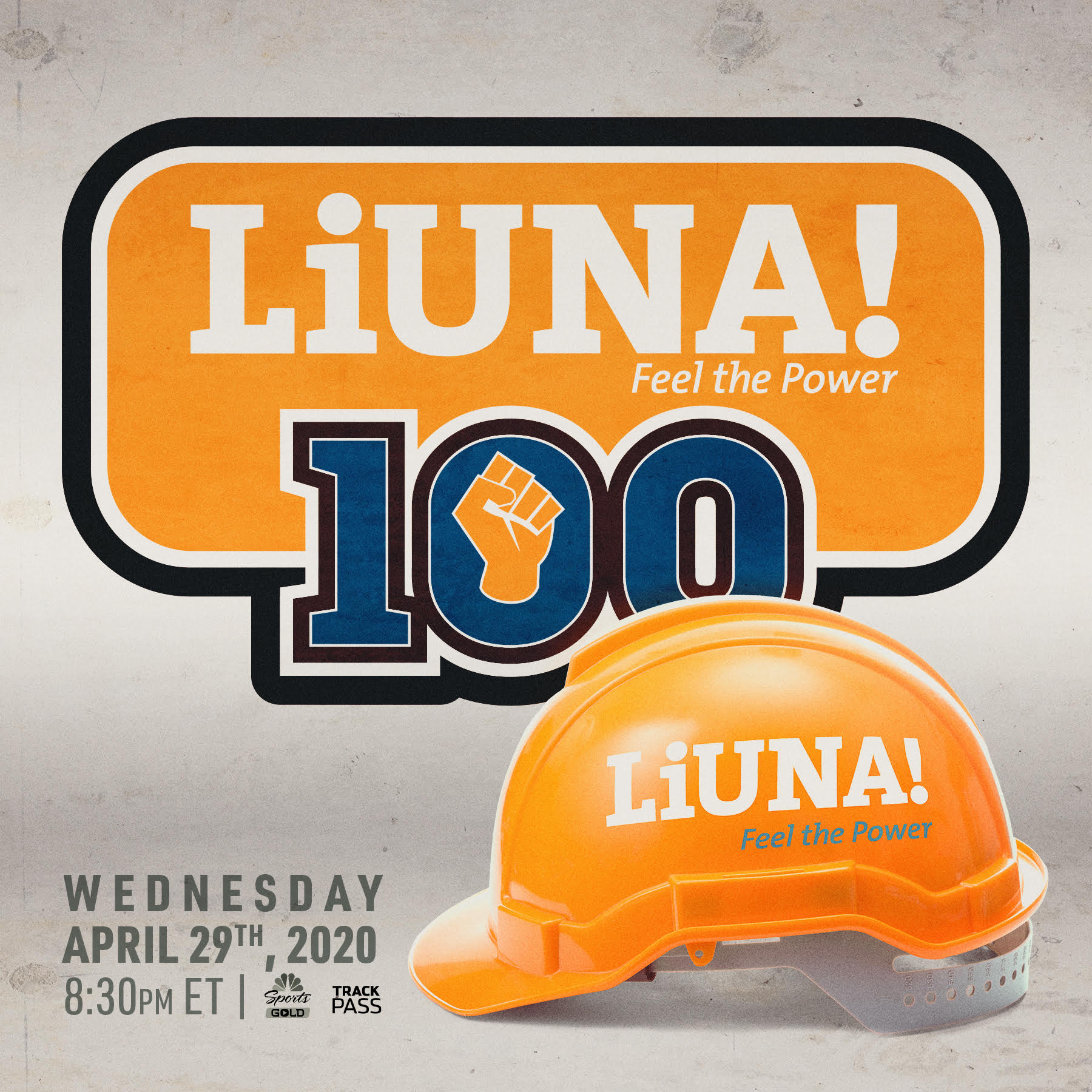 “Truex Management group has put this series together to support the local short tracks” explained Paul Arute of Stafford Speedway. “We can’t thank them enough for featuring eStafford Speedway. We’ve run a total of 4 iRacing events so far and we pulled out some of the top finishers to run in the LiUNA! 100. It’s going to be really cool to see some of our local drivers and top iRacers square off with some drivers from the National series on the virtual half-mile.”

Wednesday nights event is brought to you by LiUNA! and Grand National Trading Company. LiUNA!, the Laborers’ International Union of North America is a partner of the Truex Management Group and a sponsor of Tyler Ankrum in the NASCAR Truck Series. For more information on LiUNA! visit www.liuna.org/about. Grand National Trading Company is a lifestyle brand featuring products paying “tribute to where badass racing began”. For more information or to order apparel visit grandnationaltradingco.com.

Stafford Speedway Drivers Scheduled to Compete in the LiUNA! 100:

Select National Series Drivers Scheduled to Compete in the LiUNA! 100: