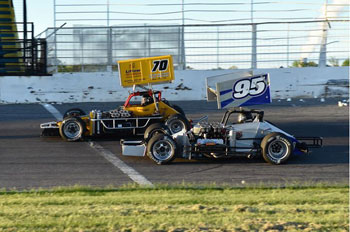 (Stafford Springs, CT)—When the International Super Modified Association (ISMA) SuperModifieds invade Stafford this Friday night, June 23rd for a 60-lap feature, there will be a mix of drivers who have had previous experience at Stafford with some drivers who will be seeing the Connecticut half-mile for the very first time. Then there will be 2-time defending ISMA SuperModified driver champion Dave Shullick, Jr. and the #95 machine owned by Jim Bodnar and sponsored by Elios Financial Group, Level Performance, and Royal Purple Synthetic Oils.

The West Lake, Ohio native has been to Stafford once before, but a mechanical failure during hot laps eliminated Shullick from the competition before he got to turn a lap in the feature. Despite his lack of experience at Stafford, he recalls his practice time quite vividly and likens Stafford to his home track of Sandusky, creating a sense of familiarity. 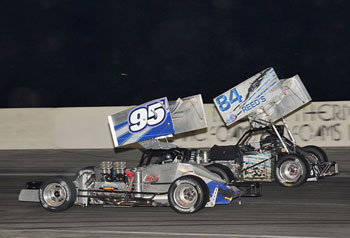 “I’m not quite sure what year it was, I think it was 2008, it was my first race for Clyde Booth and the car broke in hot laps so we didn’t get to race,” said Shullick. “I watched the whole night that night and Stafford reminded me a lot of my home track, Sandusky both shape-wise and size-wise. We think we should have a pretty good setup and we feel like we should go pretty good in the race. I remember that you could race pretty low on the track and I think Stafford will suit my driving style.”

Shullick certainly knows his way to victory lane, having moved into a tie for 6th place on the All-Time ISMA Feature Winners List with 6 wins in 2016 and having won back to back championships in 2015 and 2016. Add in a top notch crew and owner in Jim Bodnar, and Shullick thinks that he has everything he will need in order to have a good run in this Friday night’s 60-lap ISMA SuperModified feature. 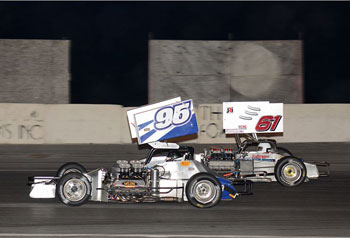 “I get confidence from my crew, my crew chief, and my owner Jim Bodnar,” said Shullick. “The crew and my crew chief are the best in the business and Jim always gives me a good car that can win races. Hopefully we can have the same thing happen this Friday and have a good car and see where the cards fall for us. It’s going to be a great show.”

Despite his lack of racing experience at Stafford, Shullick says that he and his team won’t do much extra in the way of preparing their car for the Stafford event.

“We’ll save some things for when we see the track and we’ll make a few changes once we get out on the track,” said Shullick. “Until then, I’ll watch some videos online to get an idea of where to race on the track and see where you can make some passes. That will give me an idea and then once we get on the track, I’ll get a seat of the pants feel for the car and what we need to do. We’re looking for a win, we always look to win when we come to the track. If we can run good and be up front then we’ll be happy but we definitely want to win.” 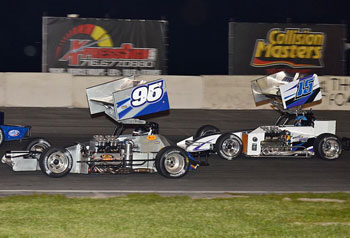 Despite the lack of past experience and tinkering at the shop before arriving to the track, Shullick thinks that may actually play to his advantage rather than be a hindrance.

“I think that sometimes having limited time on the track can actually work to your advantage,” said Shullick. “Some guys have preconceived notions of what they can and can’t do and we don’t have that. We’ll go out and do what we feel we need to do until the car won’t let us do them anymore. We’ll go with the setup that we think we need and maybe we’ll hit on something or we might need to make a few adjustments. Sometimes when you go to a track for the first time and you’re fast right off the jump, you tend to not to make changes but we’re going to go into the race with a fresh slate and hopefully we’ll be good.”

The ISMA Supers will join Stafford’s five NASCAR Whelen All-American Series weekly divisions this Friday night, June 23rd with qualifying beginning at 6:30pm. Tickets for this event are on sale now and are priced at $30.00 for adult general admission tickets, $5.00 for children ages 6-14, and children ages 5 and under are admitted free of charge when accompanied by an adult. Reserved seat tickets are $32.00 for all ages. All ticket prices include 10% CT Admission Tax. Stafford Motor Speedway offers plenty of free parking along with overnight parking available for self contained Recreational Vehicles.