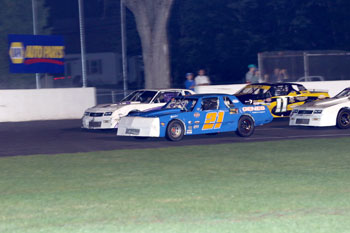 (Stafford Springs, CT)—Coming off a season that saw him record his first career Stafford feature win and a 6th place finish in the Street Stock points standings, Somers, CT native Jason Lafayette is ready to build on his experience from last year and contend for more feature wins in 2019 behind the wheel of his #21 Tommy’s Tattoo Supplies Chevrolet. Lafayette had previously raced part time in Stafford’s Late Model and SK Light divisions and the 2018 season was his first full-time season at the Connecticut half-mile.

“We’re looking forward to building on the experience we gained last season,” said Lafayette. “Last year went pretty well for us. We had some things to learn with the car being an unlocked rear, which is a little different from the SK Lights. When we finally figured it out, we won a race and then we had to put 100 pounds of weight on the car and that really threw us for a loop for a little while. We’ve put some upgrades on the car over the winter and we’ve been working on fine tuning the geometry of the car. One thing we noticed last season was that moving lead around in the car makes a huge difference. I feel pretty confident about 2019.” 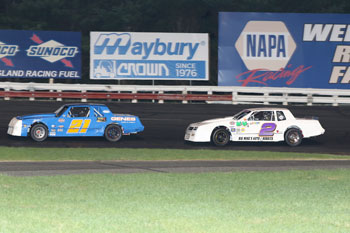 In addition to his victory last season, Lafayette recorded four other podium finishes. Lafayette will be looking for more podium finishes in the three RSMPCO.com (Royal Screw Machine Products) Street Stock Triple Crown races during the 2019 season. The winner of the RSMPCO.com Triple Crown will win a $1,000 bonus from a prize pool of $4,500 which Lafayette says would be a huge boost for his #21 team.

“I love the Triple Crown deal,” said Lafayette. “It’s awesome to have a deal like this to go racing for a portion of $4,500 from RSMPCO.com. We definitely have those three races circled on the calendar. Winning that bonus would be huge for me and it would allow me to run the full season. Every extra bit we can get helps out tremendously and that would help pay for tires and fuel and that’s money that we wouldn’t have to pay out of our pocket.”

Lafayette is in search of extra sponsorship in addition to his sponsors Tommy’s Tattoo Supplies and Gene’s Ford and Chevy that will allow him to run the full schedule this season and improve on his 6th place finish in the 2018 Street Stock points standings. 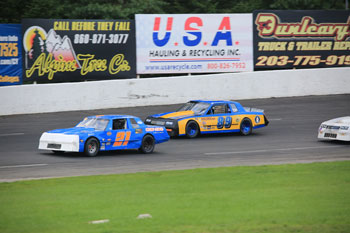 “We’re looking to pick up some extra sponsorship in order to run the full season again,” said Lafayette. “Our plan is to make at least the first half of the year and then see where we are. I’d love to be able to finish in the top-5 in points this season after we just missed the top-5 last year. I’d like to thank my sponsors Gene’s Ford & Chevy and Tommy’s Tattoo Supplies, the Lavoie Family, my girlfriend Kim for putting up with all the long nights in the shop during the week, and my Mom.”

One thing Lafayette will be looking to avoid in 2019 is a repeat of his bad luck during the 2018 season. Lafayette suffered five DNF’s last season as a result of flat tires after running over debris.

“Our car is always prepared well and all of our DNF’s last season were from picking up debris out on the track,” said Lafayette. “It was one of those things where we always seemed to be in the wrong place at the wrong time either picking up something on the track or going through the infield trying to avoid a wreck in front of us. There were a few times where I asked myself how can all the other cars go through here and I’m the one that gets the debris. A little extra luck on our side would be great. If not for those DNF’s we would have had a really good season.” 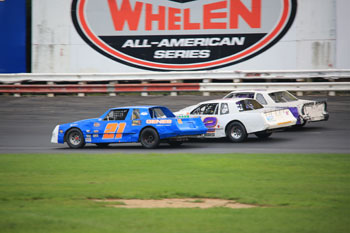 Lafayette has some extra motivation to get his #21 back into NAPA Victory Lane this season. After winning last season, Lafayette’s crew wasn’t able to come down to victory lane for a team photo due to weather that was in the area.

“Getting a win at Stafford was awesome,” said Lafayette. “I came to Stafford in 2000 and raced Late Models and then SK Lights and it’s super tough to win at Stafford, no matter what division you’re racing in. I remember the night that we won there was a lightning storm in the area and we couldn’t have anyone come down to victory lane for photos so I missed out on getting a team photo. We’ll have to get that fixed this season.”

The 2019 Street Stock season and the first event of the RSMPCO.com Street Stock Triple Crown are set for NAPA Auto Parts Spring Sizzler weekend on April 27th and 28th. The Street Stocks will kick off their season with a 30-lap feature Saturday afternoon. Tickets are available online at staffordspeedway.com or by contacting the speedway box office at 860-684-2783.