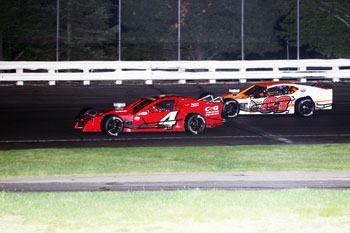 (Stafford Springs, CT)—When the Twisted Tea Open Modified 80 takes the green flag on Friday, June 8 at Stafford Speedway, one driver who will be looking for redemption at the Connecticut half-mile facility is Jeff Gallup. The Agawam, MA native had a strong showing in the VMRS 80 on May 18 at Stafford, starting seventh and leading 30 of the first 42 laps behind the wheel of his #4 C+G before fading back to 10th place at the checkered flag.

“I’m very much looking forward to getting back to Stafford,” said Gallup. “I really felt like we could have won [the VMRS 80] but I used my stuff up and we didn’t get the result we wanted. I was pretty bummed out after the race and I didn’t really want to talk to anyone. We’ll be looking for a little redemption in the Open 80.”

While Gallup may have overused his car in the VMRS 80, the rules for the Twisted Tea Open 80 allow teams the ability to change two tires during the 80-lap race where VMRS rules only allow teams to swap tires from front to back or vice versa and not add any new rubber during the race. With how good his car ran in the VMRS 80 and with the ability to change tires, Gallup feels confident about his chances of being among the contenders to win the Twisted Tea Open 80. 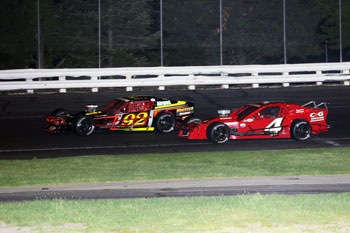 “I think we’ll be among the contenders,” said Gallup. “I don’t think there were too many cars that could run with us so hopefully we can get out front and I can set my own pace again except this time keep the car up front for the whole race. The big thing with this race is we know we’ll have some tires left for the end to be able to run with guys like Rowan Pennink and Woody Pitkat and stay up front. With the 2 change tires, you can pit around halfway or whenever and put 2 tires on the car and still run the same pace you were running at the start of the race. I think that’s going to make for a faster pace throughout the race. We need to have the car right and be in the right place at the end of the race and have enough car left to be able to go for the win.”

Should Gallup go on to win the Twisted Tea Open 80, he would join his father Richie on the list of modified feature winners at Stafford. Richie Gallup won a total of 7 SK Modified® feature events from 1984-1992 and to join his father on the winners list at Stafford would mean the world to Gallup.

“A win would mean a lot, especially at Stafford,” said Gallup. “The track is only 20 minutes from our shop and I grew up watching my Dad win a lot of SK races there and he was close to a couple of championships, so a Tour type win would really mean a lot to me.” 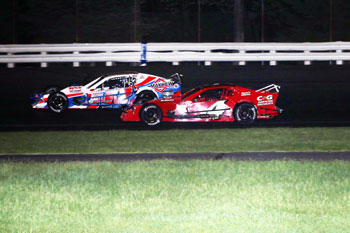