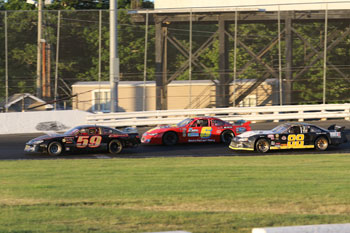 (Stafford Springs, CT)—To win a championship, a driver must not only win races, but exhibit a level of consistency throughout a season. Jeremy Lavoie and the #6 Aspen Hill Farm team displayed both qualities in driving to the 2018 Limited Late Model championship by leading the division with 8 wins and scoring 15 top-5 finishes in 20 races. Lavoie’s dominance and consistent finishes allowed him to clinch the championship with one race still to go.

“It’s surreal to now be part of the history books at Stafford and it’s a huge accomplishment,” said Lavoie. “Winning a race at Stafford is one thing but winning a championship is another. I don’t think it’s quite sunk in yet because we still have one more race to go. After the Fall Final it’s really going to sink in and we are looking forward to the championship banquet.”

As dominant as Lavoie was this season, his year began with a last place finish in the season opening NAPA Spring Sizzler feature when a mechanical issue took him out of the race before it got started. Lavoie and the #6 team quickly went about erasing the deficit they faced by winning four of the next five races. Lavoie followed that up with an eight race stretch from June 15 to August 3 that saw him record seven top-2 finishes and establish himself as the championship favorite.

“After the first week we knew it was going to be a long season and really didn’t want to look too far ahead,” said Lavoie. “We took things one week at a time and tried to get the best finish that we could each week. We started thinking about the championship around halfway through the season and with all of our wins this year we knew we had a shot. Last year we ended up third in points and we had the points lead about three quarters of the way through last season. Then Duane [Provost] started winning races so we knew wins were going to be huge to help us get into the points lead and win the championship this season.” 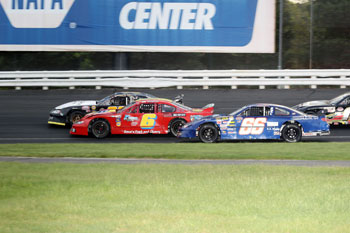 For Lavoie, winning the championship was extra special as it was the first time in his family’s 39-year racing history that they won a track title. Being able to celebrate the championship in NAPA Victory Lane with his entire family was a dream come true and an extra special moment that he will never forget.

“Celebrating with my family in victory lane was an awesome moment,” said Lavoie. “I didn’t think I was going to get emotional but I did and my whole family was emotional. We all had tears of joy rolling off our faces. My family has been racing for 39 years now and to be the first one to get a track championship means everything to me. My grandfather has been there right from the very beginning and with losing my Mom in 2015, this is a dream come true to get this championship and the fruits of all our labor paid off. We showed that even a nice guy and a nice family can finish first.”

The 8 wins this season doubles Lavoie’s previous career high of 4 wins, which he accomplished in the Street Stock division during the 2013 season. While Lavoie figured on winning a couple of races this season, he never imagined the level of success that he would enjoy and he credits his crew staying on top of their chassis as the main reason why he was able to win so many races.

“I didn’t think we’d quite win 8 races this year,” said Lavoie. “We had two three race winning streaks this season and we knew we were really on to something with the chassis. We just had to stay consistent for the remainder of the season and finish the year out strong. Big thanks to everyone who works on the car and thanks to all our sponsors this year, Aspen Hill Farm, Gene’s Ford and Chevy, L & S Equipment, Delivery Solutions, LLC., P2 Perry’s Powder Coatings.” 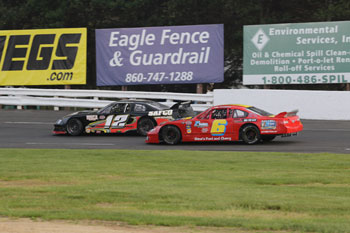 With his first career championship under his belt, Lavoie will be looking to follow in the footsteps of Duane Provost, who is the only driver thus far to win consecutive Limited Late Model track championships at Stafford.

“We’re going to continue in the Limited Late Model division and we’re going to go for back to back championships next season,” said Lavoie.

Lavoie will be looking to end his championship season on a high note by winning the Limited Late Model feature at the NAPA Fall Final Weekend, set for Sept. 29-30. Tickets for NAPA Fall Final Weekend are priced at $40.00 for adult general admission, $5.00 for children ages 6-14, and children ages 5 and under are admitted free of charge when accompanied by an adult. Reserved seat tickets are $42.00 for all ages. All ticket prices include 10% CT Admission Tax. Stafford Motor Speedway offers plenty of free parking along with overnight parking available for self contained Recreational Vehicles. Discount tickets are available through participating NAPA stores.