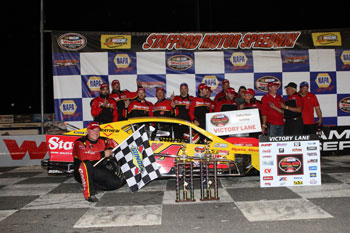 (Stafford Springs, CT)—The 2019 NASCAR Whelen Modified Tour season has gotten off to a strong start for the new combination of Jimmy Blewett and the #21 Gershow Recycling / John Blewett, Inc. team. In the first three races, Blewett has recorded two third place finishes and a tenth place effort to sit third in the points standings heading into the NAPA Spring Sizzler® at Stafford, only 8 points behind Doug Coby. Blewett says that he is not surprised that he and the #21 team have been able to find success on the track so quickly.

“I’ve been friends with Joe [Bertuccio] for a while and we talked over the winter about what our plans were going to be for the upcoming season,” said Blewett. “Joe ended up giving me a call about a month before New Smyrna and asked if I wanted to go racing in Florida and now we’re running the Tour schedule. I’m not really surprised we’ve had good results. The car has been fast before and now it’s just a matter of getting the car comfortable for me. They were pretty comfortable with Ronnie [Williams] in the car but they didn’t have something that would last the whole race so our main focus has been making the car last for an entire race.” 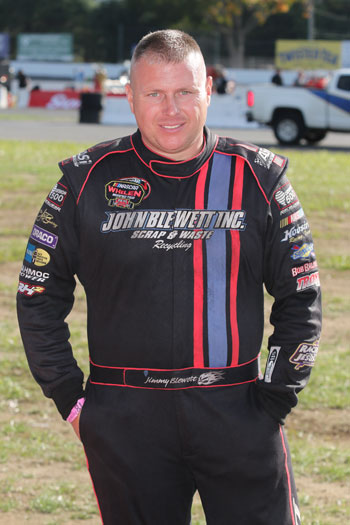 With the Whelen Modified Tour heading to Stafford for the rescheduled NAPA Spring Sizzler® this weekend, May 4 & 5, Blewett is looking forward to possibly adding his first win together with the #21 team at one of his favorite tracks. Blewett has three career wins at Stafford and has 10 top-5 and 19 top-10 finishes in 37 career starts at the Connecticut half-mile facility.

“Stafford is definitely one of my favorite tracks,” said Blewett. “I’m always comfortable racing there and as long as we can make the car comfortable for me, I think we have as good of a shot as anybody else at winning. I think we can get the job done, we just need to work a little harder on the car. We’ve been working on little things here and there every time we go to the track to try to figure out that comfort zone. After the Thompson race we found out the frame was bent on the car so we took it to Brad at North East Race Cars and got it fixed. I feel like we’ll have a better shot at Stafford now that we found that issue.” 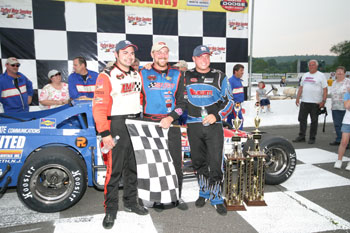 “I remember John beating me to win a race at Stafford,” said Blewett. “The amount of history that Stafford has accumulated over the years is astronomical. To be able to put my name on the list of drivers along with my brother who have won the Sizzler would be great. Hopefully we’ll have a car that I can contend for the win with.”

Blewett and the NWMT field will have their work cut out for them in seeing who will be the first driver to see the checkered flag. With a race distance of 200 laps, the NAPA Spring Sizzler® is 50-laps longer than most NWMT races and with pit rules dictating one tire change per pit stop along with the field having to stop for gas, teams will have to pick and choose when to make their pit stops during the race. With so many different variables, Blewett says that teams will have to adjust their strategy on the fly rather than having a predetermined plan of when to take fuel and change tires. 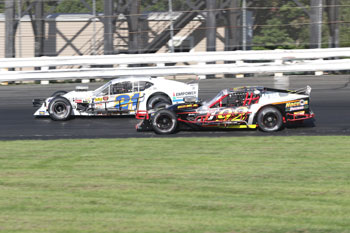 “Pit strategy is going to be the key to winning the race,” said Blewett. “You have to see where you qualify and then take things on the fly during the race. Qualifying up front is going to be huge. We haven’t been qualifying where we’d like to be just yet. We’ve been working on things to where we can get a good solid top-5 or top-10 effort in qualifying. I think most guys are going to try to go as long as they can before making their first pit stop and then see where they come out in the lineup with track position and go from there. You need to have good track position and be there for the end of the race in order to win.”

The rescheduled 48th Annual NAPA Auto Parts Spring Sizzler® is set for Friday, May 10. Tickets for the “Greatest Race in the History of Spring” are on sale now at the Speedway Box Office. Tickets are priced at $40.00 for adult general admission tickets, $10.00 for children ages 6-14, and children ages 5 and under are admitted free of charge when accompanied by an adult. Reserved seating is priced at $45.00 for all ages. As always, Stafford Motor Speedway offers free parking with overnight parking available. All tickets are good for both Saturday and Sunday admission. All ticket prices include 10% CT Admission Tax. Discount Tickets are available at participating NAPA Auto Parts stores. For a full list of the 70 participating locations throughout Connecticut, Massachusetts, New York, Rhode Island, and Vermont, please call the speedway office or point your web browser to www.staffordmotorspeedway.com/participating-napa-auto-parts-stores.