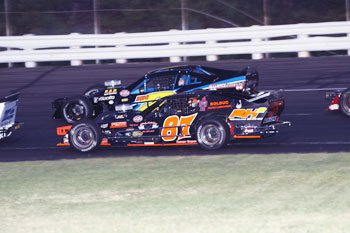 (Stafford Springs, CT)—Stafford SK Light driver Joey Ferrigno is coming off a 2016 season that some would call the best season of his 5-year career in the SK Light division at Stafford. Ferrigno finished a career high, second place in the championship points standings on the strength of a career best 12 top-5 finishes. The 2016 season saw his win total drop from 5 wins in both 2014 and 2015 down to 2. Ferrigno has notched a championship at Stafford winning back in 2005 in the DARE Stock division and while he thinks he can be a contender once again this year, he is more focused on parking his #87 RH2 Way Radio Communications machine in NAPA Victory Lane than trying to win a championship.

“We feel like we’re in good shape for this season,” said Ferrigno. “We do our homework, we take our time working on the car, and we try to not beat ourselves on the little things that can get missed. We weren’t as high in the win category as we have been the last couple seasons but I don’t particularly race for championships. Tony and I had a good battle going on at the end of the year and we would have been right there if we didn’t get caught up in some wrecks towards the end of the year but it all comes down to luck. I’d take a bunch of wins over the championship. We haven’t won the championship the last couple years but I’m still having fun winning races. It’s always about winning races and then if you can win the championship, that’s a bonus for the end of the year. We have some great support from RH2Way Radios, D’Addario’s Auto Service, Pinto Manufacturing, M+S Products, and Stevens Ductwork and we definitely think we can be a contender this year.” 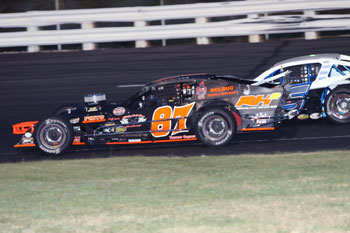 As well as going through and updating some things on his #87 machine, his Horsepower Hill team have expanded their operations to include a car for Legend Cars graduate Glenn Korner, who will be piloting the #27. Korner will join Joe Graf, Jr. and Paul French as teammates to Ferrigno for the upcoming season. Ferrigno says that while the new combination might have some positives and negatives, he feels like that in the long run it will benefit the team.

“There’s ups and downs to adding a car,” said Ferrigno. “Each of the other cars will have a little less attention but at the same time if you can find something that works on one, you can try it on another car. In the long run I think it’ll help us and it’s absolutely a bonus to have Paul French setting up the cars. He really knows how to make them go around Stafford. We’ve changed a few things on the car because if you leave it alone, everyone else gets faster and then you’re playing catchup. I can’t tell you what we changed because then everyone is going to to out and get the same stuff!” 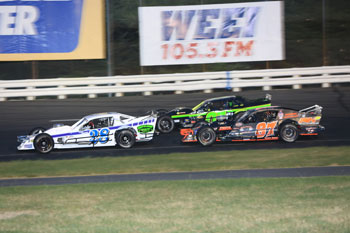 With 12 of his 14 career SK Light wins coming in the last three seasons, Ferrigno is hungry to add more to his total and he has his eyes set on the season opening NAPA Spring Sizzler feature as well as the NAPA Fall Final feature and the May 26th Dunleavy’s Modifiedz Night. Ferrigno is looking forward to the Dunleavy’s Modifiedz Night as the SK Lights will race 40-laps rather than their customary 20-lap distance and the purse is over $10,000 with the winner guaranteed at least $1,750.

“We’d definitely like to go out and win the Dunleavy’s race,” said Ferrigno. “That race carries a little more prestige and the fans are always telling us how we put on the best show each week so it’ll be nice to be the premier race during a night. A good run in that race can definitely help you for the rest of the year. Just like any other sport, you have a couple of good games or matches, or races in our case, it carries on rather than having to dig out of a hole. We’ve never won the Spring Sizzler or the Fall Final feature and I was talking with Tony Membrino, Jr. about that the other night and I partially blamed him for us not winning one of those races yet. A win in the Sizzler would be a great stepping stone forward for us for the 2017 season.” 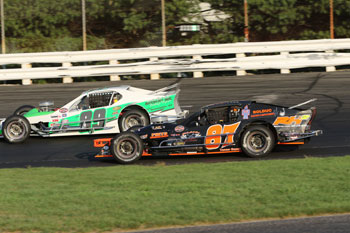 Ferrigno and the rest of the SK Light drivers will have their first opportunity at victory lane when the season kicks off with the 46th Annual NAPA Auto Parts Spring Sizzler on April 28-30. Tickets for the “Greatest Race in the History of Spring” are on sale now at the Speedway Box Office. Tickets are priced at $40.00 for adult general admission tickets, $5.00 for children ages 6-14, and children ages 5 and under are admitted free of charge when accompanied by an adult. Reserved seating is priced at $42.00 for all ages. As always, Stafford Motor Speedway offers free parking with overnight parking available. Tickets are good for both Saturday and Sunday admission. All ticket prices include 10% CT Admission Tax. Discount Tickets will be available at all 71 participating NAPA Auto Parts stores beginning on Monday April 3rd. For a full list of the 71 locations throughout Connecticut, Massachusetts, New York, Vermont, and Rhode Island, call the speedway office or visit us on the web at www.staffordmotorspeedway.com/participating-napa-auto-parts-stores.