Joey Ferrigno Looking to Rebound In 2018 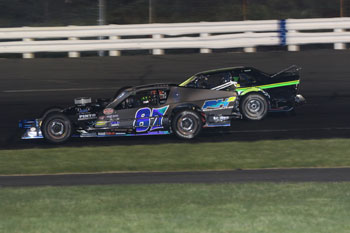 (Stafford Springs, CT)—For most drivers, a season that yields a win and a top-10 finish in the points standings would be considered a good year, but not for East Hartford native Joey Ferrigno. Since joining the SK Light division in 2012 where he won Rookie of the Year honors, Ferrigno has had only one season where he finished outside the top-5 in the points standings prior to last year.

“We had some problems last year that we didn’t catch 100%,” said Ferrigno. “We got a win and were up front a couple of weeks and for the average person that would probably be a good year, but coming off our last couple seasons, it was a disappointment for us. We thought maybe it was the different tire compound so we changed a bunch of stuff and the car just wouldn’t respond and get better. We took the car down to zero over the winter and found a couple of issues that we had overlooked. The car wasn’t as straight as it could have been and we had some front end parts that weren’t the same as they used to be so the adjustments we made to the car weren’t working. All those little things snowballed into a big problem and we were looking for a big problem to fix instead of looking for smaller issues. It was a tough year but I’d like to thank Gino with RH2 Radios, D’Addario’s Auto Service, Stevens Duct Work, Pinto Manufacturing, MTS Products, The Wheel Shop, and George for sticking with us.”

Having won 12 SK Light races from 2014-2016 and with 15 SK Light wins overall to his credit, Ferrigno is no stranger to winning SK Light feature events at Stafford. Despite his winning pedigree, the lack of results last season caused not only Ferrigno, but his crew chief Paul French as well to wonder if they just didn’t have what it took to win any more. 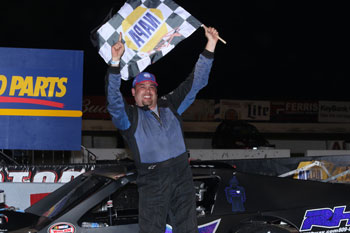 “It drives you nuts,” said Ferrigno. “We were on top of your game and fighting for wins for the last three years and then barely hanging on for a top-10. It was aggravating, it starts taking some of the fun out of racing, and you begin to doubt yourself and ask do you still have it? We were getting run over last year and we weren’t sure if our stuff was outdated or if I lost something. It was the same thing with Paul [French]. Anything that he tried made the car worse when it should have made it better. He started to second guess himself and he was beating himself up just like I was.”

With the maintenance that Ferrigno and his crew have performed during the winter months, he is feeling confident that he can get back to the level he was at for the past few seasons and return to his winning ways.

“We feel pretty good with the changes we made during the winter, I don’t have to retire just yet even though we have all these young drivers making me ancient,” said Ferrigno with a laugh. “If we could get a couple of wins and be in contention every week, that would be a good season for us. Last year, talking with guys who were running up front, I wasn’t really a threat to them and they weren’t really worried about me. They knew when they came up on me in traffic they would be able to get by, and that’s just not good. I want to get back on that list of drivers that the front runners know they have to watch out for. When I’m next to someone on a restart I want them thinking twice about what they need to do to be on their game because if they’re not I’m going to get by them. Being in the competition’s head is when I know I’m on the right track.

Ferrigno’s main focus will be on getting back to NAPA Victory Lane and if he and the #87 team can do that, the points standings will take care of themselves. 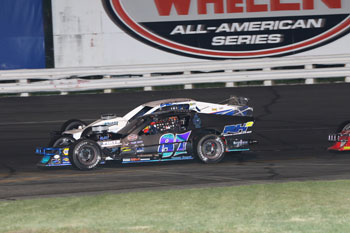 “We come to win races, we like taking trophies home,” said Ferrigno. “I’ve never really concentrated on points. If at the end of the year you’re in a position to be up front in the points it’s an added bonus. For instance what if I give up going for a win to finish second or third and protect the car a couple of times but then we get in a couple of bad wrecks later on that takes us out of the points anyways? It all comes down to luck but if we’re in position to win, we’re going to go for it. We’re all excited for the season. We wouldn’t be working hard over the winter to make sure we have the sharpest sword coming to the fight if we weren’t excited.”