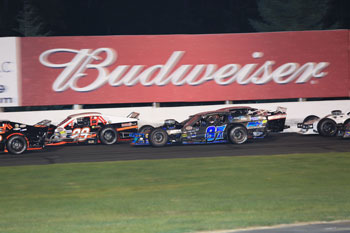 “We’re tickling the record for the most SK Light career wins,” said Ferrigno. “Chris Matthews is only one win ahead of me and that would be awesome to have that record. I’ve been in the division a while now and it would be the ultimate accomplishment to have more wins than anyone else in the SK Light division’s history.”

Since entering the SK Light division in 2012, Ferrigno has won at least one race each season since then, peaking with back to back five win seasons in 2014 & 2015. The past two seasons have seen Ferrigno and the #87 RH2Way Radio Communications team struggling to match his winning pace from the ’14 & ’15 seasons. Ferrigno has 2 wins and only 4 top-5 finishes over the past two SK Light seasons, but he is excited about his prospects for the 2019 season with a new Chassis Dynamics chassis that he will be bringing to the track. 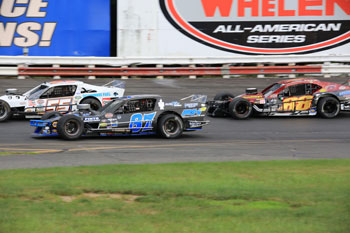 “We got a new car and we’re going to try some different things to try to find some speed somewhere,” said Ferrigno. “My old car has been good to me but the last couple years it hasn’t been quite right so maybe it’s the right time to update with some new equipment. If you keep on doing the same thing year after year and you’re not finding speed, someone else is going to find speed and beat you. Every year each division gets faster. If you look at 4 years ago, the times I was running this past season would have been a track record then but we were only a mid-pack car last year. We’ve been closing in on that record for a couple seasons now, but I’ve had back to back years with only one win. If I was winning 5 races a year like I was a couple years ago, we’d have that record already. I have some top notch equipment to start the season off with and I’m really excited to get back to racing.”

Ferrigno will once again be teammates with Mark Bakaj, who won 2 races and finished third in the SK Light points standings last season, and he will have Paul French turning the wrenches on his #87 car as the crew chief. 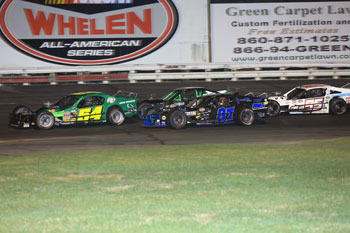 “It’s awesome to be teamed with Mark again because we’re both on the same level,” said Ferrigno. “If I tell him what the car is doing, or if he’s behind me on the track, he can see what the car is doing and he’ll suggest some changes. The race I won this past year, the car was a mess in practice so Mark jumped into it because he didn’t believe it was doing what I said it was doing. He came back in and said I was right so we made a couple of changes and went out and won the feature that night. Mark is a really smart guy and he understands my lack of terminology when I describe what the car is doing. I can get out of the car and make a motion with my hands and Mark understands what I’m talking about. Same thing with Paul French. It’s definitely a benefit to me working with Mark and Paul. They’re both very smart guys and we’re figuring out what we want to do with this new car and where on the track we want the car to do it. With their input and everyone else we have helping us out, we think we’ll be a force to be reckoned with this season.”

Rather than focusing on points and the championship, Ferrigno’s sole focus is on putting his #87 machine in NAPA Victory Lane as many times as he possibly can this season. With a new car and stiff competition on the track, Ferrigno knows winning races this season won’t be a simple task. 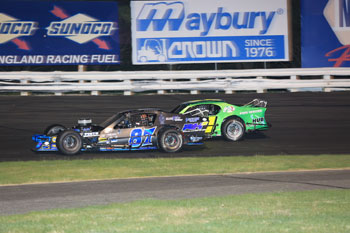 “I’ve never gone racing with the goal of winning a championship,” said Ferrigno. “I want to win on Friday nights, that’s what people remember the most. At the same time I’d love to have a championship at the end of one of these seasons though. Winning a championship would mean that we did it better than anyone else out there that season. The last two years have been humbling to go out there and put everything we had in the car and not being able to get it done after falling into wins like we couldn’t do anything wrong. I want to get back to being the car that everyone else looks at as the car to beat each Friday night and we think we have some tricks up our sleeve to get the job done this year. I really have to thank all my sponsors, RH2Way Radio Communications, Stevens Ductwork, Ferndale Construction, Pinto Manufacturing, M & S Products, MPR Flooring, ExperTech Auto Repair, and Metro Garage Door. Without them, we definitely wouldn’t be able to have come as far as we have in the SK Light division.”