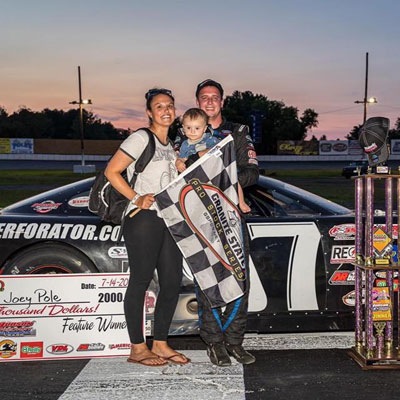 (Stafford Springs, CT)—Stafford Motor Speedway will kick off its 2021 race season with NAPA Auto Parts Opening Day on Saturday, April 24 with the Granite State ProStock Series headlining a 5 division card of racing action.  Among the headline GSPSS drivers will be 31-year old Joey Polewarczyk, Jr. from Hudson, NH.  Polewarczyk, driver of the #97 Pole’s Automotive Ford is the defending champion of the Granite State Series, winning the championship in his first full season of GSPSS competition.  Polewarczyk wins in the prestigious Milk Bowl in 2010 and the Oxford 250 in 2012.  The 75-lap GSPSS feature event on NAPA Auto Parts Opening Day will mark Polewarczyk’s debut appearance behind the wheel at Stafford and he is looking forward to the challenge.

“I’ve never raced at Stafford before,” said Polewarczyk.  “I helped out a K & N team back around 2007 or 2008 and that’s the only time I’ve been to Stafford.  It’s always unique and challenging anytime you go to a new track.  I’ve watched a lot of videos and that kind of stuff from Stafford and it looks like it’s a racy track and very fast.  I think the Granite State cars will get going pretty good around Stafford and it looks like a fun track and I’m definitely looking forward to trying it out.”

The GSPSS entry list currently stands at 22 drivers with 8 former or current Stafford regulars and 14 GSPSS drivers.  The Stafford regular list includes five former track champions in Cory Casagrande, Adam Gray, Devin O’Connell, Keith Rocco, and Jeremy Sorel along with Mike O’Sullivan, Mike Scorzelli, and Alexander Pearl.  O’Sullivan is also a 2-time GSPSS champion while O’Connell is the 2018 GSPSS champion.  The Granite State regulars are headlined by Polewarczyk as well as feature winners Angelo Belsito, Josh King, Dave Darling, and D.J. Shaw.  With a mixture of drivers who have plenty of experience at Stafford versus drivers who will be seeing the track for the very first time, Polewarczyk feels like he and his fellow GSPSS regulars will be at a small disadvantage.

“I’m sure the guys who race Stafford weekly will have a little bit of an upper hand because they know the characteristics of the track and how it reacts on long runs and things like that,” said Polewarczyk.  “Everyone is excited to go to a new track and try something different and a lot of the guys who run the Granite State series are from that area, so I think you’ll see a good mix of drivers and it’ll be anyone’s race to win.  We’re going to give it all we’ve got and try to get the car where we want it handling and hopefully the rest will take care of itself.  If we can get the car to turn and get the car to have good drive off the corner we should be all right.” 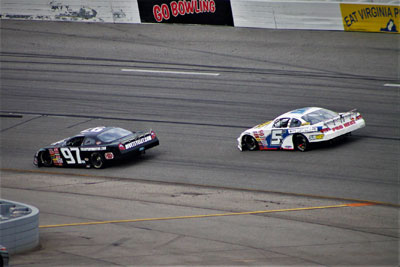 The mixture of Stafford veterans and Granite State regulars has Polewarczyk feeling like the 75-lap GSPSS feature has all the promise of delivering 75-laps of thrilling action.

“All the Granite State races last year were pretty close,” said Polewarczyk.  “There’s a bunch of different guys who can win on any given week and when you add that to a new track with some of the regulars who are all really good at Stafford, I think the race will be very competitive.  Guys like Ray Christian, Angelo Belsito, and Joey Doiron will all be tough and I think there will be at least 10 cars that will have a legit shot at winning the race.”

With no prior driving experience at Stafford, the opening laps of the first practice session will be of utmost importance to Polewarczyk and the rest of the GSPSS regulars can begin to get a feel for the half-mile facility and start to dial their cars in for qualifying and the 75-lap feature event. 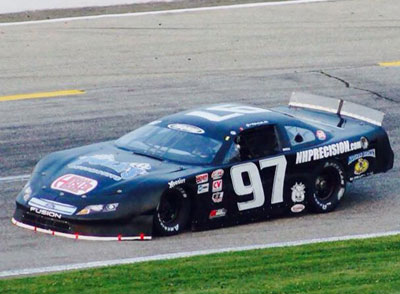 “The first laps on the track are going to be huge for everybody,” said Polewarczyk.  “We’re hoping to unload the car and be somewhat close to what we need right out of the gate and work on fine tuning things.  Stafford is the first Granite State race of the 2021 season so everyone is going to be itching to get back to the track and go racing.  If we can start the year off with a win or at least a good finish, that can really help set the tone for how the year is going to go.  Everyone wants to do well in the first race and our hope is to keep all the fenders on the car and be there at the end to try to win the race.”

Tickets for the April 24 NAPA Opening Day are available and on sale now through www.staffordspeedway.com.  Adult General Admission tickets are $35 with kids 6-14 $10 and kids 5 & under free.