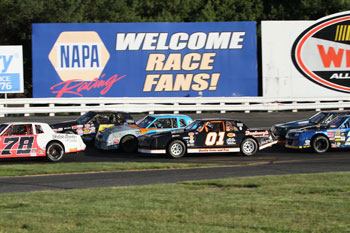 (Stafford Springs, CT)—After twice finishing as the DARE Stock runner up and then winning a championship last season, Johnny Walker came into the 2017 season at Stafford Speedway with plans to run a limited DARE Stock schedule and then try his hand in the modified ranks. But after those plans fell through, Walker and the #01 Dunleavy’s Truck and Trailer Repair team put together one of the most dominating seasons that has ever been seen at Stafford in any division.

“Unbelievable is an understatement, it’s funny how the ball bounced for us,” said Walker. “We weren’t planning on running a full season this year. The plan was to start the year and then after the Dunleavy’s race in May we were going to switch over to a modified and get my feet wet and get some experience with Carlos Gray. Things changed up and he ended up having to sell his car so I decided to stay in the DARE Stocks and finish out the year and try to make it two in a row.” 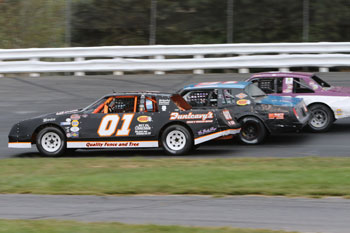 The season began with a less than favorable outcome for Walker and the #01 team with a mechanical issue limiting them to 12th place finish in the season opening NAPA Spring Sizzler feature. But from that point forward, things could not have been much better for Walker and the #01 team than they turned out to be. Walker finished each of the next 16 races on the podium with 8 wins, 5 second place finishes, and 3 third place efforts. Walker’s average finish for the 17 race season was a miniscule 2.3 and such was his dominance and consistency throughout the season that he actually clinched the championship a night early on Sept. 22. With the championship having been wrapped up a race early, Walker and his crew had the freedom to head into the NAPA Fall Final feature with zero pressure to perform and they won their 8th and final race of the year to put an exclamation point on their championship campaign. 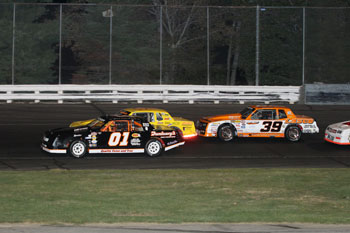 “We knew we had the championship tied up so we went [into the NAPA Fall Final race] to just have fun and that was probably the most fun race I’ve had all year racing door to door with Brandon [Michael],” said Walker. “I hope it was a good show for all the fans, it was definitely my most favorite race of the year. Usually it’s tough to get these cars going on the outside and he made me work for that one. It was one of the most memorable years for me with 8 wins and we had 5 in a row at one point.”

Walker will officially be recognized as the 2017 DARE Stock champion at the 48th Annual Stafford Speedway Champions Awards Ceremony to be held on Friday, November 17 at Maneeley’s in South Windsor.