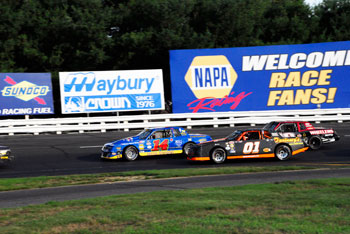 (Stafford Springs, CT)—For Ludlow, MA native Johnny Walker, the 2016 season at Stafford Speedway was the realization of a dream come true as he won the DARE Stock track championship. Walker had been agonizingly close to winning the championship in 2013 and 2014, finishing second in the standings each season before taking the 2015 season off. Now that he has a championship under his belt, Walker is ready to go for two in a row in 2017 with his #01 Dunleavy’s Truck & Trailer Repair / Garrett’s Carpentry & Drywall Chevrolet.

“It’s been a couple of months, but it’s actually just now setting in that we won the championship,” said Walker. “We love Stafford and the track has always treated us good. Racing for the championship and points was really stressful last year and now that we got that monkey off our back with the championship, the goal is to have fun and try to win as many races as we can. We don’t want to worry about points like we did last year. If we can go back to back and add our name to the Stafford record books, that’s a pretty small list of drivers who have done that and it would be pretty special to add our name to that list.” 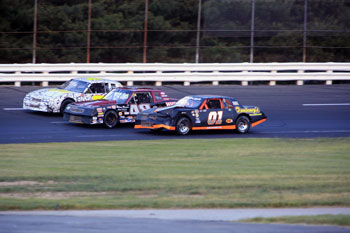 The 2016 season was a class in both domination and consistency for Walker and his #01 team. Outside of a 12th place finish on July 8th, Walker finished each of the other 16 races on the schedule in the top-5 with 13 podium finishes. While Walker says the pressure of the championship chase started to wear on him during the season, his results on the track didn’t show that as he finished the final 8 races of the season on the podium. Walker and his team have been hard at work replacing the body on his #01 Chevrolet during the winter and he will debut a new paint scheme for the 2017 season in the Stafford booth at the Frank Maratta Auto Show on March 10-12.

“We’re hanging a brand new body on the car, other than that it’s pretty much all the same equipment that we’re coming back with,” said Walker. “We’re really looking forward to being part of the Frank Maratta Auto Show and representing our sponsors Dunleavy’s Truck & Trailer Repair, Garrett’s Drywall and Carpentry, and Holyoke Dental Associates. We’ve torn the car apart and we’re checking everything over and putting it back together. Because of the Maratta show, we’re actually ahead of where we usually are with the car at this point. It’s normally just myself, L.J. Alaimo, and Aaron Hietala working on the car so we usually stretched things out over the course of the entire winter. We’re working on a new paint scheme for the 2017 season that we’re going to debut at the show.” 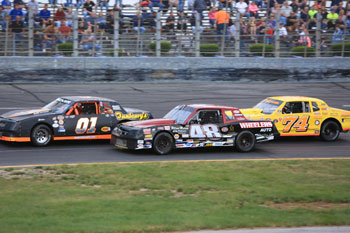 As Walker prepares to defend his championship, he will have to face some new competition as some of the veterans have moved on and there are new faces ready to step into the DARE Stock division and make a name for themselves. Walker also likes to take the time to help and mentor the younger drivers even though he is looking to beat them once they head out on to the race track.

“I feel kind of bad so many people that I’ve raced with are moving up like the Fearns and Tyler Trott,” said Walker. “As it stands right now, we just don’t have the resources to move up to a higher division. We’ll have to get used to the new faces and the up and coming stars. I like being able to help new drivers out with some tips or pointers. Some drivers can struggle with moving from go karts up to the DARE Stocks, so I take a lot of pride in being able to help anyone out that I can. Mike Hopkins won a race last year as a rookie, I know Trace Beyer is going to have a fast car, and it should be a lot of fun this season.” 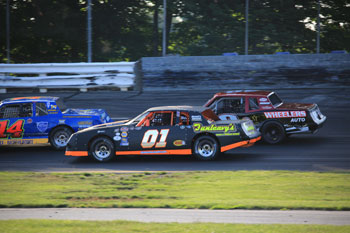 One race that Walker has circled on his calendar is the May 26 Dunleavy’s Modifiedz Night. Although the DARE Stocks will be racing their customary 15 lap distance that night, Walker has a special connection with the Memorial Day Weekend race.

“I’m really excited about the Dunleavy’s night,” said Walker. “We’ve won that Memorial Day Weekend race 3 years in a row and we’d like to make it 4 in a row, especially with Dunleavy’s as the sponsor of the night.”

Walker and the rest of the DARE Stock division will take to the track for the first time in 2017 as part of the 46th Annual NAPA Auto Parts Spring Sizzler on April 28-30. Tickets for the “Greatest Race in the History of Spring” are on sale now at the Speedway Box Office. Tickets are priced at $40.00 for adult general admission tickets, $5.00 for children ages 6-14, and children ages 5 and under are admitted free of charge when accompanied by an adult. Reserved seating is priced at $42.00 for all ages. As always, Stafford Motor Speedway offers free parking with overnight parking available. All tickets are good for both Saturday and Sunday admission. All ticket prices include 10% CT Admission Tax.