Jon McKennedy Looking to go Back 2 Back at Stafford 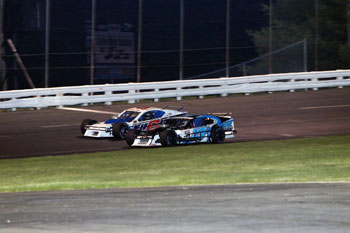 (Stafford Springs, CT)—When the Exit Realty Modified Touring Series comes to Stafford Speedway this Friday, July 21st for the Lincoln Tech 100, Jon McKennedy will be looking to make it back to back victories at the Connecticut half-mile. McKennedy won the first ever appearance for the new series at Stafford back in June with a drive that saw him have to come from the back to the front several different times. McKennedy only led 4 laps in the race, but they were the most important laps, the final 4 laps of the race. A victory for McKennedy would be two in a row in the MTS and it would be his third consecutive touring series victory at Stafford as he won the VMRS 80 at Stafford last September.

“I feel good,” said McKennedy. “Stafford has been a pretty good track for me the past couple of years and we’ve won the last 2 times we’ve been to Stafford with the MRS and the MTS against a strong group of competitors. I think we have a real good chance on Friday. It’s a long race at 100 laps so we just have to stay out of trouble and put ourselves into position for the end of the race and see how things play out. We were pretty strong the whole race. We had a lower control arm break in our qualifying heat race so we basically started last and we drove up to third before the competition caution. We made some adjustments under that caution to try to make the car better and we restarted in the back and came back to the front. Then we pitted later and changed a tire and came from the back again, so the car was really good and we’ll be bringing the same car back for this race. We’ll make some small changes to it for the weather and the track conditions and we’ll hope for the best.” 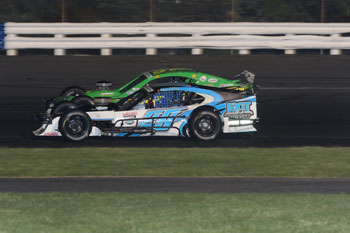 The Lincoln Tech 100 will serve as the opening round of the Modified Touring Series Sunoco Quest for the Cup in which 12 drivers will accumulate points over the next 4 races to set up a top-5 in the standings for the final race of the 2017 season at Monadnock in September. McKennedy, as well as the other 11 championship hopefuls, will be looking for a good finish to kick off their championship quest on a high note.

“There’s 12 guys locked into the championship deal and for us, we always try to go as hard as we can in the races and try to keep our nose clean and let the points fall where they fall,” said McKennedy. “It’s tough to say how that might impact things, I think most guys have the same kind of driving style where they try to win every race. It’s still a bit early to worry about points, I think if it was the end of the year it might be a little different. It’s important to get off to a good start, but if you have a bad race, there’s still 3 more races to get back into the championship quest.”

With the Lincoln Tech 100 being shortened from 125 laps down to 100 laps and no competition caution, McKennedy says that will open things up for the team to try different strategies and will result in a great race for fans. 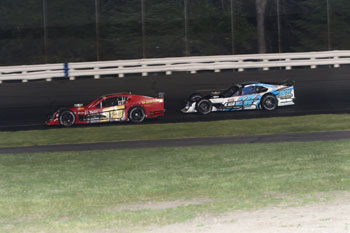 “I’m glad they changed to 100 laps,” said McKennedy. “I think overall you’ll see a better race and guys will be up on the wheel much longer throughout the race rather than saving the car for later. As far as strategy goes, a lot of times you go into a race with a strategy in mind and it doesn’t work because of how the cautions fall. You put a few ideas together and depending on when the cautions fall and how your car is running, you make your strategy decisions from there. It should be an interesting race with a lot of good cars. As good as our car ran in June, I feel good, we’ll just have to dial the car in to the conditions. It seems like Stafford is pretty sensitive to weather so we’ll have to keep an eye on that and make adjustments accordingly. I think everyone is going to see a real good race and it should be interesting.”

Tickets for the Lincoln Tech 100 are available and on sale now at the Stafford Speedway box office. Tickets are priced at $30.00 for adult general admission tickets, $5.00 for children ages 6-14, and children ages 5 and under are admitted free of charge when accompanied by an adult. Reserved seat tickets are $32.00 for all ages. All ticket prices include 10% CT Admission Tax. Stafford Motor Speedway offers plenty of free parking along with overnight parking available for self contained Recreational Vehicles. Stafford’s five NASCAR Whelen All-American Series divisions will join the Exit Realty Modified Touring Series in feature action.