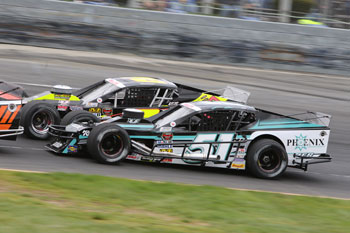 (Stafford Springs, CT)—After finishing second and third in the NASCAR Whelen Modified Tour points standings the last 2 seasons, Justin Bonsignore enters the August 3rd Starrett 150 at Stafford Speedway in the midst of a dominant season that has him leading the championship standings. Through 8 races, Bonsignore and the #51 Phoenix Communications, Inc. team have recorded 4 wins, 7 top-5, and 8 top-10 finishes. Bonsignore has said many times over the course of his career that Stafford hasn’t been his strongest track and his lone finish outside the top-5 this season came at Stafford back in April for the NAPA Spring Sizzler. But with how well he and his team have been performing this season, Bonsignore is looking to get the Stafford monkey off of his back in the Starrett 150.

“I’ve talked about Stafford throughout my career as not being my strongest track,” said Bonsignore. “We’ve had days at Stafford where things have gone well and we’ve come close and other days where we’ve been out to lunch and struggling to hang in there. We had a good run in the Sizzler but we didn’t get the finish that I felt we should have had. I think our strategy was a little off but we’ve come a long way as a team since then and we’re all excited to get back to Stafford and give it another shot. We’ve been firing on all cylinders since we left Stafford in the spring. We were really strong at Loudon last time out and I think we’ll be able to contend at Stafford.” 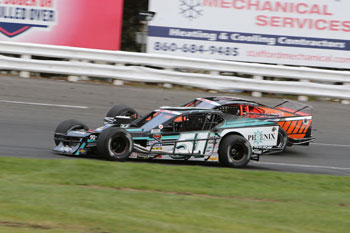 Bonsignore has already tied his career high mark for wins in a season with 4 and there are still 8 races left on the 2018 schedule. Bonsignore credits a chassis change and the addition of Ryan Stone as his crew chief over the winter as the main factors in his success this season and with a stretch of 3 races over the next two weeks, Bonsignore is looking to kick off the second half of the 2018 season with a strong effort in the Starrett 150.

“We’ve had a great first half of the season and we have to keep that going for the second half,” said Bonsignore. “The biggest thing was we made the switch to an LFR Chassis and we brought Ryan Stone on board as crew chief. Ryan is doing a great job of bringing fast cars to the track every week and we’re unloading off the truck with a lot of speed. We’ve been right near the top of the time sheets during practice and qualifying which allows us to fine tune on the car rather than chasing the car or looking for speed. Everything is clicking within the team, especially between Ryan and myself, and we have a lot of momentum going right now. If we could pull into victory lane at Stafford, it would be a big accomplishment for my career and hopefully we can do that this Friday night. If we can have a good run or get a win at Stafford, it would start the second half of the season going in the right direction.”

A step in the right direction for Bonsignore to be able to win the Starrett 150 is to have the correct pit strategy. Bonsignore had a strong run in the NAPA Spring Sizzler back in April at Stafford, but he feels like he could have had an even better finish than 8th place if he had a better pit strategy. With teams only allowed one tire per pit stop and three tires to change during the Starrett 150, nailing down the pit strategy will be key although Bonsignore says that the perfect pit strategy is harder to formulate than one might think. 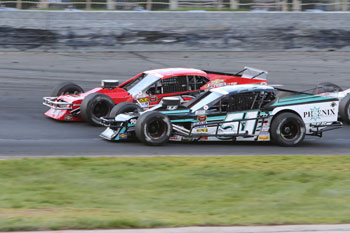 “You start the race with a game plan and if situations play out like you think, you come down pit road and execute your plan,” said Bonsignore. “All it takes is one caution at a weird time or if your car isn’t handling the way you need and you have to short pit, it can throw your plan for a loop. We start with Plan A but sometimes you have to go with Plan B or C and adjust on the fly. With the one tire rule, it’s still so new I don’t think any team has really nailed the strategy 100% yet. We’ve done a few different things the last 2 years and it’s an ever changing process. If you can get your three tires on the car as late as possible and still have enough time to charge back through the field, that’s the best way to go. Ryan Preece had the right strategy at the Sizzler. He was able to hold on to the lead lap and was the only car to pit late in the race and he had the best tires at the end. I feel like pitting late will be the way to go if that scenario falls our way.”