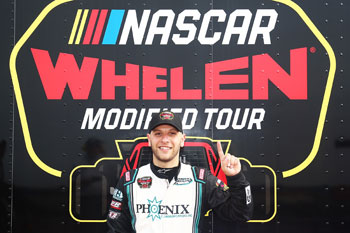 STAFFORD, Conn. — On a weekend where he can clinch his first career NASCAR Whelen Modified Tour championship, Justin Bonsignore is going to have the best view of anyone when the penultimate race of the season takes the green flag.

Bonsignore was the fastest car in group qualifying on Saturday and scored his 10th career pole ahead of the NAPA Fall Final 150 at Stafford Motro Speedway. The pole was also his fifth of the 2018 season driving for Kenneth Massa Motorsports. His fast time in the qualifying session was 18.157 seconds (99.135 mph).

“It’s huge,” Bonsignore said. “We have a lot on the line this weekend. Our goal is to win the Fall Final. It’s a track I’ve never won at.”

Chase Dowling, who is coming off his first career win in the Musket 250 at New Hampshire Motor Speedway, came up one spot short of sweeping the Stafford poles in 2018. Dowling toured the Connecticut half-mile with a fast lap of 18.273 seconds (98.506 mph).

Dave Sapienza, who went on the track as part of the final group, qualified third. Eric Goodale, who was fastest in practice for the NAPA Fall Final, was fourth. Burt Myers rounded out the top five.

Doug Coby, who won the Starrett Tools 150 at Stafford in August, was sixth. Ron Silk, Craig Lutz, Rob Summers and Timmy Solomito rounded out the top 10.

The NASCAR Whelen Modified Tour returns to the track for the NAPA Fall Final 150 on Sunday at 3:15 p.m. 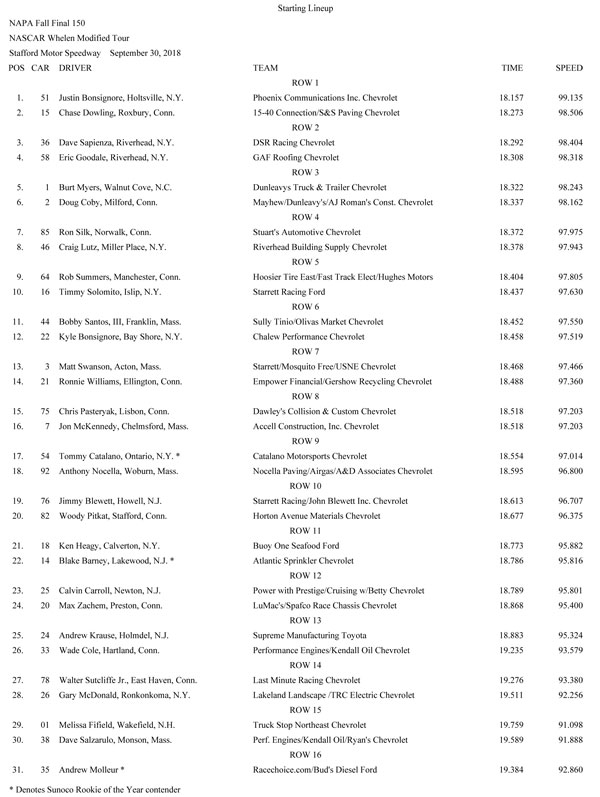