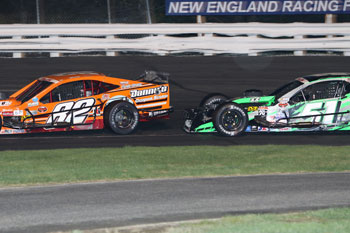 (Stafford Springs, CT)—When it comes to NASCAR Whelen Modified Tour racing at Stafford Motor Speedway, Long Island native Justin Bonsignore will be the first to admit that Stafford hasn’t been one of his better tracks. Bonsignore has racked up 9 top-5 and 16 top-10 finishes in 28 career NWMT starts at Stafford in addition to one career pole position coming at the 2011 NAPA Fall Final but is still in search of that elusive first career Stafford win.

“I’m really excited to get back to Stafford,” said Bonsignore. “On one hand it hasn’t been my best or easiest tracks for results, but we had a lot of speed at Stafford last time out for the Fall Final and we had a freak issue with the kill switch take us out of contention. We’re hoping we can carry over our speed from the Fall Final to the Sizzler. We sure hope we can get our first win in the Sizzler. If I were to ever get that first win at Stafford, what better race to get it at than the Sizzler? It’s the biggest race of the year at Stafford so to get our first win at the Sizzler would mean a little more and it would be nice to drink the milk in victory lane.”

If Bonsignore needs inspiration, he needs to look no further back than the NAPA Fall Final last season. Bonsignore and the #51 Phoenix Communications team won at New Hampshire last September and he followed that win up with a 4th place finish in the Fall Final. 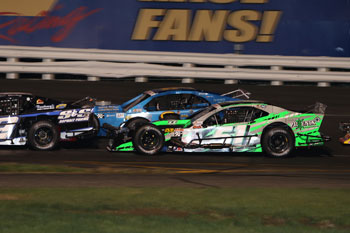 “We’ve continually gotten better at Stafford and were able to win at New Hampshire with something that hit really well, we brought that to Stafford for the Fall Final last year,” said Bonsignore. “It was a night and day difference for us to be able to compete with Doug [Coby] because he’s been the car to beat the last couple of years at Stafford. We’re bringing something similar back to what we had in the fall for the Sizzler and we’re optimistic about our chances.”

One area where Bonsignore may be able to one up the competition is in the race strategy department. With the majority of NWMT teams utilizing the NASCAR Spec Engine, those teams will all have to come to pit road for fuel at some point during the 200-lap race along with making a second stop for tires. New for 2017 is a rule that allows teams to change 4 tires rather than the customary three tires and teams can fit a softer right rear tire than the right rear tire they have to qualify and start the race on. 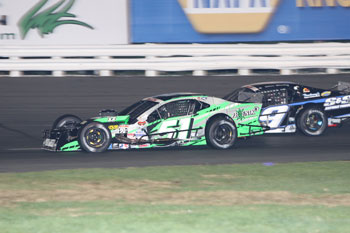 “The new tire rule is something that a lot of the teams have been asking for,” said Bonsignore. “It’s definitely going to throw some more strategy into the mix as we saw at Myrtle Beach and I think we would have been able to have a better finish than we did at Thompson by pitting late for one more tire. We’re going to have to make a fuel stop at Stafford so I think the strategy game is going to be pretty interesting. We might take 3 tires at one point and save the right rear for later in the race. If you’re leading with a good car late in the race you probably won’t pit but if you’re running eighth or ninth with no shot at winning, you might come into the pits for a tire that might help you charge back through the field. It’s definitely going to add another element for the teams and the fans to follow along during the race. I think most guys are going to short pit early for fuel within the first 50 laps and then get to at least halfway before they start putting tires on. There’s a lot of crazy minds with crazy ideas between all the crew chiefs on pit road, so you might see something that you weren’t expecting. We’ve kind of had strategy work against us so far in the first 2 races of the season, but our cars have been fast. Hopefully we can bounce back at Stafford and a Sizzler win would be huge for us.”

A good run at Stafford on Sunday begins with a good qualifying lap on Saturday for a starting spot towards the front of the pack. A good qualifying effort will give the driver and team the opportunity to pick a premium pit stall on pit road as well as giving them good track position to work with when the green flag falls. 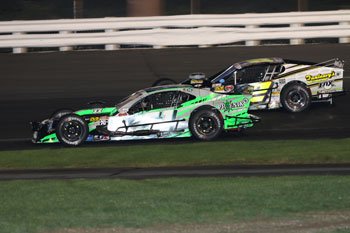 “Track position is always key with the Whelen Modified Tour,” said Bonsignore. “With the pit stall selection based off of qualifying now, it’s important to have a good qualifying lap to get a good pit stall. You normally want to be at the beginning or the end of the pit road at Stafford and not be jammed up in the middle. No matter how many laps the race is, 100, 150, or 200, it’s always nice to have good track position at Stafford.”