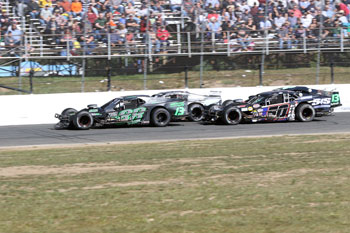 (Stafford Springs, CT)—With the dust settled on the 2017 season at Stafford Motor Speedway, Keith Rocco and the #88 Wheelers Auto team are the SK Modified® track champions. For Rocco, the championship is his third SK Modified® crown at Stafford, putting him alongside Geoff Bodine, Mike Christopher, Bo Gunning, Bugsy Stevens, Bob Potter, and Ted Christopher as the only drivers in Stafford’s history with three or more modified championships.

Rocco’s 2017 season was a season of consistency paired with clutch performances when he needed them the most. Rocco scored top-9 finishes in each of the first 10 races of the 2017 season and he was the SK Modified® points leader from late June through mid August. Despite his run of consistent finishes, Rocco was struggling to find NAPA Victory Lane.

“We just struggled with the car we had,” said Rocco. “We never found a sweet spot for it and it didn’t have a real good size window for being off a little on the setup.” 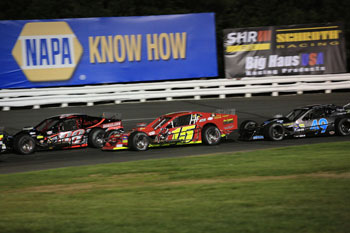 Two consecutive finishes outside the top-10 in August dropped Rocco out of the points lead and several more finishes towards the bottom end of the top-10 in late August and early September saw him sitting in third place with a deficit of 34 points to make up in the final 2 races of the season. For the final 2 races of the season, Rocco decided to bring his Waterford car to Stafford and he won those final 2 races to win the championship by a 6 point margin over Chase Dowling.

“The toughest weekly racing series competition is right here at Stafford,” said Rocco. “I would put the SK’s up against anywhere in the country that this is the toughest racing.”

While Rocco won the NAPA Fall Final race to claim the championship, it was no easy race as he had to avoid a melee that broke out right at the start of the race and then spent much of the first half of the race bottled up in a 2 by 2 situation. Rocco was able to take the lead right at the midway point of the race and once he was out in front, he never relinquished the lead. 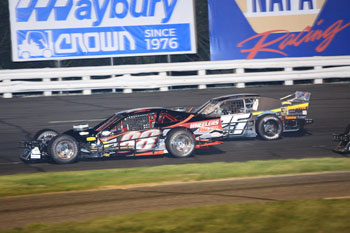 “I didn’t really have any expectations, I just knew we had a car that was capable of winning the race,” said Rocco. “It was pretty frustrating at the beginning of the race, 2 by 2 and Chase [Dowling] got by us and [Stephen] Kopcik was between us. Never did I want Chase ahead of me so it was pretty frustrating but he got tangled up and we squeaked through and then once things got singled out, I knew we had a car capable of going to the front. We had a couple of close calls and we hit wheels a couple of times, but we didn’t knock the toe out or anything. It was a good day for us. To be honest the hardest part of the whole day was getting out of the car and having to make the victory lane speech.”

Although he won the championship, it was a bittersweet moment for Rocco and the #88 team with the loss of his mentor and friend Ted Christopher in a plane crash. 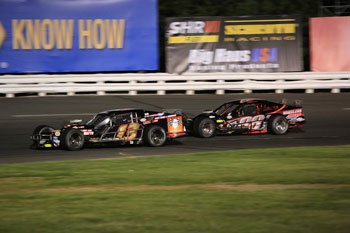 “We were on a mission these last two races,” said Rocco. “This is a tough one. This is for the whole Christopher family and the team. Ted’s whole team was here and I tried to drag them all into the photo in victory lane. I’m sure they didn’t all want to be here today but they came to cheer me on. One thing about me and Ted is there was never any jealousy between us. If I couldn’t win I wanted him to win and if he couldn’t win it was the other way around. We laughed and joked about it and he told me that if he wasn’t close enough that I was going to win the championship. I just wish it was different.”

Rocco will officially be recognized as the 2017 SK Modified® champion at the 48th Annual Stafford Speedway Champions Awards Ceremony to be held on Friday, November 17 at Maneeley’s in South Windsor.