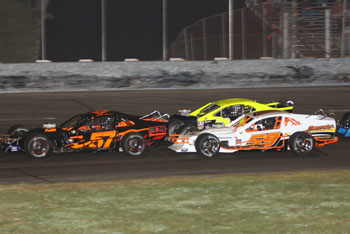 (Stafford Springs, CT)—For SK Modified® regular Keith Rocco, Friday’s (May 19th) Valenti Modified Racing Series 80-lapper will be a throwback. Rocco will chase the checkered flag behind the wheel of Mark Payne’s #57 machine rather than his usual #68 John & Maina Rufrano owned car. Rocco has been campaigning the Rufrano owned car for the past several seasons in Valenti Modified Racing Series competition. Rocco won his very first VMRS race at Stafford behind the wheel of the #57 machine and would like to make a repeat trip to NAPA Auto Parts Victory Lane.

“The 68 car isn’t quite ready yet, so we’ll be in the 57,” said Rocco. “We should have a pretty good shot at the race. We just have to hope everything goes accordingly since we haven’t run that car at Stafford in a while. If we can nail down the setup we should be good for the race. The first MRS win I ever got was at Stafford with that car, so hopefully we can pull it off again.”

The 4th Annual VMRS 80 is the season opening race for the Valenti Modifieds and the door is wide open for a new face to sit in NAPA Victory Lane at the end of the night. Stafford has been a track that is notorious for drivers with weekly experience to have the upper hand. Rocco noted that the advantage might be a bit overhyped and that the race should be smooth and most likely will see familiar faces dueling for the win during the 80-lap race. 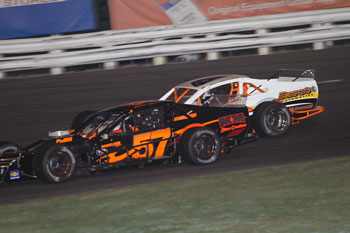 “It doesn’t seem to matter what time of year it is, those races always seem to go pretty smooth,” said Rocco. “With the amount of seat time we have at Stafford, we have a little bit of an advantage but I don’t think it’s as big of an advantage as everyone thinks it is. I think you’re going to see guys like [Rowan] Pennink, Teddy [Christopher], [Jon] McKennedy, [Woody] Pitkat, all the usual guys who are up front at Stafford.”

In addition to his VMRS duties behind the wheel of the #57 car, Rocco will also be looking to continue his hot start to the SK Modified® season at Stafford. Driving the #88 Wheeler’s Auto car, Rocco has opened the 2017 season with two podium finishes in the first 2 races of the year. Finishing third and second, Rocco will be looking to record his first win and occupy the only step on the podium he has yet to reach this year. Rocco is currently tied with Ted Christopher and Ronnie Williams for the lead in the SK Modified® points standings.

“We did our homework over the winter,” said Rocco. “We’ve been lacking in the speed department for the last few years. We’ve been there at the end of races but we haven’t had the speed in the car like we have this year. I’m really looking forward to the rest of the season, there’s no better way to start off the season with 2 podium finishes.” 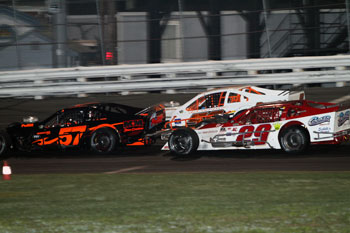 The Valenti Modified Racing Series will take to the track with qualifying beginning at 6:15pm. Stafford’s five NASCAR Whelen All-American Series divisions will also be in action. Tickets for this event are on sale now and are priced at $30.00 for adult general admission tickets, $5.00 for children ages 6-14, and children ages 5 and under are admitted free of charge when accompanied by an adult. Reserved seat tickets are $32.00 for all ages. All ticket prices include 10% CT Admission Tax. Stafford Motor Speedway offers plenty of free parking along with overnight parking available for self contained Recreational Vehicles.