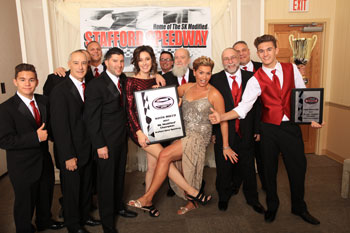 Keith Rocco and the #88 Wheelers Auto team used a combination of consistency and clutch performances to take the title. Rocco began strong with 10 top-9 finishes but began to struggle in August and the beginning of September. Entering the final 2 races of the season, Rocco trailed Chase Dowling by 34 points. Rocco and the #88 team then rised to the occasion by winning the final 2 races to claim the championship by a 6 point margin over Dowling. For the season, the #88 team posted 2 wins, 9 top-5 and 15 top-10 finishes for an average finish of 5.8 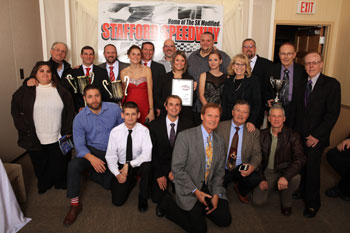 Glen Reen and the #31 LifeCare Family Chiropractic team were a model of consistency throughout the 2017 season en route to winning the championship. In 17 starts this season, Reen posted 16 top-7 finishes with his worst finish for the season an 11th place effort on Sept. 15. Despite not leading the Late Model division in wins, top-5s, or top-10s this year, Reen’s consistency carried him to the championship with Tom Fearn and Kevin Gambacorta tied for second, 8 points behind Reen. For the season, Reen and the #31 team posted 3 wins, 13 top-5, and 16 top-10 finishes and they finished on the podium in 10 of the 17 races. 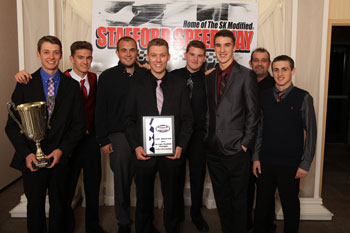 Cory DiMatteo made the move from Legend Cars into SK Lights at Stafford for the 2017 season and he proved he was a quick study by winning the first 2 races of the season. DiMatteo used that early momentum to establish himself as a championship contender but several finishes outside the top-15 dropped him out of the points lead. DiMatteo spent much of the summer recovering lost points from his finishes outside the top-15 and he posted top-6 finishes in 11 of the final 12 races to erase his deficit to the point leaders and win the championship at the NAPA Fall Final with a 4th place finish. For the season DiMatteo posted 4 wins, 12 top-5s and 14 top-10s and he becomes the fourth rookie driver, joining Michael Gervais, Jr. in 2009, Matt Galko in 2010, and Jeremy Sorel in 2014 as rookie drivers who also won the SK Light championship. 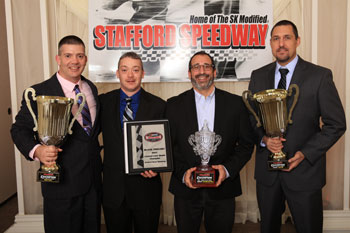 While Duane Provost had a bit of luck and circumstance on his side last season in winning the Limited Late Model championship, he needed no such favors this season as he locked down a second consecutive track championship. Provost and the #88 Michael Facchini Law Firm team scored top-5 finishes in 16 of the 17 races this season with 3 wins. Provost scored back to back wins in early June and then won again on Sept. 15 to help cement his place at the top of the standings heading into the final 2 races of the season. For the season Provost scored 3 wins, 16 top-5s, and 16 top-10s. 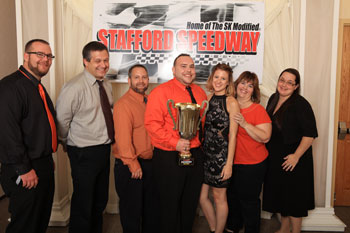 After winning the DARE Stock championship in 2016, Johnny Walker and the #01 Dunleavy’s Truck & Trailer Repair team came back and put together one of the most dominant seasons in Stafford history in any division. After a loose steering wheel relegated him to a 12th place finish in the season opening NAPA Spring Sizzler feature event, Walker finished each of the remaining 16 races on the podium with 8 wins, 5 second place finishes, and 3 third place finishes. The 8 wins set a DARE Stock record for most wins in a season and Walker easily accumulated the highest point total of any driver at Stafford this season with 806 points over 17 races. 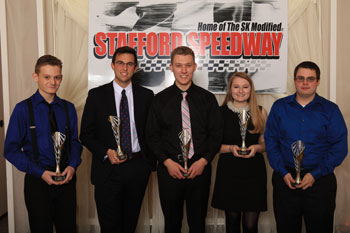 The NAPA Auto Parts Rookie of the Year awards were presented to Josh Wood from the SK Modified® division and Paul Arute from the Late Model division. Taking home R.A.D. Automachine Rookie of the Year honors were Cory DiMatteo in the SK Light division, Alexandra Fearn in the Limited Late Model division, and George Bessette, Jr. in the DARE Stock division. The NAPA Auto Parts rookie awards will be worth a $1,000.00 gift card redeemable at participating NAPA Stores to Wood and Arute, with DiMatteo, Fearn, and Bessette each winning a $500 bonus from R.A.D. Automachine that will be paid out in $100.00 weekly increments to each driver as they attend events during the 2018 season. 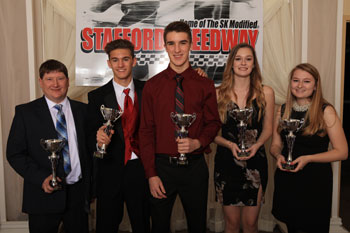 The winners of the Most Popular Driver Awards were Ted Christopher in the SK Modified® division, Tom Fearn in the Late Model division, Marcello Rufrano from the SK Light division, Alexandra Fearn from the Limited Late Model division, and Nicole Chambrello in the DARE Stock division. The Most Popular Driver Awards are voted on by the fans who attend Stafford Motor Speedway race events and fill out the ballots found in the track’s weekly PitStopper Magazine. 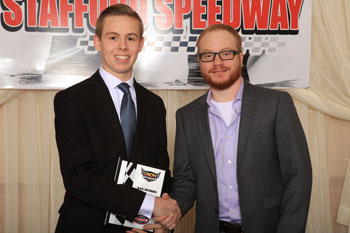 The UNOH Youth Achievement award was won by SK Light Modified driver Daniel Wesson for the second consecutive season. The UNOH Youth Achievement Award is a program that is open to all drivers at Stafford between the ages of 14-17. The eligible driver who scored the most track points from their best 14 finishes this season won a $500 cash award from UNOH as well as a $500 scholarship award from UNOH.