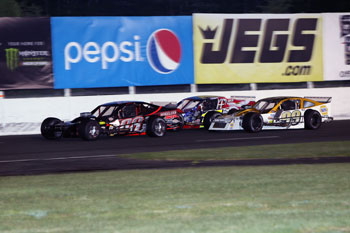 (Stafford Springs, CT)—With the 2018 season at Stafford Speedway less than 6 weeks away, defending SK Modified® champion Keith Rocco is looking forward to getting back to his winning ways on the track. The driver of the #88 Wheelers Auto Chevrolet scored his third career SK Modified® track title last year and his 2 wins moved his career SK Modified® win total to 45 races, only 2 wins behind Bo Gunning for second place on Stafford’s all-time SK Modified® wins list.

“We’re really excited for the season,” said Rocco. “We’ve been working hard over the winter and it was really great to finish last season off with 2 wins and end on a high note. It’s always a morale booster for everyone to end the season like that. It definitely sends you into the next season full steam ahead and ready to pick up where we left off. I have to thank Wheelers Auto with John and Maina Rufrano, Dunleavy’s Truck and Trailer Repair, FK Rod Ends, and Pettit Racing Engines for their support.”

While his championship effort last year was the third of his career at Stafford, it might have been the most impressive title that Rocco has won. Rocco entered the final 2 races of last season with no wins to his credit and he trailed Chase Dowling by 34 points, or 17 positions on the track. With only 2 races left to determine the champion, Rocco and the #88 team were able to deliver their 2 best performances of the season and they won both races, which was good enough to give the championship to Rocco by a 6 point margin over Dowling. 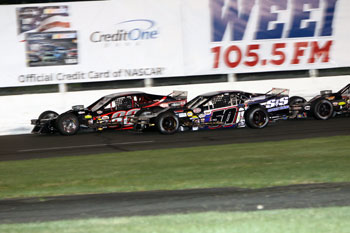 One race that Rocco will be looking to take the checkered flag in during the 2018 season is the NAPA Auto Parts SK 5k, scheduled for June 29. The 2018 season will mark the 5th Annual running of the big $5,000 to win race with a total purse of over $27,000 and with 4 career top-7 finishes but no wins yet, Rocco would definitely like to add the race to his long list of SK Modified® feature wins at Stafford.

“The 5k is always a great race that draws a lot of cars, a lot of fans, and a lot of attention to the SK Modified® division in general,” said Rocco. “It’s great for the SK Modified® drivers to have the opportunity to be able to race for that kind of money. I think we’ll have a good shot at it this year. We ended 2017 on a good note and hopefully we can carry that momentum with us to the 5k race. 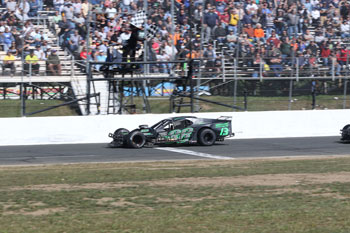 “It would be nice to win 2 in a row, but anything can happen,” said Rocco. We’re just going to try to win races and go from there. We go one week at at time looking to win races. We’re going to work off of what we had last season for notes and what we did with our other car and try to duplicate that. We have a pretty good program now. Every year it seems like someone new comes along or something changes so we’ll see how things go.”

Chasing the checkered flag behind the wheel of his #88 machine won’t be the only thing occupying Rocco during the 2018 season. Rocco will also field a full-time effort for Michael Gervais, Jr. as well as lending his knowledge to help several SK Light drivers with their car setups.

“We have my car and the car for Michael Gervais and that’s it for now unless something else comes up,” said Rocco. “I’m sure we’ll probably come up with something else during the season for a few races. I also have a couple of other cars that I work on and setup with Cassandra Cole and Teddy Hodgdon in the SK Lights, so it’s definitely going to be a busy season. My stuff is usually pretty good and pretty much takes care of itself so I don’t have to go running around but I definitely stay busy.”

The first SK Modified® checkered flag of the 2018 season will be up for grabs during the 47th Annual NAPA Auto Parts Spring Sizzler® on April 27-29. Tickets for the “Greatest Race in the History of Spring” are on sale now at the Speedway Box Office. Tickets are priced at $40.00 for adult general admission tickets, $5.00 for children ages 6-14, and children ages 5 and under are admitted free of charge when accompanied by an adult. Reserved seating is priced at $42.00 for all ages. As always, Stafford Motor Speedway offers free parking with overnight parking available. All tickets are good for both Saturday and Sunday admission. All ticket prices include 10% CT Admission Tax. Discount Spring Sizzler® tickets will be available beginning in March at participating NAPA Auto Parts stores.