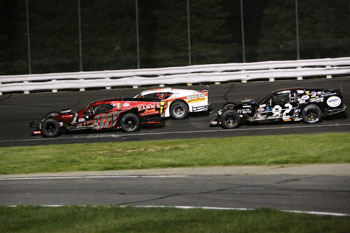 (Stafford Springs, CT)—Through the first three SK Modified® races of the 2018 season at Stafford Motor Speedway, Keith Rocco and the #88 Wheelers Auto team have been unbeatable. With three wins to start the season, Rocco has matched a feat that has only been accomplished one other time in the history of the SK Modified® division by Ryan Preece in 2014. Rocco is also in the midst of another streak. Dating back to the end of the 2017 season, Rocco has won 5 consecutive SK Modified® feature events, a feat that he shares with Ted Christopher in 2004 and Woody Pitkat in 2017. A victory this Friday night would put Rocco in a category all by himself with 6 consecutive wins.

“It would be pretty awesome to do it and be the only driver to do it,” said Rocco. “This is kind of a throwback to 2010. When things are on, they’re on and the pieces of the puzzle have been falling into place for us.”

Rocco credits the addition of William “Bear” Calicchio as his crew chief along with a new TA1 Troyer chassis for his turnaround in fortunes. With Calicchio serving as his crew chief, Rocco is able to focus more on driving the #88 car and worry less about car setups and what kind of adjustments need to be made. 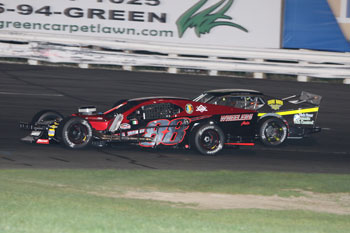 “Since we’ve had the Bear on board turning the wrenches and bolts, we’ve gone 5 for 5,” said Rocco. “He’s been around racing a long time and I’ve known him since I was a kid. I’ve been trying to do everything myself the last couple years and that wears on you so having him on board takes a huge weight off my shoulders and lets me focus on the driving. It’s pretty awesome to have a crew chief like him. John [car owner Rufrano] and I were joking a couple of weeks ago about the last time I had a crew chief and didn’t have to worry about adjustments and I could focus on driving was 2009, 2010, 2011 and that’s when we won the most races.”

While he knows his hot streak can’t last forever, Rocco says that the success that he and the #88 team have enjoyed only makes them want to work even harder to maintain their high level of performance. Their performance isn’t just limited to Rocco and the #88 car either. The #33 car that Rocco owns and is driven by Michael Gervais, Jr. is right behind Rocco in second place in the SK Modified® points standings.

“It’s been awesome,” said Rocco. “It’s great for both Michael and myself to have us 1-2. When you put the right people in the right places then you get a lot of success and it makes a big difference. It also helps to have a little luck on your side. If anything I think this makes us hungrier and want to win even more. When things are going this good, you kind of set your expectations even higher. I think starting off this good makes things easier for us going forward the rest of the season rather than having to dig out of a hole. There’s going to come a point in time where we won’t win a race but we just want to keep on plugging along and see how long we can carry this out. Everything is going good and it just makes everyone want to work harder.” 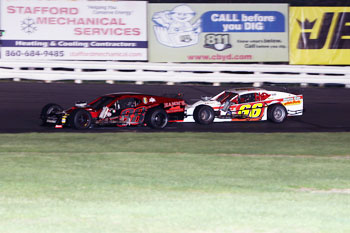 Rocco will look to continue his winning streak this Friday night, May 18 along with the The Valenti Modified Racing Series and Stafford’s Late Models, SK Lights, Limited Late Models, and Street Stocks. Action gets underway at 6:30pm with qualifying for the VMRS cars with feature events to follow. Tickets for the VMRS 80 are priced at $30.00 for adult general admission tickets, $5.00 for children ages 6-14, and children ages 5 and under are admitted free of charge when accompanied by an adult. Reserved seat tickets are $32.00 for all ages. All ticket prices include 10% CT Admission Tax. Stafford Motor Speedway offers plenty of free parking along with overnight parking available for self contained Recreational Vehicles.