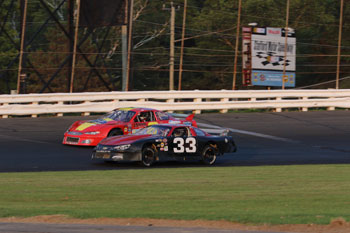 (Stafford Springs, CT)—The 2019 Limited Late Model season at Stafford Speedway saw Coventry, CT native Kevin Crosby successfully make the transition from crew member to driver as he took home the R.A.D. Auto Machine Rookie of the Year award. Crosby had served as a crew member for Glen Reen for the past five seasons leading into 2019 and it was Reen who helped convince Crosby that he should try his hand behind the wheel rather than turning wrenches.

“It means a lot to win Rookie of the Year,” said Crosby. “Our plans at the beginning of the year were to run a part-time schedule but all my guys on the crew stepped up financially and we got a couple of sponsors to come on board. It means a lot that everyone stepped up and helped make this happen, especially Glen Reen and Gary Patnode, who let me use his shop this season. I’ve been part of Glen’s pit crew since I was 16 and he’s the one who really pushed me to go start driving for myself so a big thanks to him for convincing me to go out and race. I also have to thank Zachary Tweed, Kamil Sutkowski, Chad Groskritz, Felicia Baker, and Dan Avery for lending me a firesuit for the year as well as my sponsors Second Bridge Brewing and Gearhead Mafia Car Club.” 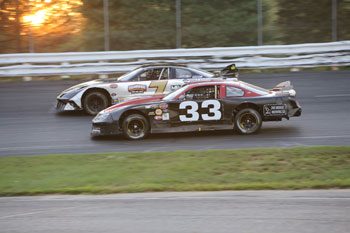 Crosby missed the first race of the 2019 season on May 4 but he started each of the remaining 19 Limited Late Model races and he posted 2 top-5 and 19 top-10 finishes to claim R.A.D. Auto Machine rookie honors. Crosby’s best 2 finishes of the season were fifth place efforts on June 28 and July 26, but his #33 Second Bridge Brewing team were hampered throughout their rookie campaign by an engine that had 5 seasons worth of races on it.

“We had a motor that was about 5 years old in the car this year, so it was a lot of learning for us this season,” said Crosby. “I think the motor hurt us quite a bit. I put some other drivers in my car for practice and they were only about a tenth or two faster than I was, which was reassuring to know it wasn’t just me as the driver why the car was slow. It was frustrating knowing I didn’t have the power going gown the frontstretch or backstretch but I learned a lot about what tight and loose feels like behind the wheel and what we needed in the car in order to get good drive off the corners. The car wasn’t great but it was good enough for me to learn a lot. We’re looking forward to coming back next season full time and spending the money to get a new motor and having a new setup from Rob Russell Chassis.” 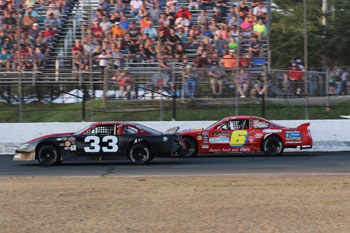 With the combination of experience gained this season and an improved #33 car with a new engine and chassis components, Crosby has his eyes set squarely on notching his first Limited Late Model victory during the 2020 season.

“Our goal for next season is to get the car in better shape to go out and win at least one race,” said Crosby. “We might miss a race or two next season with my job so we’re not really looking at anything with points, our main thing is to win a race. We’re going to spend time over the winter putting a new motor in the car and we’re going to go through the chassis. We found some issues with the chassis that we didn’t know about until now. Those issues along with the old motor were hurting us. We’re going to be teaming up with RRC for setup help and Gary Patnode’s crew is going to help us out so hopefully we can be up front with all of us working together. I think we’ll have a good shot at winning a race and at least getting some podium finishes next season.”

Crosby will officially be crowned the 2019 Limited Late Model R.A.D. Auto Machine Rookie of the Year at the 50th Annual Stafford Speedway Champion’s Awards Banquet, scheduled for Friday, November 15 at Maneeley’s in South Windsor. Tickets to the awards banquet are $50 and are on sale now. Tickets can be ordered by calling the track at 860-684-2783 or they can be ordered online at www.staffordspeedway.com.