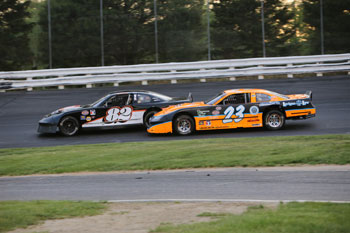 (Stafford Springs, CT)—As teams prepare for the start of the 2020 NASCAR Weekly Racing Series season at Stafford Speedway, perhaps no driver is more looking forward to starting with a fresh slate than Late Model driver Kevin Gambacorta. The Ellington, CT native and driver of the #23 Lavigne Law Dodge endured an up and down season in 2019 recording 2 wins and 3 second place finishes early in the season before failing to record another podium finish until the end of the year at the NAPA Fall Final.

“Obviously the first 5 or 6 races last season were incredible and then we had a spin and I could hear that something happened to the car while it was spinning through the transition from grass to pavement,” said Gambacorta. “I knew something was off with the car and I chased that issue all the way to the end of the season. I threw new parts at the car, spent all kinds of money to try to figure out the problem and as it was getting towards the end of the year, I still didn’t know what the issue was. What I ended up doing was building a homemade pull down rig and I spent hours underneath the car and finally found out something in the front end was bent.”

Gambacorta was able to fix his car in time for the last 2 races of the season, but a wreck in the final Friday night event sent him back to repairing his car again in order to have it ready for the season ending NAPA Fall Final. 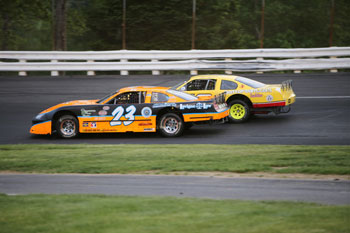 “I fixed the car for the final Friday night and we were back up front leading the race,” said Gambacorta. “There were a bunch of caution flags towards the end of the race and on one of the restarts we got wrecked and destroyed the front end of the car.”

Although Gambacorta got his car fixed and had a third place finish in the Fall Final, he is still unsure of just how good his car will be when he unloads it for the Open Practice that will be held on Saturday, April 18.

“We fixed the car for the Fall Final and we ended up finishing third but with the Fall Final being a day race and it’s such a different set of conditions than what we usually race with, the car is still a little bit of an unknown going into the season,” said Gambacorta. “We’ll find out pretty quick at the open practice if we got the car back to where it was at the start of last season or not.” 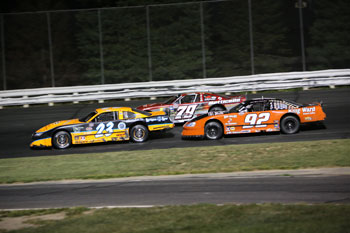 “I feel really confident this year,” said Gambacorta. “If the car is back to where it was I think we were pretty unbeatable at the beginning of last season. It’s time for another championship. It’s been quite a few years since I last won and it’s time for someone to take it away from Tommy [Fearn]. We replaced a lot of the front end stuff after that wreck in the final Friday night race and I took the car to Jay Stuart over the winter and did a few small things such as typical body stuff. Also sent the engine out to be rebuilt to get ready for 2020. With all the parts and pieces we’ve replaced, I have the best equipment that I’ve ever had in my Late Model career and I don’t see why we can’t have a performance like we had at the beginning of last year.” 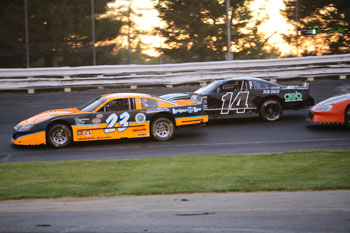 Gambacorta will rely on a bevy of returning sponsors along with a new partner to help him continue his streak of winning at least one Late Model race every year since 2016 and challenging for the track title.

“It’s going to be tough this year,” said Gambacorta. “There were a bunch of different winners last year and there’s a lot of guys who can win a race on any given night in the Late Model division. We have a bunch of sponsors coming back with us including Gary Lavigne with Lavigne Law, LifeCare Family Chiropractic, Cold Creek Tavern, Hometown Pizza, Zoppa Studios, Marchese Landscaping, Auto Machine with Dave Miller, Neil’s Fine Wine and Liquors, and we picked up a new sponsor with Connecticut Axle and Spindle Repair. We have the same crew coming back so I can’t wait to get on the track and go racing again.”