Kevin Gambacorta On Par For Late Model Title at Stafford 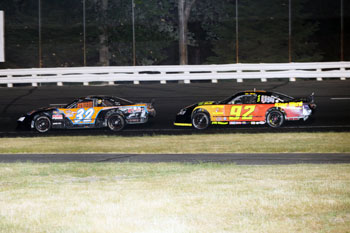 (Stafford Springs, CT)—The first green flag of the season is less than 52 days away at Stafford Speedway and one driver who is eager for the season to get started is Late Model driver and Ellington resident Kevin Gambacorta. After 4 seasons in the Late Model division, Gambacorta finally was able to break through and win his first two Late Model races last season and he finished fourth in the points standings. The winter months have seen Gambacorta and his #23 LifeCare Family Chiropractic team updating his car and he feels like he is the best prepared he’s ever been to start a season at Stafford.

“I have a lot of confidence coming into this season,” said Gambacorta. “Last year I wasn’t really sure of my schedule so we didn’t really do much to the car in the off-season. It wasn’t junk but it was pretty wore out and my plan was to run the first couple of races and see what happened. The race before we won for the first time we tried something on the car that Jay Stuart had taught me years before and it was unbelievable how good the car was that night. From that point on, we had like 6 or 7 podiums in a row and we were the best car out there. I don’t think anyone accumulated more points than we did. Over the winter I dug into my pockets and we put a new Ford rear end in the car and we updated things like the brakes and the clutch. The biggest thing for us is Dave Miller from Auto Machine in East Windsor put together a new motor for us. The motor we had been running was good but I don’t think people would believe just how much time we had on it. I really think we can go out and be one of the cars that everyone has to worry about to win the championship this year. We put a lot more effort into the car this offseason than in the past and I think this is the best equipment I’ve ever had to start off a season.” 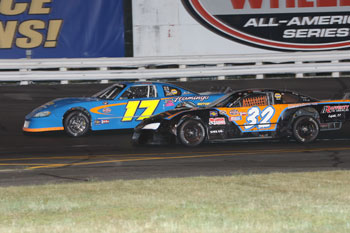 “I can’t even imagine having my name next to some of the legends that have raced here at Stafford, it doesn’t really belong there,” said Gambacorta. “I’m just proud that we’ve been able to have the success that we’ve had at Stafford with some hard work and not a lot of money. Just to win the Late Model championship alone would be amazing, I don’t even know if I can describe what that would feel like if we could pull it off. I was a nobody, just a kid who bought a DARE Stock. We’re still a nobody, we just work hard and do our thing and hopefully we’ll have a little bit of success.” 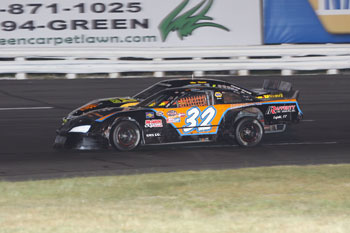 Although Gambacorta just won his first 2 career Late Model feature events last season, he has been a mainstay near the top of the Late Model standings. After finishing 9th during his rookie season in 2012, he has finished 3rd or 4th in the points each of the last 4 seasons. Gambacorta’s 2016 season was highlighted by a 7 race stretch where he finished in a podium position in each race, which propelled him into the thick of the title race. Gambacorta’s performance fell off slightly towards the end of the year and he missed the final Friday night race before the Fall Final but he says that he has his car figured out and is looking forward to being a contender.

“My car has always seemed to fade on me towards the end of the year, even when it was a Limited it did the same thing,” said Gambacorta. “A friend of mine, Todd helped us figure some things out with the car and it was right back to where it usually was for the Fall Final. I think we had a second place car that night but we couldn’t catch the cautions right and get towards the front. That race got my confidence back that we had a good car once again. I feel like we have the car figured out, we took some really good notes last year, and I think we finally have everything we need to go out and win a championship in the Late Model division.” 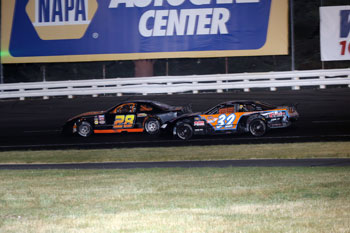 One race that could help propel Gambacorta towards his championship goal is the Call Before You Dig 50-lap feature that will take place on Friday, May 12. With $1,811 guaranteed to go to the winner, Gambacorta says the money would help his team greatly as well as picking up some early season momentum.

“For someone like me, winning $1,811 would be huge,” said Gambacorta. “I race week to week and take my winnings along with a little bit out of my paycheck and that’s how we pay for tires and fuel. If I could win $1,811, that would buy a couple sets of tires and fuel to get us through a couple of weeks. The cool thing about that race is I always use CBYD at work. I’m always calling CBYD for dig sites and doing E-tickets online and within a day or two, they’re out there and everything gets marked off and we can start our job. It would be really cool if we could win some of CBYD’s money.” 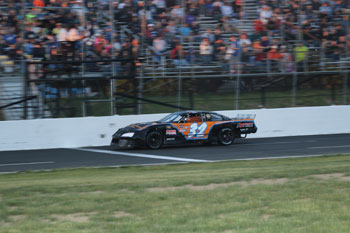 Gambacorta and the rest of the Late Model field will hit the track for the first time in 2017 during the 46th Annual NAPA Auto Parts Spring Sizzler on April 28-30. Tickets for the “Greatest Race in the History of Spring” are on sale now at the Speedway Box Office. Tickets are priced at $40.00 for adult general admission tickets, $5.00 for children ages 6-14, and children ages 5 and under are admitted free of charge when accompanied by an adult. Reserved seating is priced at $42.00 for all ages. As always, Stafford Motor Speedway offers free parking with overnight parking available. Tickets are good for both Saturday and Sunday admission. All ticket prices include 10% CT Admission Tax. Discount Tickets will be available at all 71 participating NAPA Auto Parts stores beginning on Monday April 3rd. For a full list of the 71 locations throughout Connecticut, Massachusetts, New York, Vermont, and Rhode Island, call the speedway office or visit us on the web at www.staffordmotorspeedway.com/participating-napa-auto-parts-stores.