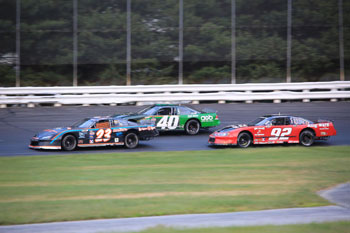 (Stafford Springs, CT)—After recording 5 consecutive top-4 finishes in the Late Model standings at Stafford Motor Speedway, the 2018 season was disappointing for Ellington, CT native Kevin Gambacorta. The driver of the #23 Lavigne Law Dodge began last season with high hopes, but a wreck in the season opening NAPA Spring Sizzler event forced Gambacorta to miss several races as he repaired his car. Another wreck later in the season relegated Gambacorta to the sidelines for several more races. Despite missing 6 races in total, Gambacorta still managed to finish 9th in the standings on the strength of a win and 5 second place finishes. Gambacorta is heading into the 2019 season at Stafford ready to put the misery of 2018 behind him.

“I’m looking forward to the season,” said Gambacorta. “When we were at the track last season, we ran really well. We had five second place finishes, a third place run in the 50-lapper, and a win, but we had two bad wrecks and we had to miss some races. The Sizzler was really frustrating. I’ve never had a wreck that bad before where I had to miss races. I thought we were going to be out for a long time because of what the cost to fix the car was, but I was fortunate to have a few people step up and they gave me enough help to get back pretty quickly. We finished second in our first race back and that was even more frustrating knowing we were that good. I don’t know that anyone was going to beat Tommy [Fearn] last year but I feel like we were a second place car.” 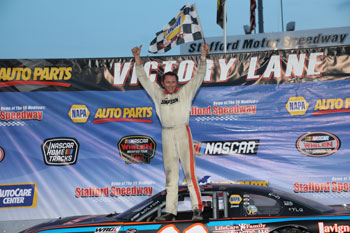 Helping Gambacorta get his #23 car back to the track so quickly was Gary Lavigne with Lavigne Law, Dr. Sean Noel from LifeCare Family Chiropractic, and Dave Miller from Auto Machine. Gambacorta will carry the same sponsorship into the 2019 season and thanks to their support, Gambacorta says he is starting a season off with extra money in his pocket for the first time.

“I have to thank my sponsors Lavigne Law, LifeCare Family Chiropractic, and Auto Machine” said Gambacorta. “Gary Lavigne with Lavigne Law, he introduced himself to me a couple years ago and gave me his card. He ended up helping us out quite a bit last year and then right around Thanksgiving we got something in the mail from him for the 2019 season. I think it’s pretty neat that someone is willing to do that for me. His help has made the off-season a lot less stressful. I also have to thank Dr. Sean Noel with LifeCare Family Chiropractic, he was a big part of helping me get the car back together last season, and Dave Miller from Auto Machine. Without his help, I’d be pushing the car around the track rather than driving it. I keep an envelope that I use to pay for racing. We take our weekly race checks and put that into the envelope throughout the season. Thanks to my sponsors, this is the first time I’ve had money in my envelope to start a season off.” 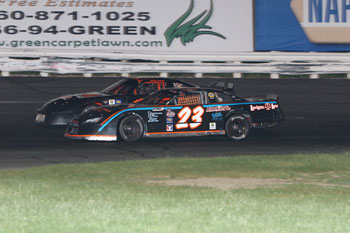 Gambacorta is a three-time Stafford track champion (DARE Stock ’04, Limited Late Model ’06, ’11). With his #23 ready to roll for another season of Late Model competition combined with being in a financially sound situation to start the year off, Gambacorta is looking to add a fourth championship to his resume.

“The plan is to run for the championship this season,” said Gambacorta. “We have more financial help this year than we have had in the past and I really want to to run for the championship. One thing that makes me a little uncomfortable is not having a backup car if something were to happen to the car again like last season. During the off-season, I bought all kinds of new parts for the car like brakes, clutches, and things like that where I normally don’t buy brand new parts. I think we can be even a little better than we were last year. We’ll need a little luck on our side and we feel like we can compete with anyone and win races.” 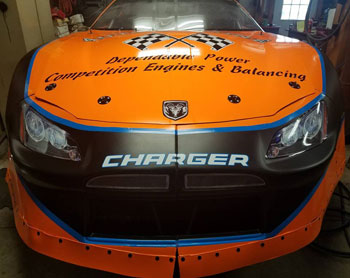 Although the 2018 season was a disappointment for Gambacorta having to miss races, there was a silver lining. With not having to worry about racing for points, Gambacorta used the 2018 season as a season long test, trying some different things with his chassis setup that he normally wouldn’t have tried in the thick of a championship race. Gambacorta says that he found some things that worked well and he is ready to tackle the 2019 season and try to knock Tom Fearn off of the Late Model throne.

“We used last season as kind of a test season since we missed races and weren’t contending for the championship,” said Gambacorta. “I tried a lot of different things on the car that I might not have normally tried if we were in the championship hunt and we learned a few things about the car that worked out really well. Tommy [Fearn] has been racing for a long time and he knows what he’s doing. We were able to get close to him a couple times last season but we didn’t have enough to get by him except for the night we won. As frustrating as it was to be that close to him, I guess we could feel pretty good that if he was winning all those races and we were finishing second, we must have been pretty good.”