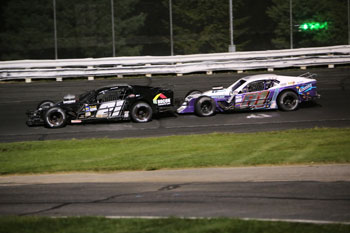 (Stafford Springs, CT)—Stephen Kopcik enters the 2020 SK Modified® season at Stafford Speedway coming off of the best season of his 4-year career. The 2019 season saw the Newtown, CT native and driver of the #21 Hocon Industrial Gas Chevrolet post career highs across the board with 2 wins, 8 top-5, and 12 top-10 finishes en route to a career best 6th place finish in the points standings. Kopcik is looking to pick up in 2020 right where he left off in 2019 and go for as many wins as he can accumulate.

“My goal is to go for wins this season and we’ll see what we can do from there,” said Kopcik. “We had a good car last year and I think we should be good again this year. Any time you can win at Stafford Speedway, it means something special. Stafford has the best drivers beating the heck out of each other every week and we’re going to try to win everything that we can but if we can win 2 or 3 races again this season, I’d be pretty happy with that. The last half of last season when we stopped messing around with things we were really good.”

Kopcik utilized Chassis Dynamics cars for his two seasons of SK Light racing from 2014-2015, including the 2015 championship as well as his first three seasons of SK Modified® competition before changing over to LFR Chassis for the 2019 season. It was that change from CD to LFR that Kopcik credits for helping him to reach career high totals in wins, top-5s, and top-10s. 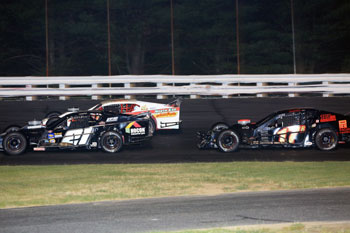 “Changing chassis made a huge difference for us,” said Kopcik. “We updated some technology that was over 20 years old and we got onto the latest stuff which I work with every day on the Tour in some way or another. All that work correlates to the SK and that’s a big reason why we were as good as we were last year.”

Another reason that Kopcik credits to his career best year last season is his work as a Whelen Modified Tour crew chief for the #64 car of Rob Summers.

“Being a crew chief really helps me out because I can try whatever I want to try with R & D and learn from it,” said Kopcik. “I couldn’t do that on my own but by being a crew chief, it gives me the opportunity to try out what I want and see if it works out or not.”

With Kopcik coming back to the SK Modified® division with the same LFR Chassis he ran last season, Kopcik will also have Hocon Industrial Gas returning as a sponsor and is welcoming a new sponsor. 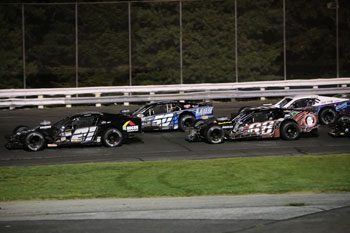 “Hocon Industrial Gas is back on board with us for the 7th year in a row,” said Kopcik. “Those guys have been great to me and I’m pretty sure that they’ve bought every tire I’ve ever raced at Stafford between the SK Lights and SK Modifieds®. Duke from Hocon is a great guy and we have a new sponsor coming on board this season with Jason Derwin and RSMPCO.com. Everyone on the crew has stayed together and I think that really says something about our team. All the guys I have with me are the same guys I had 10 years ago when I was racing go karts.”

With Kopcik and the #21 team focused on racking up the win count this season, getting off to a good start can be an important factor in how the remainder of the season will go.

“I think it’s really important to get off to a good start,” said Kopcik. “The first three races can pretty much dictate how your season is going to go. Everyone is going to have up and down nights but coming out of the gate the main goal is to survive. Everyone wants to win the Sizzler and there’s usually a lot of cautions during that race. If you can finish the Sizzler in the top-3 and keep your car clean, it will set a good tone for the remainder of the season.” 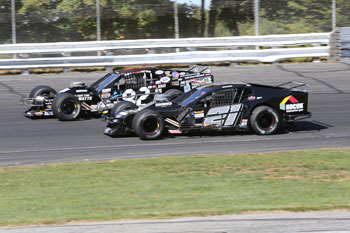 Kopcik will face fierce competition from his fellow SK Modified® drivers as he looks to add to his win total. All 7 SK Modified® feature winners from the 2019 season are returning and there are several more drivers who are hungry to add either their first win or another win after not winning last season.

“I think the competition is going to be even crazier this year,” said Kopcik. “There’s Keith Rocco and every car that comes out of his shop is a good car and there’s some good drivers in his cars with Mike Gervais and Andrew Molleur. Then obviously there’s Ronnie Williams, Glen Reen, Cory DiMatteo, Mike Christopher, Jr., and Todd Owen, so on any given night there’s probably around 10-12 cars that can win and I think it’s more competitive than I’ve ever seen in the last 5 years. I’m really excited to get this season started. Being a crew chief and working on everyone else’s cars, it’s not a hobby anymore so whenever I get to go play around with my own car, it’s actually more fun.”