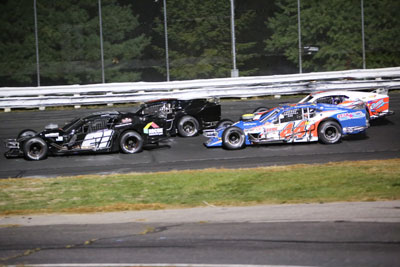 (Stafford Springs, CT)—Stafford Speedway’s weekly race teams are gearing up for the start of another season with NAPA Opening Day on April 24 and the NAPA Spring Sizzler® on April 25.  SK Modified® driver Stephen Kopcik is familiar with winning as he was the 2015 SK Light track champion and 2016 SK Modified® Rookie of the Year.  The 23 year old Newtown, CT native heads into his 6th season of SK Modified® competition looking to add to his win list.

“I think we’ll be good this season and we’ve been pretty good the last 2 years,” said Kopcik.  “I really hope this year can be a breakout year for me.  We always bring a fast racecar to the track and race really well with the top guys.  If I focus on going for wins and I can keep the car in one piece, the points will follow.  Hocon Industrial Gas has been sponsoring me ever since I started racing at Stafford and they were recently bought out by AirGas.  AirGas is going to stick with us as our primary sponsor and we also have JB Management and Newtown Pools as sponsors.”

Kopcik’s best season to date in the SK Modified® division came in 2019 when he scored a career high 2 wins and finished the season 6th in the points standings.  If not for some bad luck last season, Kopcik might well have been a contender for the championship.  In 2020 he scored 1 win, 1 second place finish, 3 third place finishes, 1 fourth place finish, and a 10th place finish to go along with 4 finishes of 14th or worse.  Kopcik missed a total of 3 races last season, including the final 2, but his performance was good enough to see him in 6th place in the standings with 2 races to go before he fell down to 11th in the final standings. 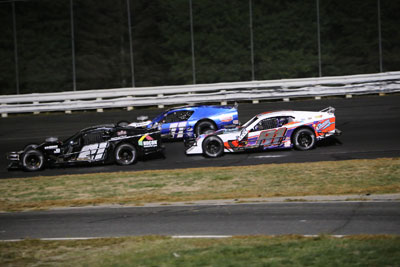 “We bring a fast car to the track every week and we didn’t have the best of luck last year,” said Kopcik.  “If we didn’t get caught up in someone else’s stuff, we were usually finishing in the top-4 with a win.  This season I’m just trying to stay in one piece and finish races.  Last year was pretty much a wreckers or checkers season, we either ran really well or got caught up in something.”

If Kopcik can eliminate his bad luck, he feels like he can be among the championship contenders this season.

“There’s a lot of good guys in the SK division,” said Kopcik.  “Keith [Rocco], Todd [Owen], and Ronnie [Williams] are all very good and I’d like to think we’re in the mix with those guys for the championship hunt.  I don’t want to say we’re going to go out and be hunting for a championship because it’s going to be tough, but I really feel like we can run with those guys and be in the top-3.  I don’t see any reason why we can’t do that.”

Kopcik’s 2020 season was somewhat of a yo-yo at the start of the season, scoring two 3rd and a 4th place finish along with finishes of 16th, 23rd, and 26th.  Those finishes left Kopcik in 9th place in the standings, 102 points out of the lead.  In order to be a championship contender in 2021, Kopcik knows he must get his season off to a good start. 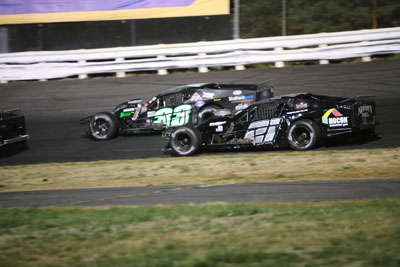 “The first 2 or 3 races are probably the most important races of the season, they really set the pace for how your year is going to go,” said Kopcik.  “You don’t want to be trying to come out of a hole at the beginning of the season.  The SK’s at Stafford are definitely the toughest division going in the northeast.  If you make one mistake you’re in trouble because there’s 4 or 5 other guys who aren’t making mistakes.  I believe that we had 7 different winners last season in only 14 races so that says something in itself.  There’s multiple guys who can win on any given night and it’s not easy to race at Stafford, you have to be on your game every week.”

Kopcik and the field of SK Modified® drivers will kick off the 2021 season with twin 40-lap feature events, one on Saturday April 24 and one on Sunday April 25.  Finishing the first unscathed is key.

“We need to approach that like we have to finish the race on Saturday and sometimes that first race of the season can be a little rough,” said Kopcik.  “Hopefully we can have a clean first race because we don’t have 2 cars like some of the guys do.  We need to finish on Saturday so we can be there on Sunday, there’s really no other way to approach it.”

In addition to driving his #21 AirGas Chevrolet, Kopcik also serves as a crew chief on the Whelen Modified Tour for Ryan Preece as well as helping out the #9 team of Chase Dowling whenever Preece can’t race the Tour.  Kopcik’s crew chief duties helps give him a unique perspective when determining what works best for his #21 machine. 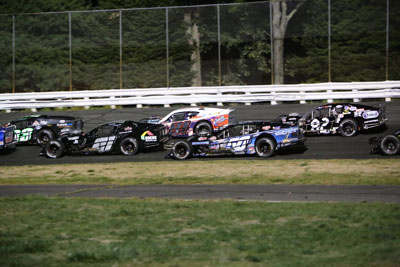 “Being a crew chief definitely helps with the SK car at Stafford,” said Kopcik.  “You learn a lot about the cars and how people do things differently and you can take that all into account and see what works for best for you and go from there.”