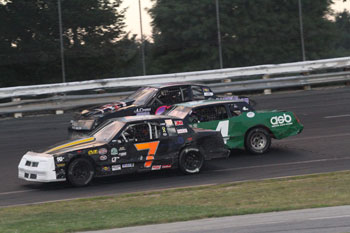 (Stafford Springs, CT)—Hometown driver Kyle Casagrande will return to compete in the Limited Late Model division for the 2019 NASCAR Whelen All-American Series season at Stafford Speedway. Casagrande ran in the DARE Stock (Street Stock) division from 2007-2013 then ran a full season of Late Model competition in 2014 and is looking forward to getting himself back into NAPA Victory Lane.

“I’m excited,” said Casagrande. “We did a few test runs with the Granite State ProStock Series with my brother Cory and I feel much more confident racing at Stafford than the tracks I ran up north. It’s going to be exciting to be competitive once again and our goal is to go out and try to win some races. I ran a few Street Stock Tour races after the Late Model in 2014 and had a couple of podiums there but it’s been a while since I’ve been in victory lane and we want to change that this season.” 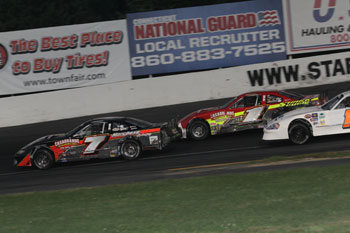 NAPA Victory Lane at Stafford is a piece of real estate that Casagrande is very familiar with. Casagrande is Stafford’s winningest driver in DARE Stock/Street Stock history with 20 feature wins from 2008 through 2013 and he is focused on adding his name to the Limited Late Model feature winners list in 2019.

“I feel pretty good about my chances,” said Casagrande. “Between my Dad setting the car up and with BFR Chassis and R.A.D. Auto Machine, I’ve never had a car that didn’t give me a chance to win races. I have confidence in those guys to get the car figured out and put me in good spot to be successful and then all I have to do is finish the deal. Our main focus is winning races. We’d like to win every Friday night and if we can’t win, we’ll try to get the car better and win the next week. That’s always been our outlook and we’re going to carry that same outlook into the 2019 season. Points racing has never really been our thing.” 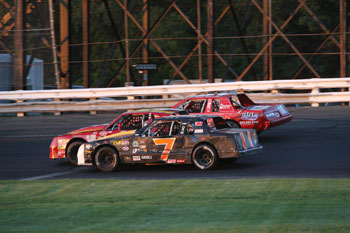 Although he is not concerned with racing for a championship, if Casagrande wins the championship this season he would join his brother Cory as Limited Late Model champions and become the fourth set of brothers to be Stafford track champions, joining Mike and Ted Christopher, Al and Cliff Saunders, and Cory and Dana DiMatteo.

“That would be pretty cool to be a champion along with Cory,” said Casagrande. “I think Cory’s championship is the only Casagrande Motorsports championship that we’ve won. We’re not very good points racers but we’ll see what happens. I’m just excited to get back on the track and I hope we can be competitive. There’s a lot of good drivers in the division. Jeremy Lavoie is always fast and we raced together in the DARE Stocks so it’ll be a lot of fun to race against him again.”

With 6 full seasons and 4 partial seasons of Stafford competition under his belt, Casagrande has a lot of experience to lean on as he makes his return to full-time competition. The key thing will be just how quickly everything comes back to Casagrande when he sits behind the wheel of his #7 Casagrande Builders machine. 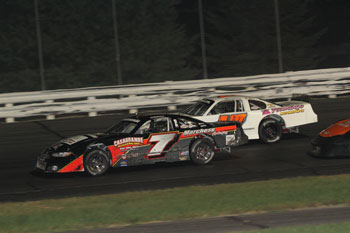 “I think once I get back on the track at Stafford everything will start to come back to me,” said Casagrande. “We were pretty good in that last season I ran Late Models. We were in the running to get a couple of wins in the Late Model division, so hopefully I can translate the success I had in DARE Stocks and the Late Model over to the Limited Late Model division since I’ve never ran a Limited Late Model before. I trust my father will have the right setup for the car and hopefully I’ll be competitive and can keep up with the other drivers out there.”

With Casagrande busy getting his #7 car prepared for the upcoming season, he is in search of some additional sponsorship as well as crew help.

“We have great support from Casagrande Builders, R.A.D. Auto Machine, and BFR Chassis, but we’re definitely looking for some more sponsors to help us with gas and tires,” said Casagrande. “Mostly right now it’s just my Dad so we’re also looking for any extra crew help we can get.”

The 2019 Limited Late Model season will kick off at the 48th Annual NAPA Spring Sizzler® on April 26-28. Tickets for the “Greatest Race in the History of Spring” are on sale now by calling the Speedway Box Office 860-684-2783 or online at www.staffordspeedway.com.