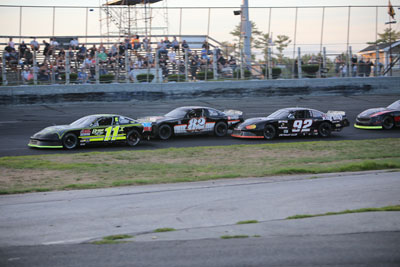 (Stafford Springs, CT)—For Tyler Leary and the #11 Amherst Trucking Late Model team, the 2020 season at Stafford Speedway began with great promise.  Top-6 finishes in each of the first 3 races saw Leary third in the standings, only 6 points out of the lead.  But a parts failure July 31 left Leary with a 20th place finish and the team hasn’t had much luck on their side since then.

“I remember we were third in points only 6 points out of the lead after 3 weeks and that afternoon Bonssa [Tuffa] and Kyle [Rickey] came to interview me and it has all gone downhill from there,” said Leary.  “We started off really great and we were hoping to keep that momentum going but something has changed since then.  We’re hoping we can change that all around in the 50-lapper.”

Leary and the #11 team have consistently had one of the fastest Late Model cars on the speed charts during the 2020 season but their results don’t reflect the speed the car has had.  With a solid car and a good long run setup, Leary is confident that he and his team can use the Late Model 50 as a springboard to bigger and better things for the remainder of the 2020 season. 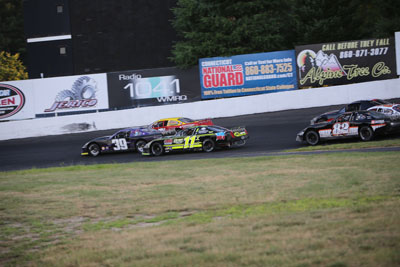 “The 50-lapper is a race that I definitely enjoy,” said Leary.  “My car is set up for long runs and I always seem to get faster as the race goes along where a lot of guys start to fade towards the end.  If lady luck can be on our side, I feel like we can be there, but that is something that unfortunately hasn’t gone our way this year.  In my opinion our car is one of the best cars at Stafford speed-wise.  The lap times show on the charts and everything is there but we’ve just had absolutely no luck this year, we’ve been in the wrong place at the wrong time.  Bob Fill and BFR Chassis have given me a great car all year long and I have nothing to complain about behind the wheel other than luck.  This is the race that we all want to win every year.  I should have a pretty good handicap since we’ve had such a bad year so we should be starting towards the front and I’m hoping we can get to the lead before Adam [Gray], Tommy [Fearn] or any of the front runners and I’m hoping we can pull off a win.”

In the 5 races that Leary has run since he was third in the standings after 3 races, he has fallen to 8th place in the standings, 94 points behind Adam Gray.  With his championship hopes having all but faded away, Leary is focused solely on winning as many times as he can before the end of the 2020 season. 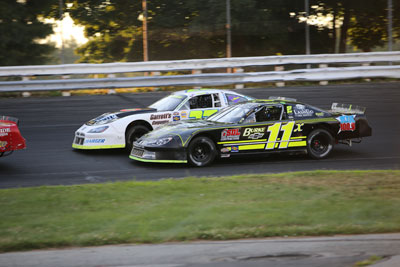 “At this point of the year, a second or a third doesn’t cut it for me,” said Leary.  “Don’t get me wrong, I’d be thrilled to just finish a race with the car all in one piece, but it’s all about going for wins at this point of the season.  If we were still in the points race, I’d take a second or third and move on to the next race but right now nothing else matters but wins.  A win in the 50-lapper would be huge for us.  It would definitely boost our team morale and the extra purse money would be great plus we want to do well for our sponsors and we always have a lot of fans in the stands.  Like everyone always says, once you win one race the second win comes a lot easier so we’re hoping if we can capitalize in the 50-lapper hopefully we can get a few more wins before the year is out.  On the other hand, I’m fortunate to be racing this year and I’m very happy for what the Arutes and Stafford do for all of us and I’m just happy to be turning left every Friday night.”

This year’s edition of the Late Model 50 will mark Leary’s fifth appearance in the extra distance race.  Last year Leary finished 5th and he also has two 7th place finishes in 50-lap events so he knows what it will take to be among the challengers for victory this Friday night at Stafford.

“With the 50-lapper, you have to get to the front at the start of the race but at the same time you also have to save the car for the end of the race, especially if there’s a late race caution,” said Leary.  “If you’re in the lead, you’re hoping that there won’t be a late caution but you never know what’s going to happen.  If we can get to the lead early enough, we can ride for a bit and make sure that we have enough car left for any late race situations.” 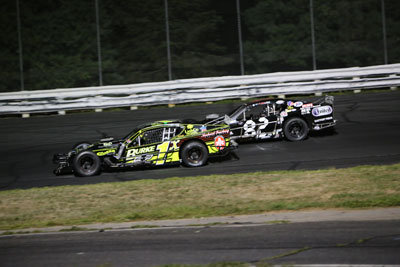 Just as he has all year long, Leary will be pulling double duty Friday night as he will also be behind the wheel of the #1 Amherst Trucking SK Modified®.  While Leary is still in search of his first top-10 finish of the 2020 season, he and his crew have made some good progress with their car and are looking to put that progress on display for all to see.

“With the SK car I’m still learning as a driver,” said Leary.  “The SK Modified® division at Stafford is so tough with probably 20 or 25 cars that are all within a tenth of a second or two of each other.  Last week I was 3 or 4 tenths of a second faster than I’ve been all year long but we got caught up in the big turn 1 skirmish.  We’ve gotten things turned around and we should have a pretty good piece for the rest of the season.”