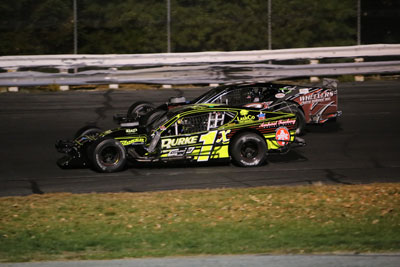 (Stafford Springs, CT)—Tyler Leary heads into the 2021 season at Stafford Motor Speedway for what will be his 6th full-time season at the Connecticut half-mile.  Leary came to Stafford in 2016 as a Late Model driver and for the past 2 seasons he has pulled double duty, racing in both the premier SK Modified® division as well as the Late Model division.  For the 2021 season, Leary will forgo racing in the Late Model division to focus solely on his #1 Amherst Trucking SK Modified® car.

“It’s going to be beneficial for sure,” said Leary.  “Instead of worrying about 2 cars we can focus on 1 and I feel like that will make it easier on myself and the team.  I’m a little disappointed I won’t be racing the Late Model this season, especially with how the Late Model field is shaping up for this year.  We’ve pretty much sold off all of our Late Model stuff so I would have to drive a car for someone if I were going to race a Late Model this season.  There would have to be some negotiating but I wouldn’t say no if somebody were to give me a call about driving a Late Model.  I’m excited to get back on track and pick up where we left off last season in the SK division.”

Where Leary and the #1 left off in 2020 was their very first top-5 finish in the final SK Modified® race of the season.  Following their career best finish, Leary and his crew have been busy this winter working on the car.

“That top-5 finish gave us a good boost for the winter,” said Leary.  “We struggled a little last year and it wasn’t just the car, obviously the driver struggled as well.  The SK’s are the toughest division around and competing with all those guys weekly it’s easy to get down on yourself and it’s sometimes hard to find positives.  I feel like we closed last year out strong and with Todd Owen and Butch Shea and all the guys at Chassis Pro we’ve gone all through the car with new front and rear clips as well as a fresh motor from Don Wood at R.A.D. Auto Machine.  I’m looking forward to the new season and I think we’ll have a good head start come Spring Sizzler time.” 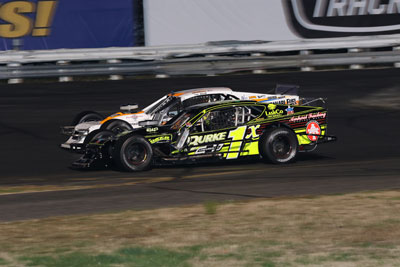 Since moving to the SK Modified® division, Leary has found it hard to replicate the success he has enjoyed behind the wheel of a Late Model.  Leary is a former Monadnock track champion and he won nearly 20 races at Monadnock to go along with 4 Late Model wins at Stafford.  But through 33 races in his first 2 seasons of SK Modified® competition at Stafford, Leary has only managed 1 top-5 and 3 top-10 finishes.  His goal for the 2021 season is to repeat his performance from the final race of the 2020 season where he ran in the top-3 for much of the race before finishing fifth.

“My goal for this season is to run in the top-10 on a weekly basis,” said Leary.  “The SK division is no joke.  It’s the best of the best with the best equipment and the best drivers.  I think some people might think that we’re just saying that when we talk about the SK division but I’m not just saying that.  It’s the toughest division in the Northeast.  You can take other drivers from other parts of the country and stick them in the SK division and they can’t do anything.  Obviously everyone’s goal is to win races, we don’t come to the track to finish second, third, or fourth, but I try to humble myself and have a modest mindset.  I’d like to prove to myself I can run in the top-5 every week with guys like Todd Owen, Keith Rocco, and Ronnie Williams.  The last 2 years have been a big learning curve for me but I want to be done with the learning curve this year and go out there and race.” 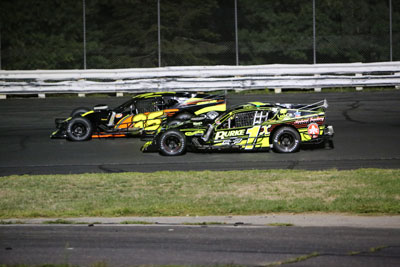 Helping Leary to achieve his goal of being a consistent presence in the top-5 and top-10 will be Todd Owen and Butch Shea from Chassis Pro.

Leary has found the SK Modified® division to be a tough nut to crack and he expects the 2021 season to be no different in terms of the difficulty level.

“The SK Modified® division gets tougher and tougher every year,” said Leary.  “There’s always new drivers and kids making the move up to the SK’s.  With last year being a short season, I know some drivers lost some sponsorship but I think everyone has recuperated in the off season and I think you’re going to see massive car counts at Stafford this year.  We have to thank the Arutes for believing in the teams and the race fans and showing everyone around the country how to do things.  Stafford is second to none and everyone knows that.”

Leary has a host of returning sponsors as well as a new sponsor for his #1 car this season. 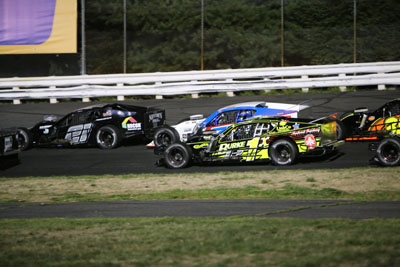 “Thanks to Chassis Pro and Todd Owen, Amherst Trucking, Kix 100.9FM, we’re going to be running an ad on the radio this year so that will be big for all our other sponsors, Raynor Garage Doors, Valley Recycling, Mass Wheel Works, Lash Co. Tree Service, SDL Home Improvement, Tom’s Hot Dogs, and we have a new sponsor this season with Smiarowski Farms in Hatfield.  We couldn’t do what we do and have the equipment that we do without everyone’s support to a big thanks to everyone for their support.”

The 2021 SK Modified® season kicks off at Stafford with a double-header of feature events on Saturday, April 24 as part of NAPA Auto Parts Opening Day festivities and Sunday, April 25 with the 49th Annual NAPA Spring Sizzler®.  Tickets for these 2 events are available and on sale now at www.staffordspeedway.com and fans are encouraged to purchase their tickets now before capacity limits are reached.