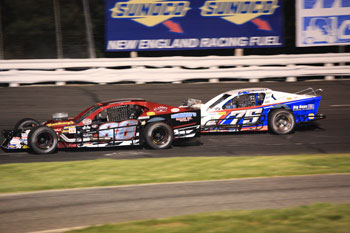 (Stafford Springs, CT)—Fresh off a 6-race rookie stint in Stafford’s SK Light Modified division in 2016 that saw him win his very first start, Marcello Rufrano was looking for big things coming into the 2017 season. While Rufrano has put together an impressive season with 2 victories thus far behind the wheel of his #88 Wheelers Automotive machine, his season got off to the worst possible start as he got caught up in wrecks in each of the first three races and recorded finishes of 24th, 26th, and 26th in those three races.

“I think it was just a matter of getting some better luck and experience,” said Rufrano. “At the start of the year, we had the worst luck you could ever imagine. We wrecked 3 weeks in a row and basically had to rebuild the right front suspension every week. As soon as we got those out of the way, it seemed like we got back to our roots and winning races and finishing in the top-5. The car has been fast all season long, we just didn’t have any luck to start out.”

With a lackluster start to his 2017 campaign, Rufrano says that frustration was starting to set in but the #88 team didn’t let their bad luck keep them down for very long. 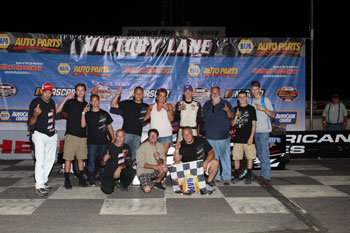 “It got frustrating because we work so hard on the car and you start to question why you’re even doing it,” said Rufrano. “In the end, it paid off because if it wasn’t for us putting in all the hard work we did, we wouldn’t be where we are right now. I think we finally got back to where we were at the end of the season last year and we’re comfortable at the track now. We’ve started to hit on some things and the car is consistently fast every week. The car is so good that normally we go out for 1 round of practice and if the car feels good then we leave it alone for the feature, we don’t make any changes.”

Since his bad luck 3-race stint to open the season, Rufrano and the #88 team have been firing on all cylinders as they have recorded 9 consecutive top-10 finishes with 7 consecutive top-5 finishes, including two wins. After the first 3 races, Rufrano had a grand total of 8 points to his name and sat 120 points out of the lead. Fast forward to the present and Rufrano has climbed all the way up to 7th in the standings, 60 points behind Cory DiMatteo in the race for the championship. Although he concedes it will be tough to win the championship, Rufrano is focused on putting his #88 in victory lane. 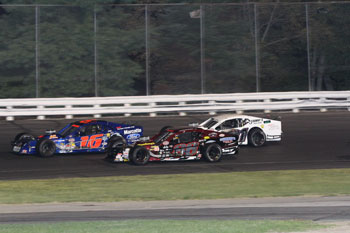 “Our goal is to go out and win races,” said Rufrano. “It would be tough to win the championship from where we are right now. The ultimate goal is to win races and have a good time. It seems like we’ve been climbing in the points every week but it would take some bad finishes from the top guys and some good nights for us to be able to catch up.”

As the 2017 season enters its homestretch, Rufrano and his team have found that his #88 car runs well on older tires, which could serve notice to the rest of the competition that the #88 car will be a weekly contender for wins.

“Our second win of the season we had 3 week old tires on the car,” said Rufrano. “It seems like after the second week of tires, the car comes to life. Stafford is a track that changes day to night and once it gets darker the car becomes an animal and goes right to the front. The car will feel good but it won’t be great during practice but during the feature it does whatever I want it to do. We’ve taken good notes throughout the season on how the car reacts with the weather that night. I think the car is perfect where it is right now and it’s a night and day difference from the beginning of this year.”

In addition to his SK Light duties, Rufrano has plans to make his Stafford Speedway SK Modified® debut at the NAPA Fall Final on Sept. 30-Oct. 1. 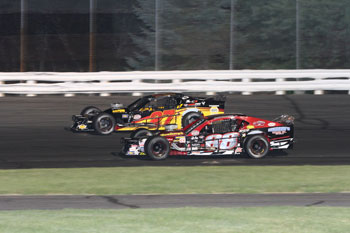 “I’ll be running an SK at the end of the year for the Fall Final,” said Rufrano. “The plan for next season is to run SK Lights at Stafford and run some races in the SK at Thompson and maybe Waterford to get a feel for the car. I want to learn about the car before I take it out weekly against the Stafford guys. I know it’s a good car and I’m excited about the opportunity and now I just need to go out and have a good finish.”

Rufrano and the SK Light division will be back in action this Friday night, September 1st along with the Valenti Modified Racing Series and Stafford’s other four NASCAR Whelen All-American Series divisions. There will be a fireworks presentation at the conclusion of feature racing events and as part of the night’s action, fans will also be able to walk the track for a $10 donation to the Intrepid Fallen Heroes Fund, which will be collected by NAPA representatives. The track walk will take place following the conclusion of the VMRS qualifying heats and before the feature events get started. Tickets for Friday, September 1st VMRS 80 event are on sale now and priced at $30.00 for adult general admission tickets, $5.00 for children ages 6-14, and children ages 5 and under are admitted free of charge when accompanied by an adult. Reserved seat tickets are $32.00 for all ages. All ticket prices include 10% CT Admission Tax. Stafford Motor Speedway offers plenty of free parking along with overnight parking available for self contained Recreational Vehicles.