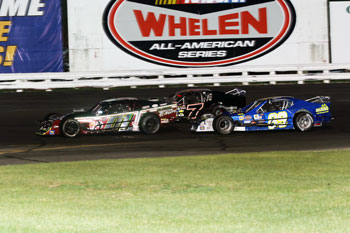 (Stafford Springs, CT)—For just about any driver, the goal is to go racing for wins and championships. Mark Alkas, owner/driver of the #89 Accu-Lift, Inc. SK Light at Stafford, had a different goal in mind when he began racing in 2015. With only some minor go kart experience on his racing resume before he jumped into the SK Light division, Alkas had a plan to start a team and go racing in order to learn as much as he could about his car so that he could one day turn the car over to his son Tyler and become an owner/crew chief.

“My whole thought was to be able to learn the car because my son is racing Bandoleros right now,” said Alkas. “He’s 13 now and he’ll be 14 next year and the whole purpose was to build this up for him. I had never raced anything before I got into the SK Lights. I’m good friends with George and Tyler Hines and I got my first SK Light car from them. They helped me out with the car before I sold it and got a SPAFCO car from Ken Barry. Ken has been a big help and anytime I need something I can call him up and he’ll tell me to try this or do that. I can’t say enough good things about Ken and SPAFCO and we have a fast car. My whole thing was to learn as much as I could about the car because I don’t have a big sponsorship behind me or anyone helping me out. During the week, it’s basically myself working on the car and my son and my father help me out when they can at the shop and at the track.” 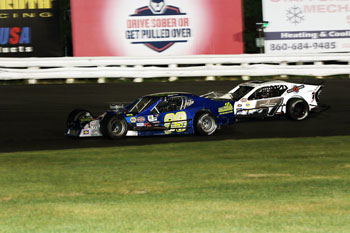 After his rookie season in 2015, Alkas has driven a partial schedule from 2016-2019 with a total of 5 top-10 finishes in 57 starts. The performance of the #89 car was taken to a new level on August 9 as an opportunity arose for Mark Bakaj, who has driven the #76 RH2Way Radios car owned by Gino DiFilippo for the last 2 seasons, to get behind the wheel. In their first race together, Bakaj piloted the #89 to victory after a thrilling duel with Jonathan Puleo.

“Paul French called me about Mark not having the funds to continue in the 76 car and he asked me what I thought about putting Mark in the car,” said Alkas. “Winning that race was a good feeling and it was satisfying. I knew the car was capable of winning and I’m glad because it showed everyone that the car is a winning car. I feel like the car is a top-3 or top-5 car and Mark’s talents as a driver made the car that much better. With myself driving, it was never about me as the driver, it was about learning the car enough to where I could turn the car over to someone like Mark or my son and be able to give them a winning car to work with. It was all about being able to build something bigger than me and I’d rather see my son or someone else like Mark have success driving the car.” 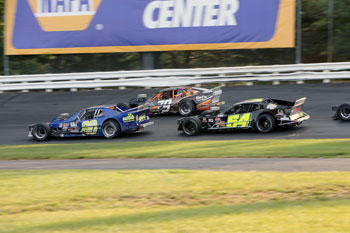 Barring any major catastrophe on the track, Bakaj will finish out the 2019 season behind the wheel of the #89 car and then Alkas will figure out what his plans are for the 2020 season. With the team’s first win now under their belt, the plan for Alkas is to try to procure some sponsorship that would possibly allow the team to field two cars next season.

“Mark will be in the car for the rest of the season as long as we have no major wrecks and we can keep the car on the track money-wise,” said Alkas. “My main goal will be to find some sponsorship over the winter to possibly add a second car to our stable where we could have Mark drive for us again if that’s something he would want to do and then have a second car as a backup car that my son would eventually take over. Right now I have Alkas Motorsports, which is the couple guys I have helping me out, Accu-Lift, Inc. is my Dad’s business, and SPAFCO, so some sponsorship would be huge for us. I have never really gone out and looked for sponsors because when I was driving, I wasn’t really pushing the car and it’s hard to get someone to come on board and buy into what I was trying to do. Now I can sit down with someone and explain to them that a driver like Mark is able to get good results.”

Bakaj will go for his second win in the #89 car this Friday night, August 23 as part of the Back 2 SKool Blitz / Maybury Night program. Stafford’s five weekly divisions along with the Tiger Cubs division of Wild Thing Karts will all be in feature action this Friday as well as 2 kid’s big wheel races. There will also be bounce houses, games and prizes on the midway, bike raffles, and local team mascots on hand. All kids 14 & under are admitted free for the Back 2 SKool Blitz program while Adult General Admission Tickets are $20 and Reserved Seating is $23 for all ages. All ticket prices include 10% CT Admission Tax. Stafford Motor Speedway offers plenty of free parking along with overnight parking available for self contained Recreational Vehicles.