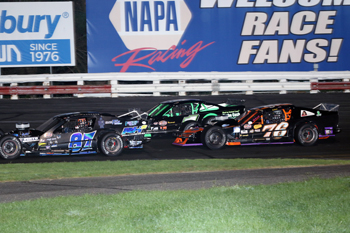 (Stafford Springs, CT) — In 2018, Lebanon CT native, Mark Bakaj returned to weekly SK Light competition behind the wheel of the #76 RH2Way Radio Communications Chevrolet at Stafford Speedway. Bakaj won 2 races and finished the season 3rd in the points standings. Mark and the team are looking to continue their successful ways in 2019 and once again be a contender for the track championship.

“I’m very excited for the new season and I’m looking forward to it,” said Bakaj. “We have a few ideas that we want to try with the car to find some more speed in it and have some good runs. We had some good speed in the car last year but just like any racer, we want to find more. Everyone else in the SK Light division is searching for more speed so we don’t want to fall behind. I’d say championship or bust would be a fair bet for us. I wouldn’t mind if it came down to me and Bryan [Narducci] at the Fall Final again like it was Bryan and Marcello [Rufrano] this past season.” 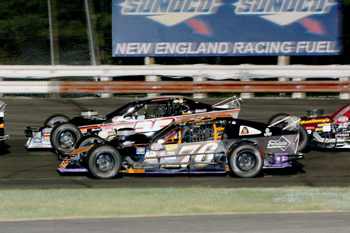 Just looking at the numbers from Bakaj’s 2018 season; 2 wins, 14 top-5, and 15 top-10 finishes to go along with a 3rd place finish in the points standings; one could surmise that Bakaj and the #76 team had a great season with little to no trouble. But the reality of the 2018 season was a season of two totally different halves. The first six races of the season were a struggle for for Bakaj and the #76 team as they tallied up four finishes of 16th or worse and sat 16th in the points standings. In the final 15 races of the season, there might not have been a better car on the track than Bakaj. Bakaj and the #76 team racked up 12 top-4 finishes, including 2 wins, and he climbed from 16th in the standings all the way up to third at the end of the season.

“We didn’t win the championship and we didn’t win enough races last year, but all in all things went well for us,” said Bakaj. “You always want to do better but I was very happy with how well we ran. It wasn’t a bad thing to get all our bad luck out of the way at the beginning of the season. Those races definitely hurt us and put us behind. I didn’t expect to finish anywhere near where we ended up finishing in the points last year. We definitely put things together and we had a good, solid second half of the year. To be honest, I put the performance more on myself than anything else. I hadn’t been racing on a consistent basis for a while and I had to learn the other guys that I was racing against and where to be and where not to be on the track. Once I finally put that all in place, I think that’s where the difference came for us. We had a fast car in those first couple races but I was driving kind of conservatively not knowing the competitors.” 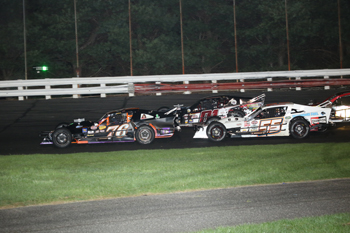 Now that Bakaj has properly re-introduced himself to SK Light competition, he feels confident that the troubles that plagued him during his first 6 races of the 2018 season won’t hinder him again at the start of the 2019 season and all he has to worry about now is the tough competition that he will be facing every Friday night in pursuit of the checkered flag.

“I’d say we’re going to be coming out of the box swinging this season,” said Bakaj. “I feel confident from how we ended last season. The last race at the Fall Final I started 24th and ended up finishing 4th, so that was a good run through the field for us. I wish we had a couple more laps, we might have had a podium finish or a win, but I’ll take a 24th to 4th run. It’s going to be tough to win races this season, there’s a lot of fast guys. I’m sure Bryan [Narducci], Mikey Flynn, and Teddy Hodgdon will all be quick again and I’m sure there will be a couple of new kids coming up who will be quick as well. We have great support from RH2Way Radio Communications, Horsepower Hill Racing, Art’s Radiators, Super Clean, Bakaj Construction, and Ferndale Construction and a great crew with Paul, Dean, Debbie, Frank, Jay, Cop John, Joey, and P.J. My goal is to win every race and if we can come close to that I’d be pretty happy.” 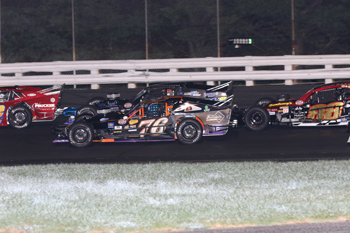 In addition to racing in the SK Light division, Bakaj will also be looking forward to the three open modified events to be held at Stafford this season, the Open Modified 80 on May 10, the Twisted Tea Open 80 on June 14, and the Bud Light Open 80 on July 12.

“My father is putting together a new tour type modified so we’re looking forward to running the open modified shows again at Stafford and we’d really like to have some strong runs in those races,” said Bakaj. “I like the sheer power of the cars. You can drive the SK Light car pretty much on the ragged edge for the whole race but with a Tour type car you’ll burn the tires up. Those races are always a lot of fun.”