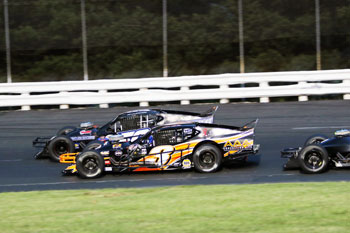 (Stafford Springs, CT)—When the green flag falls on the 2019 season at Stafford Motor Speedway, one of the busiest drivers in the paddock area will be Meriden, CT native Matt Galko. The driver of the #3 AAA Consulting, LLC. Chevrolet will once again chase after the SK Modified® track title but he will also be driving his own car in the three Open Modified 80 events on the 2019 Stafford calendar. In addition, Galko is also looking into the possibility of making his NASCAR Whelen Modified Tour debut this season.

“This year is definitely going to be a little different than past seasons,” said Galko. “We bought an open modified motor from Mike Pettit and we’re going to run the Open Modified 80’s at Stafford and the Tri-Track Series along with racing the SK Modified® every Friday night. We bought a new Troyer chassis last year to run the SK season and that car will now be our tour-type modified and we’re going to race our Troyer chassis that we ran in 2017 and won 2 races with in the SK’s this year. Hopefully that will help change our luck a little bit with the SK. I’m also working on a deal to drive a Whelen Modified Tour car for someone for the three Stafford races, Seekonk, and New Hampshire, but nothing is set in stone just yet. I’m really looking forward to seeing what we can do with our own tour-type car in the Open 80’s. I’ve been very fortunate to have the opportunities that I’ve had so far driving for other owners in tour-type cars but I think it was the right time for us to try out our own family owned tour type car.” 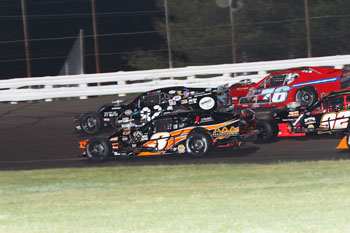 Although Galko went winless last season, he finished a career best fourth in the points standings. Galko also nearly completed every lap of the 2018 season, missing only 13 laps when he lost the transmission in his car. With 8 career wins and 2 SK Light championships in only 2 seasons of SK Light competition, Galko is looking to get his #3 machine back into NAPA Victory Lane this season and be a contender for the championship.

“We were really proud of ourselves being in the top-3 of the SK standings for most of the season and being within striking distance,” said Galko. “If we could have taken away some of our bad races and replaced them with some top-5 finishes, we would have been right there. We want to get back to victory lane and if we can do that and have some consistency, I think we can be contenders again this year. In 2015, I was fourth or third in points and Eric Berndt won like 2 of the last 3 races and we lost a spot at the end of the year and that happened again last year with Mike Christopher, Jr. winning the last 3 races and we finished 4th instead of 3rd. Another thing we were really proud of last year was the fact that we finished all but 13 laps during the season. There was one race where the car wasn’t that great and we were just riding to the finish and the transmission died with 13 laps to go so we were that close to completing every lap last year. I think that was a big reason why we were able to be in the championship hunt and if we can do that again and get some better finishes that would be a good combination to win a championship. It’s been awhile since we last won a championship at Stafford and we’d really like to get back to sitting at the champion’s table at the banquet. I have to thank our sponsors NAPA Fazzino Auto Parts, A & R Auto Body, AAA Consulting with Tim Rowe, J.M. Rose Lawn Care, Duchess Restaurant, DMW Graphics, and everyone on the crew that comes out on Friday nights and during the week in the shop. I hope we can get some good finishes this year to repay everyone for all their help and support.” 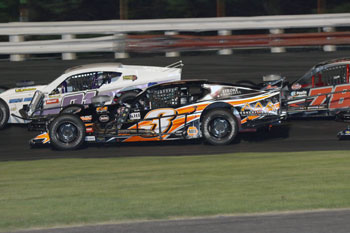 With Galko returning to the car that carried him to his 2 career SK Modified® wins in 2017, another feather in his cap will be having Stash Butova helping turn the wrenches on his #3 car. With the combination of Butova and his older car, Galko is excited about his prospects for the 2019 season.

“Last year it always seemed like we were missing something with the car,” said Galko. “We never could get that new Troyer chassis to hook up like our older chassis. Bringing back the older chassis that we know really well will help us out. Stash Butova was helping us out for the last couple of races last season and he was a big help for us. Stash will be helping us again this season and with the combination of his knowledge of Stafford and our knowledge of our older Troyer chassis, I think we can be a threat to be up front every Friday night. We had some good runs with Stash at the end of the season so I’m excited to see what we can do with an entire season together.”

Galko’s consistency last season allowed him to finish fourth in the standings at the end of the year, but he knows he has to find some more speed in his #3 car if he is going to challenge for his third track championship at Stafford. 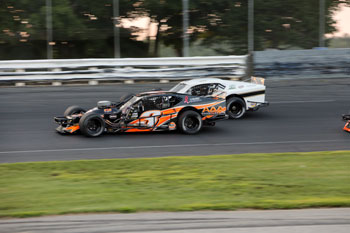 “I think Stafford is the toughest place to race with the knowledge and experience that the teams have,” said Galko. “If you don’t progress along with everyone else, before you know it you’re going to be behind and fall outside the top-10. You have to be on top of your game all the time at Stafford. If you miss just one thing on the car, it’s that easy to fall behind the competition. I think the biggest thing for us would be to get the balance right on the car. We have good equipment and we get into good positions with our strategy, we just need to find the fine line with what the car likes. We seemed to have some good long run speed but with the SK’s you don’t typically get a lot of long runs so we’re working on getting the car to fire off a bit quicker and keep the balance as the race goes along. If you look at guys like Keith, Ronnie, and Mike, Jr., their cars seem to never fall off where our car might be good for a couple of laps but doesn’t last. It sounds easy just saying ‘we need to make the car better’ but it’s easier said than done. It’s an honor to be able to race at Stafford every week and hopefully we can get back to being one of the top dogs every week.”