Matt Vassar Puts Season of Struggles Behind at Stafford 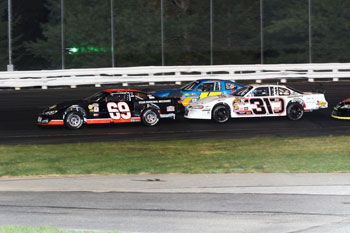 (Stafford Springs, CT)—The 2017 Late Model season at Stafford Speedway has seen its fair share of struggles for Matt Vassar and the #69 Don’s Home Improvements team. The team got a late start to the season, missing the first three races of the season before making their debut on June 2nd. Through their first 10 starts, they accumulated 1 top-5 and 5 top-10 finishes, but the team put their season of struggles behind them this past Friday night with a second place finish that saw Vassar take the lead at the green flag and lead the first 27 laps before Glen Reen took the lead on lap-28 and led the final 3 laps of the race.

“The race last Friday was thoroughly satisfying,” said Vassar. “I go to the track every week to have fun. It was great seeing the reaction of the crew guys, the car owners, my friends, and the sponsors that were on hand. Their excitement was what made it really fulfilling for me. It made me happy to see how much fun everyone had and I have to thank all our sponsors for their support this season. Don Cote and Don’s Home Improvements, Ackert Electric, Hair Trendz, Your Personal Mechanic, and the Rent A Racecar guys, who have helped me a bunch.” 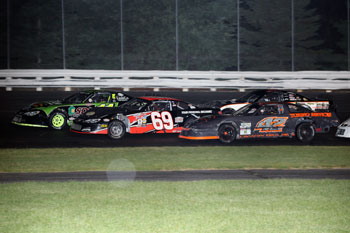 In addition to winning for all of his crew members and sponsors, Vassar has some special motivation that is driving him to pick up his first Late Model win at Stafford.

“I have a deep down personal reason why I’m trying to win a race,” said Vassar. “My Mom has stage 3 cancer so I’m trying really hard to get a trophy for her. That’s the reason why I was maybe a little more aggressive than I needed to be at the end of that race last Friday.”

While Vassar is still a newcomer to Stafford, he is no stranger to winning races or championships. Vassar has raced and won at tracks all over the Southeast, ranging from Pensacola, Lanier, Mobile, Gresham Motorsports Park, New Smyrna, and Montgomery with 2 championships to his name while racing at Gresham. Vassar admits that the transition to racing at Stafford has been tough with having to learn a new track and a new style of racing, which was compounded by the team getting a late start to the year. 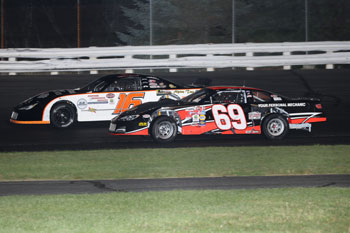 “I’ve found that some things have been difficult and some things haven’t,” said Vassar. “I think the right word to use is adjustment. I’ve had to adjust to the style of racing at Stafford and I’ve had to adjust to the track. Learning the line and what you need for a chassis setup so we can have races like we had last Friday has been a struggle. Getting track time was the biggest thing for me, I needed track time and the car needed track time so I could figure out a setup combination. I think we could have been up to speed a lot sooner if we had run those first three races. Getting started late set us behind the 8 ball a little because I had never set up a car for Stafford in the past. I helped Paul Varricchio out with his car last season but his chassis is different from the one I’m driving now. We had hit on some setup stuff and we had been on old tires for the last 5 or 6 races, so between throwing 4 fresh tires on and going back to a setup we had tried earlier, that gave me the balance I had been looking for. I was able to rotate through the center of the corners a lot more than I have all year and I was able to put the power down.” 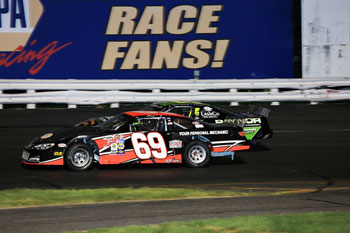 After picking up the second place finish in a season full of struggles, Vassar is confident that he and the #69 team can replicate their good finish in the final three events of the 2017 season and possibly find themselves finishing one spot better in NAPA Victory Lane where Vassar would join his father Larry as a Late Model feature winner at Stafford.

“I feel like with what we’ve learned about the car we have a legitimate shot at possibly winning a race,” said Vassar. “I’m excited to get back to the track and I was wishing we could have raced Saturday. I think everyone would be ecstatic from the owners to the sponsors. The guys on the team, some of them haven’t been to victory lane in years and some of the guys have never been to victory lane. It would be an amazing experience for all of the guys and especially to do it at Stafford, which I think is one of the hardest places to win at in the country. It would be awesome to join my father as winners at Stafford in the Late Model division.”

Should Vassar pilot the #69 machine into NAPA Victory Lane in one of the final 3 races of the 2017 season, he would become the 9th different driver to win a Late Model feature this season and he would join Paul Arute as a rookie feature winner. Vassar and the Late Model division return to feature action this Friday night, September 15th as part of a 5-Star Series program at Stafford. Tickets are priced at $17.50 for adult general admission, kids 6-14 are $5.00 and kids 5 & under are free. Reserved seating is available for $20.00 for all ages. All ticket prices include 10% CT Admission Tax. Stafford Motor Speedway offers plenty of free parking along with overnight parking available for self contained Recreational Vehicles.