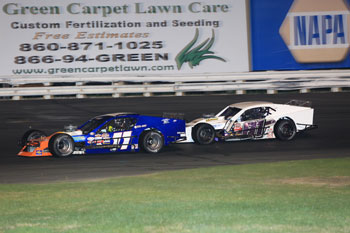 (Stafford Springs, CT)—After a rookie season recording one top-5 and four top-10 finishes, Plantsville, CT native Matt Vassar is ready for bigger things in 2019. Vassar, who had never driven a modified, spent the majority of his rookie season learning about his car and the competition as the driver of the #11 Hummel Brothers Hot Dogs Chevrolet. Vassar and his crew have made several upgrades to the #11 machine, which has him optimistic about becoming a front runner in 2019.

“We’ve updated our Raceworks car with a new front clip from Eddie Flemke and also changed some other small things on the car with some technology gains that Eddie has made,” said Vassar. “We refreshed our Pettit motor and bought a second motor from him that we’re going to use in the second half of the season. Last year we didn’t really do a lot with the car because I was still pretty green in a modified. Now that I have some experience, we can go after it hard and get the car going a lot better. Our goal is to win a race. We want to finish minimum top-10 in the points standings and we’d like to be a challenger for a podium finish every week. We didn’t win Rookie of the Year last year and even though we didn’t take that trophy home, we want to show everyone that we plan on collecting a few other trophies this season. We have great support from Hummel Brothers Hot Dogs, Raceworks, Apollo Refrigeration, R & C Auto Body, Don’s Home Improvement, Ackert Electric, BR Wraps, and we have a few more sponsors that are in the works.” 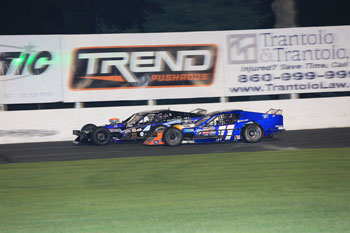 As is the case with most racing drivers, Vassar and the #11 team began to run better as the season progressed and he gained experience behind the wheel. Vassar scored two of his four top-10 finishes in August, including his season best finish of 5th on Aug. 24. With the experience he gained during last season combined with the new parts and pieces he will be carrying on his #11 car, Vassar is ready to break out.

“I think we should be pretty close when we start the season,” said Vassar. “I look at where we were at the end of the season when we ran the World Series at Thompson and we were a top-5 or top-3 car but we lost the motor. I know Thompson is a totally different track but you race with a lot of the same guys that race at Stafford. I think with what we learned about the car at the end of the season we should be in the ballpark. Now I have a better understanding of where I want the car to be, where I can make moves in traffic, and how we can get more speed out of the car and be more competitive with the cars that were quick last season. With the SK Modified®, any variables that you can eliminate, the better off you’ll be. Sometimes you can go too far out of the box and that’s when you start to get in trouble and we did that a couple of times last year.” 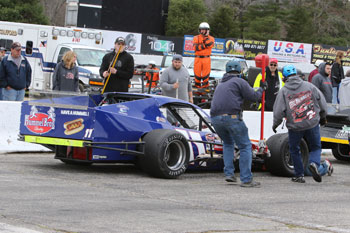 Vassar will also be looking to have some luck on his side as it seemed like he was always in the wrong place at the wrong time during his rookie campaign.

“Last season we had some good nights and some not so good nights,” said Vassar. “I think we got better towards the end of the season and I would say the story of our season was it was a bad luck year for us. On nights where we had a good car we had no luck and the nights where we didn’t have a good car we didn’t catch any breaks either. A great example of how our year went was the night of the TC 13 Shoot Out. We were proud to be one of the 13 cars that qualified for the TC 13 Shoot Out, but we had some transmission issues that night and I had to drive both the 40-lap race and the 13-lap TC race holding the car in gear with one hand, which is pretty tough to do at Stafford.” 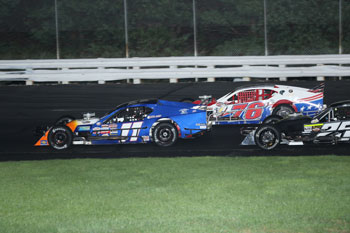 While Vassar’s rookie season might not look like much on paper, both he and his crew will be coming into the 2019 season with a heightened sense of confidence following their top-5 finish at the end of August and their end of the season performance.

“Getting that top-5 was huge for us,” said Vassar. “It showed the team that we could do it and I showed myself that I could get a top-5 finish. It gave us a good direction to go in with the car. We went to a couple of other tracks after the Fall Final with our Stafford setup and we were pretty quick and that really helped boost everyone’s confidence that we were a capable team.”

As one of the only Raceworks chassis competing on a weekly basis at Stafford, Vassar says that fact can be both an advantage and a disadvantage.

“With chassis like Troyer, CD, or LFR, there are a lot of those cars and they have strength in numbers,” said Vassar. “While those chassis have a lot of customers, they don’t get the attention from the chassis builder that I get from Eddie Flemke by running a Raceworks car. Eddie also spotted for me most of last year and he helped me to get up to speed with all the experience that he has. I think that where we are now with the new technology that Eddie has given us I think we can be right there with the front runners.”